Using a special technique that captured three black and white photographs in succession, the pictures could then be combined using red, green and blue filters to create realistic color. The result is vivid photographs that look startlingly modern.

The world that Prokudin-Gorskii carefully documented was soon to be destroyed by the Russian revolution, and he would leave Russia himself in 1918 for France. However, these amazing photographs remain as a vivid reminder of Russia's diverse peoples and rich history. 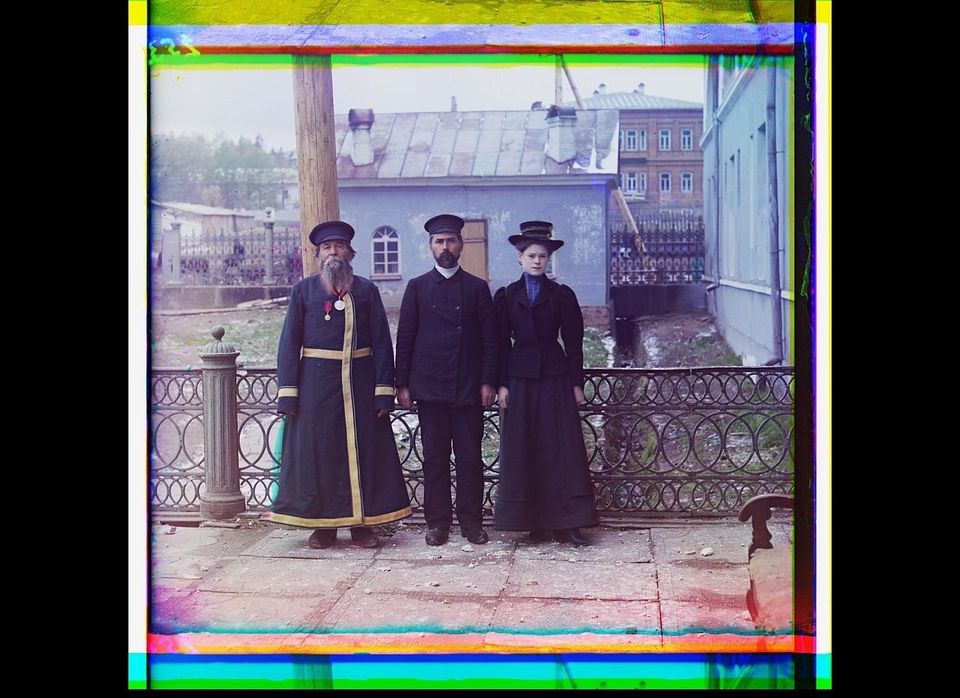 1 / 24
Three Generations, 1910
A.P. Kalganov with son and granddaughter. The last two work in the shops of the Zlatoust plant
Prokudin-Gorskii Collection/LOC