(AP) STOCKHOLM — A maritime expert says a 12-foot (3.65-meter) Giant Oarfish - the world's largest bony fish - has been found in Swedish waters for the first time in 130 years.

Also known as the "King of Herrings," the dead fish was picked up by a west coast resident who found it floating near the shore over the weekend. It was handed over to The House of the Sea aquarium in the town of Lysekil, where expert Roger Jansson says it's being kept pending a decision on what to do with it.

Johansson said Wednesday the Giant Oarfish can grow up to 36 feet (11 meters), and is believed to live in deep waters. He says the last recorded discovery in Sweden was in 1879. 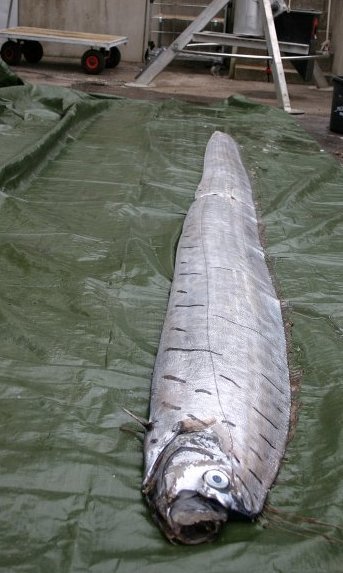 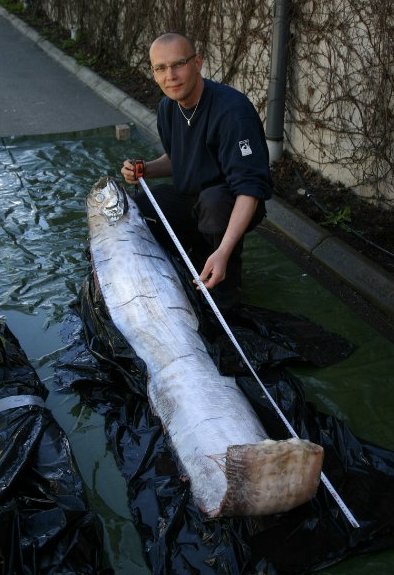