Timing is everything in the Amazon rainforest. So when Jeff and I heard that there was a harpy eagle nest near the Refugio Amazonas jungle lodge, we knew that we had a narrow window of opportunity to see these rare birds caring for their young.

Why are harpy eagles so cool? For one, they are the largest eagle in the Americas and are considered the most powerful bird of prey in the entire world. With tarsal claws 5 inches long and a wingspan of up to six and a half feet, these beautiful and formidable predators make quick meals out of monkeys and sloths. 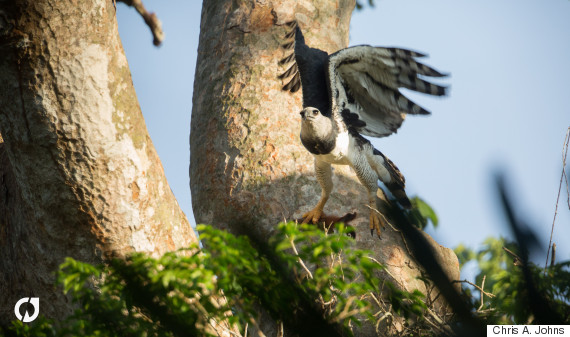 An adult harpy eagle brings back a howler monkey for breakfast. Image by Chris A. Johns

This last reason made things tricky. If we wanted to film this nest, we were going to need to be high up. So we grabbed our camera equipment, ropes and harnesses, then climbed up 100 feet into the canopy to observe this rare harpy eagle chick. 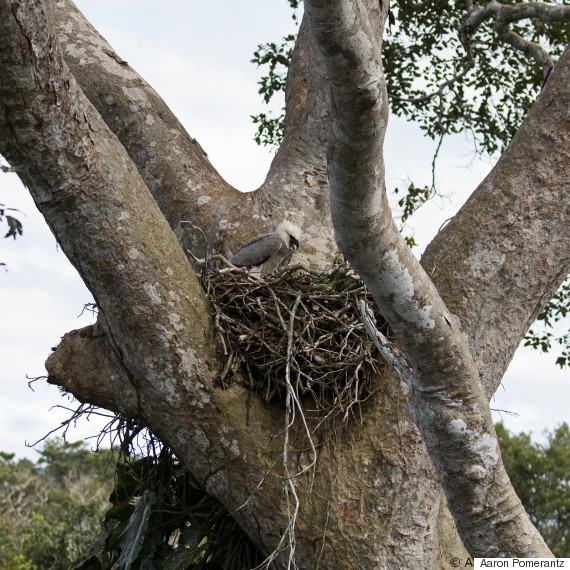 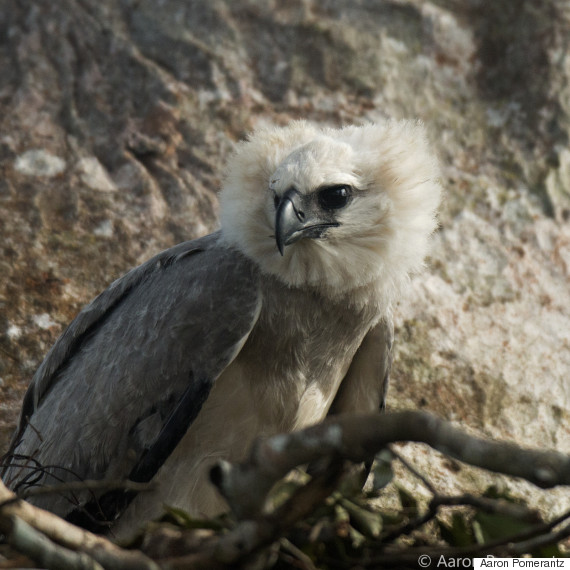 The view from the canopy was pretty incredible. We could overlook the seemingly limitless green rainforest and were eye-level with the nest. Jeff's camera equipment came in handy -- although we were around 30 meters away from the nest, the 600mm and 800mm lenses caught some really sharp footage of the chick.

The harpy eagle chick is about 6 months old and looks strong and healthy. The adults have been visiting the nest less frequently and the chick is becoming more active, which indicates it may fledge soon.

All in all, the journey was well worth it. Everyone was safe getting up and down from the canopy and the eagles were not disturbed. We feel very fortunate to have seen such an incredible animal in its natural environment and hope to see the chick return someday as a full grown adult with a wild mate of its own. 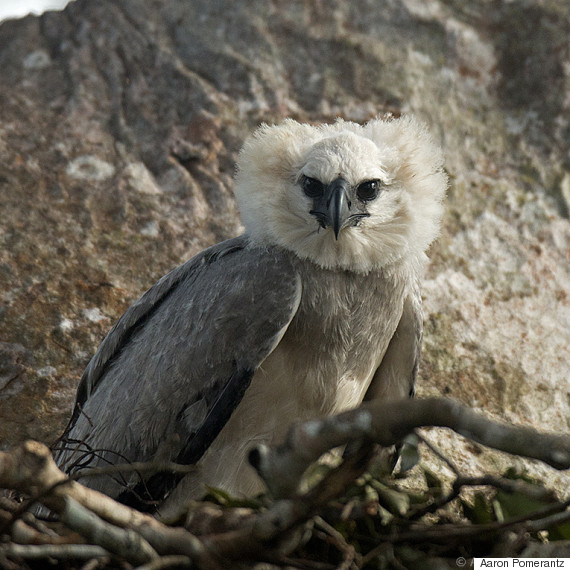 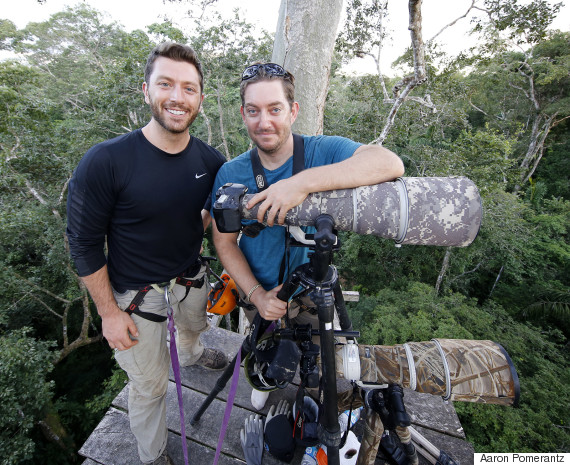 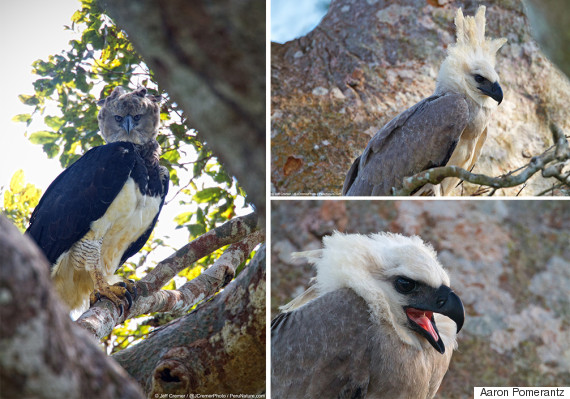 Rainforests Around The World