When John F. Kennedy married Jacqueline Bouvier on Sept. 12, 1953, one of their guests told a reporter from Life magazine that the wedding was "just like a coronation."

Now a rare set of photos from their stunning Newport, Rhode Island, affair is being shared with the public before they are auctioned off later this month. 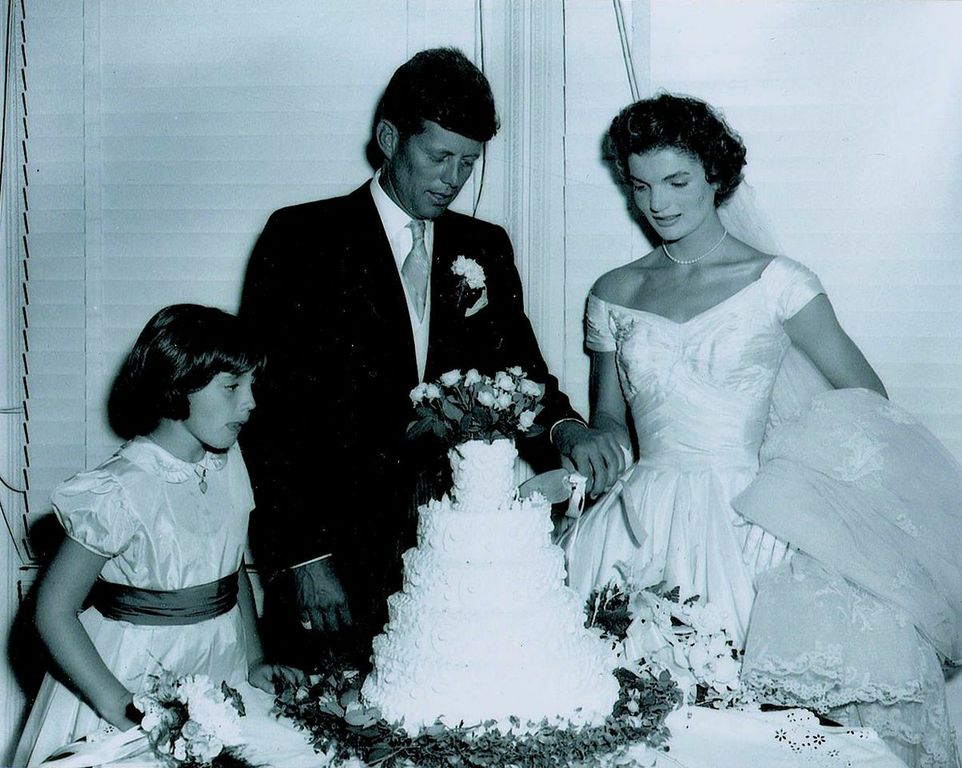 Thirteen negatives, which are believed to be unpublished, were found in the home of freelance photographer Arthur Burges, a backup shooter for the occasion. His family uncovered the keepsakes in his darkroom after his death in 1993.

Boston-based RR Auction is selling the negatives in their original folder along with a set of prints made from those negatives on their website. Bidding began on Sept. 26 and runs through Oct. 15. You can check out some of those photos below or visit their website for more information:

CORRECTION: An earlier version of this story identified Jacqueline Kennedy Onassis as Jackie O in the headline. At the time she married John F. Kennedy, her name was Jacqueline Bouvier. The headline has been updated to reflect this.


Looking Back At JFK and Jackie's Wedding