Poet, playwright and professor Amiri Baraka was an important figure in the Black Arts Movement, known for his firey and outspoken demeanor before his death in 2014. His son, Newark Mayor Ras Baraka, who confirmed his father's death to the public last year, joined HuffPost Live last week and reflected on his powerful legacy.

The mayor remembered his father's brave work, which championed the black experience and was notoriously divisive amongst critics. "My father was an incredible man. He was outstanding, and the kind of impact that he's had on Newark is going to be felt for centuries," Ras told host Marc Lamont Hill.

He also explained the power of art -- everything from prose to poetry -- in effecting social change.

"Some of the problems that we have can begin being addressed by art," Ras said. "People don't necessarily believe or can't see that. I think you do better dropping a thousand artists into a community than a thousand cops. So I think [my father's] impact, even on my personal life, has been great." 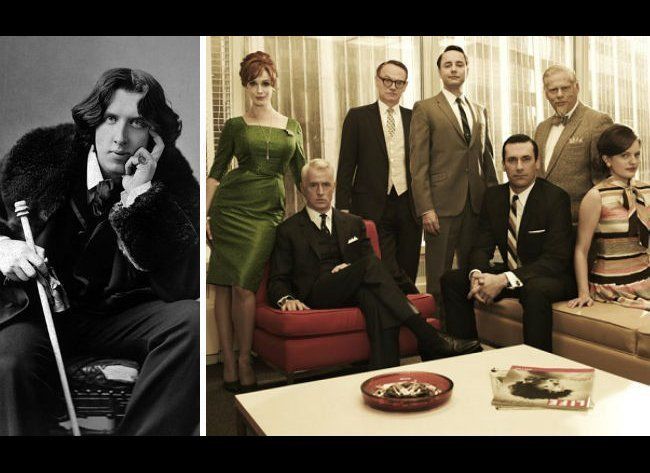 1 / 6
Oscar Wilde/Mad Men
The glamour, the banter, the covert homosexuality -- there's a lot in common between AMC's prettiest show and the works of Oscar Wilde, a playwright who liked pretty things. Wilde was famously an advocate of aestheticism, inscribing his seminal novel "The Picture Of Dorian Gray" with the statement: "All art is quite useless," <a href="http://www.bu.edu/writingprogram/journal/past-issues/issue-1/duggan/" target="_hplink">a dramatic way of saying</a> that what's compelling to look at needn't serve any useful purpose. If that isn't a defense of the advertising industry, we don't know what is. Then there's the overt link: Don Draper fled his hometown of Bunbury for a new life, a <a href="http://www.nybooks.com/articles/archives/2011/feb/24/mad-men-account/?pagination=false" target="_hplink">nod to the code word</a> Wilde's male leads coin in "The Important Of Being Earnest" to reference their duplicity.
Wikimedia