In June, Tabasco debuted a new flavor: Raspberry Chipotle. This new flavor joins the collection of seven other Tabasco sauces, including their own version of Buffalo Sauce, which also debuted this year. It's a scary thing to come in as the new guy to a group that is already so well-established. We wanted to find out: does Raspberry Chipotle deserve a seat at the table?

While it might not eclipse the original, Raspberry Chipotle was very positively received by our tasters. It had a nice balance of vinegar and fruit -- one that might work very well as a sauce for chicken, for example. It was thicker than the original Tabasco and felt more like a proper sauce than something you'd lightly shake onto your food. But the real kicker is when you mix it with olive oil. Then, you have a bona fide salad dressing, considerably better than a lot of the bottled varieties out there. Although the original Tabasco is still rather mild among the pantheon of hot sauces, Raspberry Chipotle is even milder than that.

Final verdict: It's like a bottled marinade, but a pretty good one.

Raspberry Chipotle Tabasco is available for $5.25 on Tabasco.com.

Raspberry Chipotle Tabasco Taste Test: New Flavor Is Good For Dressings Or On Its Own
Sriracha Recipes 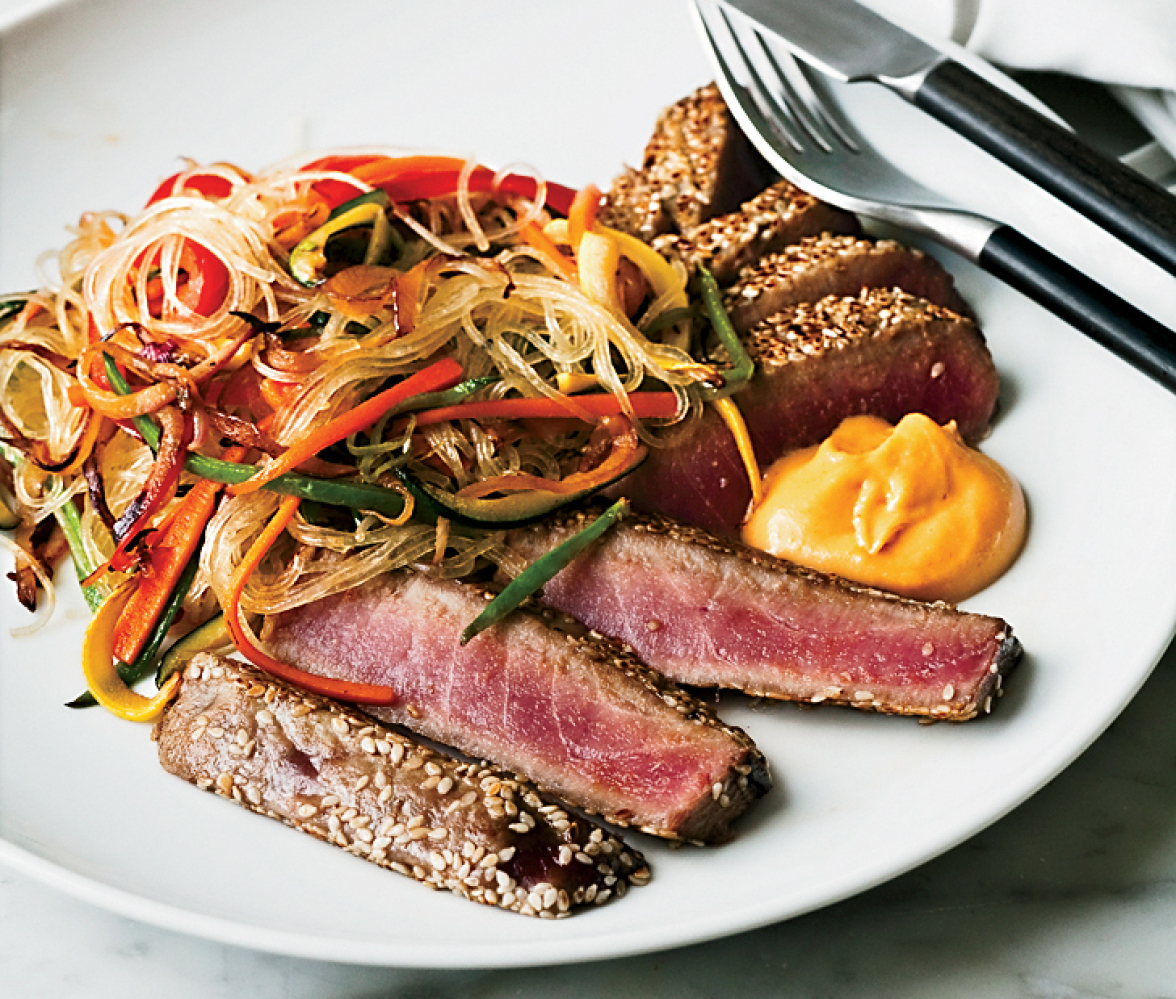 1 / 10
Sesame-Crusted Tuna With Ginger Cream
This tuna recipe makes a light and healthy dinner. It takes just minutes to sear the tuna, and when served with a side of sesame noodles it makes a complete meal. The ginger sauce is spiced with sriracha, giving this dish just the right amount of heat. <strong>Get the <a href="https://www.huffpost.com/entry/sesame-crusted-tuna-with-_n_1058677" target="_hplink">Sesame-Crusted Tuna with Ginger Cream</a> recipe</strong>
Quentin Bacon/Food&Wine