The first 30-second spot began appearing this week on TV stations and cable channels throughout Illinois as part of an $826,000 campaign by Turnaround Illinois, an independent expenditure committee established in April. Chicago businessman Sam Zell donated $4 million to the committee on April 17. Rauner added $250,000 on April 30.

The ad singles out Madigan for blocking Rauner's business and political reforms, but its tone is not abrasive. It ends with Rauner reminding viewers that they elected him to change how things work in Springfield. 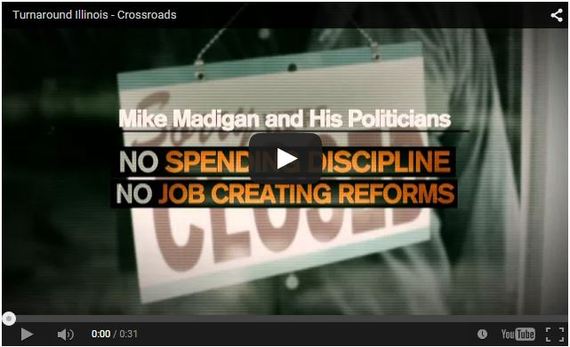 Check out more commentary on Rauner's ad at Reboot Illinois.

In early 2015, Madigan proposed an idea to erect a statue in honor of former U.S. Speaker of the House Dennis Hastert. Hastert, who is now under federal investigation for subverting banking laws, possibly as part of a "hush money" scheme, said "No thank you," to the $500,000 statue, according to the Illinois News Network's Scott Reeder. Check out what Reeder thinks the whole episode means at Reboot Illinois.