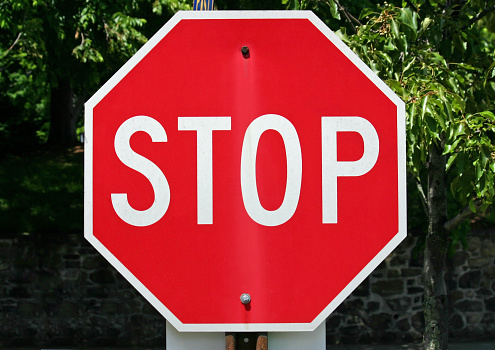 I have two master's degrees and am about to complete my Ph.D., but I have to wonder: would former Cosby star Raven-Symoné not hire me because of my "black-sounding" name?

Raven-Symoné started a controversy recently with her comments on The View after an airing of an enormously popular video, "Top 60 Ghetto Black Names," on YouTube. One of the names, "Watermelondrea," won a hearty laugh from Raven-Symoné, and she quickly said--with no sense of irony or hypocrisy given her own "black-sounding" name--that she'd never hire someone with such a name.

I have to confess that some of the other names in the clip, names like Spongebobeeshia and Cellularphoniqua, at first struck me as absurd. My reaction was like that of many people commenting on the video, African Americans included. A name at first seeming strange or absurd, however, is not valid grounds to refuse to hire someone.

After hearing the comments, I got to thinking about why I should react in such a way. After all, a person's name is sacred. It can connect you to who they are, their history, their identity. Parents have the right to name their children whatever they want, and the rest of us should respect that.

I also got to thinking about my own experiences as someone having a stereotypically "black-sounding" name. Despite my physical appearance and being white in terms of my race and ancestry (as far as I now know, though, since accidentally discovering I was adopted, much of my ancestral history has been obliterated), the question, "Are you black?" is something I've gotten since grade school. I got it in Scouts, in junior high, high school, college, grad school, at work, and when I've helped people move. It's a question I've gotten from whites as well as African Americans. Some have asked out of simple curiosity, others out of confusion over the perceived disconnect between my name and appearance. More than one has asked with a visible sense that, had I answered "yes," I would have been seen as "exotic" or "dangerous."

It's a question that's haunted me when I've applied for jobs. After completing my first master's degree, I found it exceptionally hard to get callbacks for jobs I'd applied to despite having an advanced degree, strong credentials, and experience in the job roles I was applying for. For a long time I wondered what was going on. I thought maybe the market was oversaturated with applicants.

Then I learned of research showing that stereotypically "white-sounding" names like Greg and Emily receive 50 percent more callbacks for job interviews from prospective employers. Researchers found that the racial gap was consistent across industries, employer sizes, and occupations when they sent out the same resume to apply for the same jobs, altering only the name of the applicant to make them sound stereotypically white or black. Even so-called "equal opportunity" employers were guilty of discriminating.

It soon became clear what was happening. In person, and for those not knowing I'm Native American, I had (and continue to have) the unearned privilege of a white man. But before I could get in the door I was experiencing a very small fraction of the blatant racism directed at many African Americans. And that was enough to significantly extend the length of my job search, to make my bills pile up, to increase my stress and anxiety, and so much more.

Intentionally or not, those are the results that Raven-Symoné and many "equal opportunity" employers are perpetuating when they discriminate against people with "black-sounding" names.

In response to a series of stereotypically "black-sounding" names, I wonder if such claims will hold up. Such claims raise questions over how we identify what is or is not racism, what it will take for people to get the news flash that not everyone who has a stereotypically "black-sounding" name is necessarily black or unqualified, and how to cut through the mental gymnastics people often turn to in order to avoid seeing their thoughts and behaviors for what they really are.

Over the years, I've sometimes thought about how I might pass the "resume test" when going out on the job market. I've considered changing my name to "Shaun," my original birth name. I've also thought about using just my first two initials, followed by my last name, to see if, like researchers, I'd see different results.

But what's always kept me from doing such a thing is the more important question that was before me: even if I could change my name and increase my odds of getting hired, would I really want to?

For me the answer has always been "no." Whether you call it racist or discriminatory, it's wrong for employers, for anyone, to discriminate against others. Period. End of story.

So, as I look ahead to graduation and re-entering the job market, I know that I'll continue to face discrimination because of my name. I only pray that Raven-Symoné and anyone who would discriminate against me, or anyone else, won't hire me. I've got much better things to do with my time.

DaShanne Stokes is an author, speaker, and commentator known for his work advancing civil rights and social justice. He recently completed a memoir about his experiences.