Raven-Symone showed off a newly slim look Wednesday night at the People's Choice awards, but she's not happy about all the attention it's been getting her.

"Actually, now I wear bigger clothes because I don't like the way people stare at me," she told People. "I liked it before. Now, you're just looking at me for the wrong reasons. Before, you were actually looking at me for a real reason."

In early 2009 Raven gave another interview to People and talked about how she handles criticism of her body.

"People come up to me and have certain words for me, but you know what I do? I say, 'I'm healthy, I exercise, I believe in myself, and I think I'm beautiful,'" she said. She reportedly lost 35 pounds later that year.

Below are photos of Raven Wednesday night and in 2008. 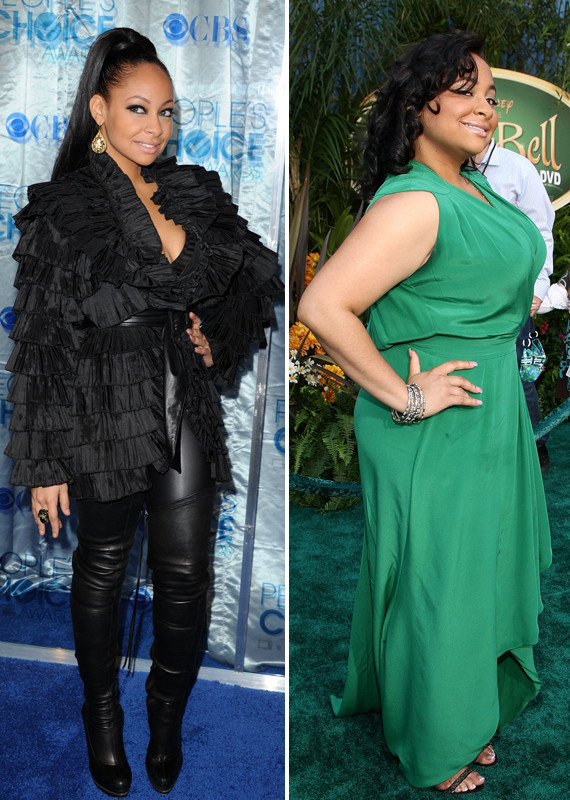