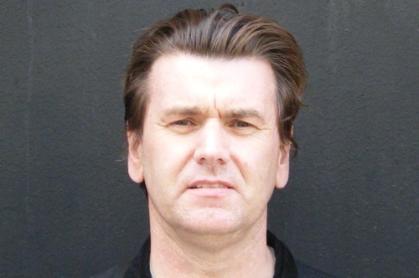 For only a few of us does the sun shine prevailingly. For most others, days can be cloudy. Irish author Brian O'Sullivan is handling the dark valleys of clinical depression by having undergone seventeen electroconvulsive therapy treatments, better known as electroshock. He remembers, "My last shock therapy was in 2010. I regressed, I got depressed and I thought I'd give it a shot. It wasn't as big as success as it was the first time."

O'Sullivan lived through a brutal childhood, emigrated to the U.S. in the early '80s, and survived the various pitfalls New York City has to offer her newcomers, particularly those of us who have to learn "the game" with all its implications from scratch, and arrive without trust fund.

The author is now raising a daughter and has finally discovered that his voice -- strong, sincere and poetic one -- deserves an audience. He recently delivered a fine novel that should deservedly receive not only respect, but also publicity:

"Detailing two decades in the life of a working-class, undocumented Irish emigrant, Butcher a Hog follows Liam McCarthy from his arrival in New York City in 1985 through a litany of shadowy living situations in Irish-American neighborhoods -- from Boston to the Bronx -- and traces his efforts to forge a livelihood amidst the realities of marginal employment, manual labor, and chronic substance abuse."

In the age of excessive self-display, poorly copied individualism, never ending self-promotion, and the relentless hubris that often elevates mediocrity to stardom, it is indeed delightful to come across an intelligent product that is actually worth paying for.

A product delivered by a writer of piercing authenticity and a feel for non-judgmental perception. O'Sullivan's newly won audience can only hope he will sit down again soon and follow his most recent calling that so fundamentally changed his life.

Irish book critic Cahir O'Doherty called Butcher a Hog a "fantastic read" and dedicated one and a half pages editorial in the Irish Voice to the novel.

For more information about the author Brian O'Sullivan, please go to http://www.butcherahog.com/.

How are you feeling these days?

Up and down. Still suffer from time to time with depression. A few self-medication issues as of late as well. Got three years in, and blew it again last August. Remained pretty functional throughout though. Clean and sober as I write, and in a fairly optimistic space. Writing again also after a two year hiatus.

I very much like the language and writing style of the book. It seems to open up your thoughts to the reader in a very direct, unadorned way. What made you choose that particular style?

I didn't choose the style, it chose me. I was on the floor on all fours sobbing uncontrollably one night in a horrific amount of pain. I flipped open the laptop and then somehow figured out how to open a word document. Something inside me was pleading for me to start typing, even though I hadn't a clue how to at the time. I was barely fifteen when I left school, and had worked construction since then, so the pressing a key felt like a rocket science project. The voice inside wouldn't give in though, so ten minutes later I hit the keyboard with one finger. One hour later I felt more alive than I ever had done in my life. I didn't feel like I was writing. I felt like I was having a conversation with myself. Any attempt at choosing a style of writing would've been the end of me.

At what point in your life did you decide to write about your experiences?

The very next morning after what I explained to you what happened in question two, I brought the laptop to a coffee shop in Hell's Kitchen and let rip. I'd been discharged from St. Luke's Hospital psych ward about a week beforehand. I'd had twelve shots of ECT while I'd been there. Prior to that hospital visit, I'd virtually spent an entire year in and out of psych wards. Bellevue six time's, and one other stint in Roosevelt. The stays varied from three weeks to the best part of two months. Throw in a suicide attempt and a rehab, ICUs and you get the picture. I'd been trying to get clean and sober since 1991, with varying degrees of success. The longest clean time I had was eight years, as well of spells of two and a half years, a year here and there, and countless spells of months and days. The depression wouldn't let me go, though. Even though I'd had years of therapy, I really didn't get fighting it medically until 2006. I made an all-out kamikaze suicide attempt and woke up in St Vincent's. They locked me up for a couple of weeks, prescribed me anti-depressants, and then packed me off to rehab in California. I stayed clean for two and a half years afterwards, during which time they tried every medication known to man to treat me, but not a one of them worked. When I relapsed all hell broke loose, and the eight visits to the madhouse ensued. After the ECT I was in no fit state to work, so I had the opportunity to stay at home for two years and take care of my daughter, and write and edit the book. Happiest two years of my life.

Was the writing process more freeing or more painful?

It was the most freeing process of my life. I'd found my voice, a way of expressing myself authentically. Being painfully shy, socially phobic, and introverted all my life, was as near killing me as the booze and drugs were. So finding a way to put a voice to what had gone on in my life is what I believe kept me hanging in there.

When and why did you leave Ireland?

I left originally in 1983 and moved to London. That ended in a bewildering fiasco, so I moved backed to Ireland for a few months and gathered enough money for a ticket to JFK, and landed there on March 3, 1987, with $300 in my pocket. I didn't know it at the time, but I was running away from pure and utter insanity. I didn't believe for a second it was the American dream I came for. I thought America would save me. That theory rapidly went down the chute though. But oddly enough it did save me in the end. Up to this point anyway.

Describe New York City in the '80s and what you were doing at the time to settle in.

It was like the Wild West. Settling in was going to bars and getting shitfaced. Even so, many did well financially, settled down, straightened themselves out, and had families or what have you. They were generally the ones that went home when the bars shut. But the degenerate I was, I'd mostly slip away somewhere after on my own for top secret activities, which basically meant bad times were a coming.

Are you in touch with your family in Ireland? How are these relationships today?

Conflicted! Having said that though, my mother came to visit in June. It had its ups and downs, but I 'm glad she made it over all the same. I don't speak to my youngest sister Phil that often, but she is a sweetheart. My second sister Joanne was around during the crisis in 09, and she helped Viv and I to no end. Vivian and her speak on occasion and are fairly good friends, but myself and herself bang heads a lot, so again we come back to that word 'conflicted'. As for my eldest sister Patricia, wouldn't know where to begin.

You are a father now, how did your daughter change your life?

Doctor nonchalantly walked into my bedroom in Bellevue in 2008 two days after a suicide attempt, and with no emotion or expression said to me; "Mr. O'Sullivan, if you take your own life you daughter will be scarred and ruined for the remainder of her life." He then turned around and walked out of the room. She was two at the time. I sat on that bed with my mouth open for the guts of an hour after. Biggest wake-up call/shock to the system of my life. Put it to you this way if she goes, I go. Dread to think of life without her. Dread to think of dots that came marginally close to not being connected.

How many electroconvulsive therapies did you undergo?

Did you have any side effects?

None the first time. The second time though I had severe headaches afterwards, to the point where I was convinced I had brain tumors.

Are there any long-term effects?

Memory loss is a difficult one, mostly short-term in the day, or literally in the middle of a conversation I'll forget what I'm talking about. I'm thinking a good few long-term ones gone for good also.

Would you recommend it as a form of psychiatric treatment, looking back?

Only for extreme cases as a last resort.

Are you undergoing any treatment right now?

See a doctor every three months. Going to AA meetings. Talk to a few friends.

Could you imagine being a full-time writer?

Yes, few books in me yet.

Do you have literary role models?

No, the brains mangled to a point that makes it nearly impossible for me to read. I used to love reading history and geography books in my late teens, early twenty's though.

Are you planning on distributing the book in other languages?

It's for sale on Amazon's European sites, Spain, Italy, Germany, France. When you're an indie writer, especially one who knows little about the industry, it's very hard to figure out how to get this kind of info out of corporations. I mean that literally.

Did you give advice on the cover artwork?

No, in fact quite the opposite. Artist Thomas Tonkin, took one look at the rag I sent him, and was adamant it needed to go. He took it over and turned it into what it is today. That man is a very talented artist. A highly respected Irish Journalist recently said to me, 'it was the best graphics he's seen on a cover of an Irish book for over a decade', and believe me he reads them all. Thanks Tom! 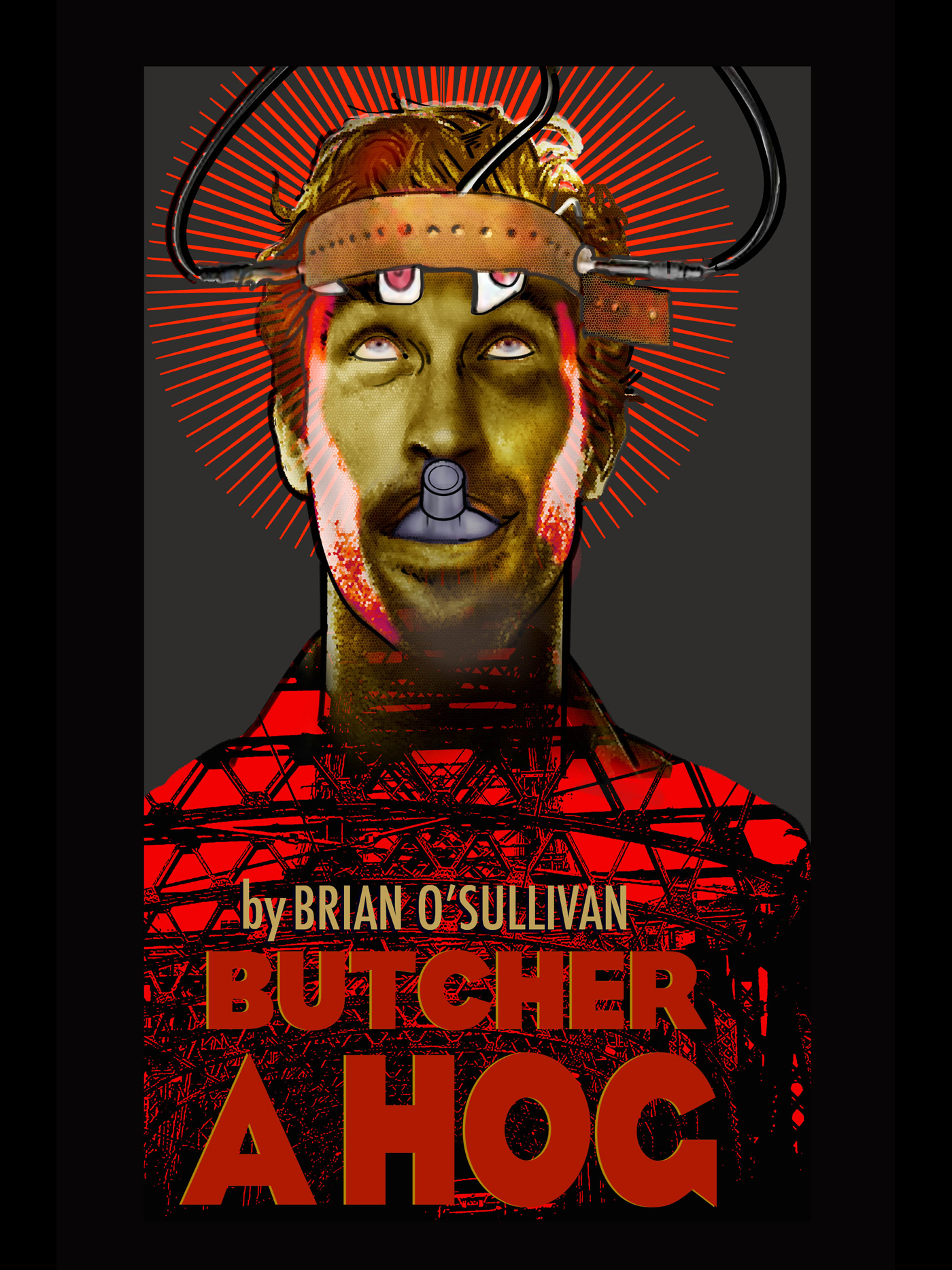 Could you imagine turning the book into a movie?

A lot of people who have read the book, have said to me; 'Screenplay'. I get their concept, but wouldn't even know how to go about writing one, and that's a wee bit of a problem. But can I imagine it? Yes.

Who could you imagine playing yourself?

Gerard Hurley. I saw him in a few clips of the movie he produced and acted in The Pier, and that man has both talent and passion. If the man was too busy though who better than Jim Carrey if he could swing the accent.

What do you wish for the future?

My daughter Sylvie wants a house in the woods so she can keep lots of abandoned animals in it. I'd settle for that.