Today would have been Ray Bradbury's 93rd birthday.

Though Bradbury died last year on June 5, the literary great lived a very full life. In 1992, an asteroid was named after him. He also won an Emmy. He was honored by the Pulitzer board "for his distinguished, prolific, and deeply influential career as an unmatched author of science fiction and fantasy." Hell, he even won an award at the Spike TV Scream Awards in 2010.

More than anything Bradbury was remembered for his words. So here are 12 amazing, inspiring Ray Bradbury quotes in honor of the prolific author. 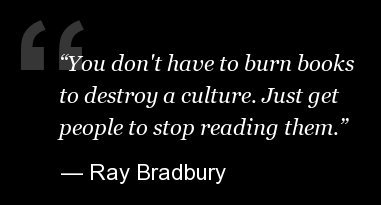