When I saw that Nancy Reagan died, it occurred to me she had not changed my life as much as she probably hoped.

When I saw Ray Tomlinson had died, I realized he had disassembled my life more than he could possibly have imagined. 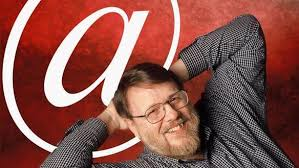 Ray Tomlinson, above, who died at 74 Saturday of an apparent heart attack, invented email.

Back in 1971, on a primitive predecessor of the Internet, he got the idea that with the proper code, and the judicious insertion of an @ sign, one computer could send a message to another computer.

As technological advances go, this was right up there with the guy who said, hey, if I put a small piece of metal in a tube and cause an explosion on one end, the metal will shoot out the other.

That analogy isn't as disconnected as it sounds. I can't count the days when I've thought that if I have to vet one more round of email, I'm going to shoot my computer.

That was, however, what happened -- to me, and, okay, a few billion other people.

If America's national pastime used to be baseball, today it's Cleaning Out Email.

What person with a desk job or a phone doesn't spend hours punching up the email folder, deciding what to call up, what to answer and when to answer it?

The problem isn't that all email is junk. The problem is that it's not. So you have to look at every subject line and before you know it, leaves are swirling past calendar pages. You look out the window and winter has become spring.

Then you fire up the computer or check your phone the next morning and it has started all over again.

The brilliance and fiendishness of Ray Tomlinson's invention is that it works so well that it altered our whole communication behavior system.

You kids won't remember this, but in the old days, if you wanted to get in touch with someone, you called or wrote a letter you sent through the postal service.

These weren't difficult tasks. Most of the world mastered them.

But then email came along and suddenly you didn't have to type a letter, fold it up, put it in an envelope, find a stamp, find a place to mail it and wait two or three days for it to arrive.

Now you typed your message, hit "send" and by the time you'd flicked a crumb of your doughnut out of your keyboard, it was sitting in the recipient's inbox.

Since speed is usually desirable and often important, this made the whole process more efficient in almost every way.

Unless you're the Postal Service, which Ray still might end up having put out of business. But that's another story.

On the professional side, which is where most of us encounter the most email, this new system also liberated many of us from the need to actually talk to people. Entire transactions can be handled with no human contact.

It's so easy to type "You're the best!" to people who aren't even close to being the best. 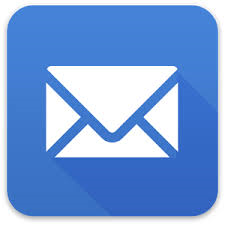 Because email is technology, and technology must keep moving, Ray Tomlinson lived to see his invention supplanted, at least for later generations.

While email is still crucial in the business world -- or the diplomatic world, as Hillary Clinton can attest -- it has been more than a decade since most kids bothered with it. They talk to their friends with texts, Instagram, Snapchat, whatever.

Email is what their parents use, meaning it might as well have been invented at the time of Beowolf. Old and in the way.

But all messaging systems still track back to the day when Ray Tomlinson sat in a chair at Bolt, Beranek and Newman in Cambridge, Mass., and sent a line of nonsense to another computer 10 feet away.

I won't lie. I've had days when, after 500 or 600 emails, I wanted to take Ray's brainchild out in the woods and stomp it into dust.

I also miss real letters, on paper, in an envelope with a written address. Old letters are wonderful things. The writing and the sentiments bring a person to life, conjuring a sense of their time and their world.

I'm not sure that finding great-grandma's old flashdrive will have the same romance.

But in the larger picture, I suspect even Hillary Clinton would say that with Ray Tomlinson's invention, we were right to hit the "save" key.