"Ballads lead their life in the mouths and ears of men by hear-say like bluebirds and flickers in the nest of hollow trees." - Robert Frost 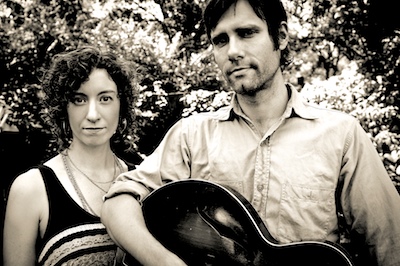 Ballads are consequential music. Something happens, often something dark or violent, and effects are felt. Consequences. Hell to pay, whether emotional desolation in this life or divine retribution in the next. Once ballads lost their ages-old function as lurid entertainment and breaking news, they ebbed into the shadowy hollows of Appalachia, forming deep pools of memory. Carried from England, Scotland and Ireland by 17th- and 18th-century immigrants to the young American frontier, the old songs maintained bonds to home, and retold tales of murder and broken hearts, often in the same song. Rayna Gellert's Old Light, a new collection of traditional and original ballads on StorySound Records, draws inspiration from that deep pool and her own reflections on memory, childhood and the musical traditions that have been a constant in her life. In an email correspondence, Rayna discussed traditional and original songs, the role of memory in the project, and key contributors Nathan Salsburgand her father, fiddler, banjo player and singer Dan Gellert. 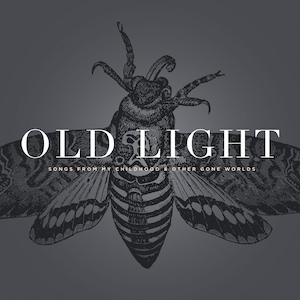 The subtitle, "Songs from My Childhood & Other Gone Worlds," implies a collection of the traditional material Gellert performed as a member of Uncle Earl and at innumerable festivals. But the original songs place that material in a new light. The first three songs on the recording are Gellert's, and they establish a voice informed by tradition, but is distinctively hers. "Nothing," the first track, begins with a consideration of memory as ephemeral and unreliable. "I could sing a song for you/And swear it's one my father knew/But a molecule falls out of place/And I'll forget my mother's face." That's not an easy admission for someone whose career has been based on cultural memory. Ballads and memories seem constant, but mutate with the telling and the teller.

This project started out as a collection of 'songs from my childhood. It was going to be some of my favorite, most memorable traditional songs that I grew up hearing. But a bunch of original songs came out during the process. The original songs are all related in some way to memory or amnesia, and since my attachment to these particular traditional songs is entirely about the way I remember them, they wound up getting stitched together. I wasn't trying to emphasize one over the other. That's part of why I made it half of each. For a while, I thought I'd be making a two-CD set, because I wasn't sure the traditional and original songs would fit together well. My songs sound modern to me, which is why I wasn't sure about putting them next to traditional songs. But Nathan talked me through that and made me realize that being so acutely attuned to whether something is traditional or not is highly unusual, and most listeners don't hear songs through that filter. He convinced me they could be mixed up together.

One song, "In the Ocean," a haunting evocation of a deceased, lost love, manages to blend the two.

As far as structure or allusion [to traditional ballads], that wasn't on purpose, with the exception of 'In the Ocean.' The chorus is a verse I lifted from an old ballad, 'Young Emily.' I feel like my songs have been whatever they've wanted to be, and I haven't tried to prune them in any certain direction.

Until now Gellert's reputation rested on her fiddle prowess. She sang with Uncle Earl, but infrequently and mostly in harmony.

I certainly think of myself as an instrumentalist, not a singer," she admits.

One of the big challenges of making this album was wrapping my head around the idea that I could be a vocalist. I've always loved singing, but I've always been shy about it. This project began with a suggestion from my brother Jonah [who did the design work on the album's package] that I should make an album of the sad songs and murder ballads we heard as kids. It took him saying that for me to recognize that I might have my own versions of those songs waiting to come out of me. My reverence for the music and my complicated relationship with it, being so deeply tied to family and childhood and lots of emotion, made me skittish. Why would anyone want to listen to me singing this song when they could hear my dad or Uncle Dave Macon or Dillard Chandler or whoever else do a way cooler version? But part of my process in recent years has been recognizing that creating a new or different version of a song isn't disrespectful or dismissive of any other version of that song. They can all co-exist and nothing is being cancelled out. My singing a song isn't me saying 'My way is best.' It's just me saying, 'I want you to hear this song.' As a fiddler, my goal has always been to get out of the way of the tune. I feel the same way about singing. But it's coming out of my body, so it's harder to remove myself, if that makes sense. 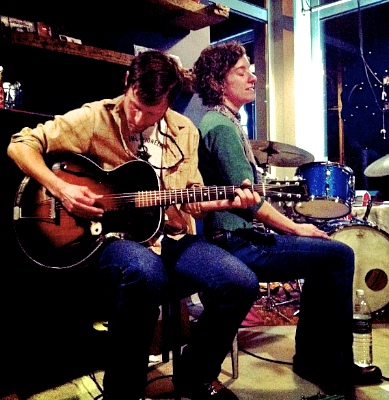 Guitarist and folk-music curator Nathan Salsburg contributed more than encouragement, as his finger-picked guitar provides the acoustic thread that binds the original and traditional; Gellert picks up her fiddle on only three of the ten songs. Salsburg also worked out arrangements with Gellert on all but one of the songs.

"Nathan's a huge part of this project," Gellert maintains.

I found him online, believe it or not. I was Googling Alfred Karnes and stumbled across Nathan's online radio show. He and I were both living in Kentucky at the time, and I couldn't believe we didn't already know each other, given the small world of our common interests. So I reached out to him, and before I knew it, he had me over in Louisville recording with him for the E.C.Ball tribute project. After that, I wanted to do more music with him. I asked Nathan to be a part of this project because his guitar playing is gorgeous and inventive, and a very different flavor than anything I've done (or could do myself), but he's informed by a lot of the same music I am. I always tell folks that Nathan and I bonded because we love the same dead guys. I knew he would bring cool musical ideas to the table. (And he did!)

Along with support from longtime collaborators Scott Miller, Jamie Dick, Jon Estes and a vocal by Abigail Washburn, Gellert includes her father's banjo on a couple of the tracks. "[My father]'s my biggest influence," she says, "and my favorite musician on the planet. I wish I sounded more like him, but he's an alien. No one can sound like him!"

The "sad songs and murder ballads" include three songs drawn from Francis James Child's 1880s collection, a near-sacred text that has provided the foundation of folk re-discovery for generations of musicians. Gellert's versions include a truly creepy arrangement of "Cruel Mother" with Gellert accompanying herself on fiddle, viola and organ. How did she encounter the Child ballads?

All of the traditional songs are ones my parents sang when I was a kid, with the exception of "The Fatal Flower Garden," which I heard over and over again on the Harry Smith Anthology. My version of 'The Cruel Mother' is pieced together from my own memory, my brother Jonah's memory, and having spent time looking at different versions of it in the Child collection.

"The Fatal Flower Garden" and its variants are problematic for performers as they're descended from the "Sir Hugh" blood libels against Jews. I asked how Gellert approaches the song and whether it has lost its original meaning as it traveled over time and distance.

I have my own weird relationship with that song based on hearing it as a wee kid. When I got older I understood better what the context was for the story, but as a tiny child I didn't think anything of it being a 'Gypsy lady.' With an ethnic makeup that's part Jewish (and possibly also part Gypsy), I consider myself 'allowed' to sing that song. Even though I know what's behind the story now, as a kid it was simply another murder ballad, an illustration of the evil that is part of life. I didn't question why the kid was murdered, the same way I didn't question why the women in the old songs were always getting killed by their lovers. In my mind, it was just a warning that there are bad people in the world, and scary, awful things can happen, and they always have."

Things happen. And there are always consequences. The eternal need for that simple reminder keeps the old songs alive in memory and the singing, and inspire new work like the affecting modern ballads found on Gellert's Old Light.

More from Nathan Salsburg on murder ballads (and his interview with Charlie Louvin).

Images: portrait by Jon Estes; in performance by Joan Shelley. Both via Rayna Gellert.