The presidential election is turning again on a choice between conversation and confrontation. How will we choose to approach our neighbors, allies and adversaries -- domestic and foreign? Helena Cobban is a veteran journalist who has traveled extensively around the world. She writes for the Christian Science Monitor, the Boston Review, and blogs at justworldnews. Her most recent book is Re-engage! America and the World after Bush, in which she suggests ways citizens can help shape a more inclusive, less confrontational, foreign policy. OffTheBus caught up with Cobban this week and asked her about her book and what she thinks the "post-Decider"-era might hold in store for us and the world. 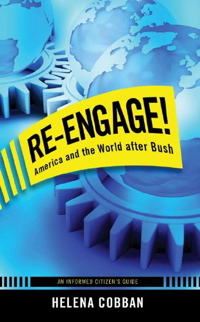 Off the Bus: In your book, you make the case for global inclusion as a new path for U.S. foreign policy. We're coming out of eight years where the message has been basically: "I'm the president. We're the United States. This is how it's going to be." We haven't been very diplomatic at all.

Helena Cobban: For some of us, there is this thinking that, because we're so special, we deserve a perch somewhere higher than the other 6 billion people. We need a re-inclusion with the rest of the human race and to get back to the framework of international law, norms, and institutions, like the United Nations.

Look at the role the U.S. traditionally played, particularly in the founding of the United Nations. If you go back and read the Preamble to the U.N. Charter, you'll see how it was so visionary. It was written by Americans in the Roosevelt and Truman administrations. Three years later another American, Eleanor Roosevelt, drafted the Universal Declaration of Human Rights. The U.S. played an instrumental role. It was a pillar of its founding and they have hosted the U.N. ever since. So when George W. Bush just blew off the U.N. in a completely arrogant and self-referential way in 2003, that really broke with tradition.

You address six elements the U.S. government should pursue in becoming a "neighborly nation among nations": the environment, human rights, economic and social justice, and rejoining the rest of the world. With the election coming up, what indicates the U.S. is pursuing those issues? 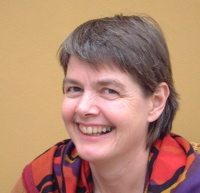 I'm seeing a new openness. I think this whole experience of the Iraq war has made people more thoughtful. Back in the 1990s, there was this post cold war victory euphoria. We had Madeline Albright talking about the U.S. as the "indispensable nation" and policy elites seeming to be in a self-congratulatory frame of mind. They didn't think about the longterm questions and problems nearly hard enough. Now, after what we've seen in Iraq, it seems the "indispensable nation" was carried through its ghastly logical conclusions with such horrible results. We've had 4,100 dead Americans soldiers; we've had tens of thousands of badly maimed and mutilated Americans come back into our communities with PTSD; and we've inflicted far greater damage to the people of Iraq than what we have suffered. We also have to remember the war was completely financed by debt. Our children and grandchildren will be paying off that debt. That's going to impact future generations. I think we need to look at the interests of our country's citizenry, not of its corporations.

We've been damaged as citizens. I can't easily travel to a lot of the places where I used to. We have to be fearful as we go through our own domestic airline system because of the hatred. This invasion has fomented anti-American hatred around the world. It's such a change from September 12, 2001 when Le Monde ran the headline "WE ARE ALL AMERICANS." There was large amount of sympathy for the United States among Muslim, European, African countries all around the world. George W. Bush completely blew that off. Instead of using that sympathy to build new alliances around the world, Bush took a posture of suspicion that fueled anti-Americanism. I think a lot of Americans are seeing the folly of that now. They may not be seeing the criminality but they're definitely seeing the folly of those decisions.

But global inclusion issues have always been placed on the backburner. What should be our top priorities?

My three markers are to close Guantanamo, announce a specific date to withdraw all U.S. troops from Iraq, and declare intentions to negotiate (in good faith) the Kyoto Treaty. I think taking very concrete actions on these issues in the first 100 days could really revolutionize how the other 6 billion people look at us.

Do you think Obama's visit to the Mideast and Berlin indicated a change towards global inclusion?

I think Obama is on the right track. He has so many multicultural skills that would be helpful in pursuing constructive relations. But right now we're in an election period and he's surrounding himself with people telling him what he needs to do to get elected. I thought he did really well on his trip, but my understanding is that doesn't necessarily help in America. Looking like a superstar in Berlin allowed John McCain to portray his visit as a mark of elitism or being removed from American concerns. I think Obama succeeded in showing he has commander in chief qualities and an understanding there has to be a give and take with other nations. I'm moderately hopeful. I'm also not completely pessimistic about McCain. I know he's a mercurial character and he won't take my policy prescriptions to heart, but maybe he would close Guantanamo because of his own personal history as a P.O.W. I think he is genuinely outraged by some of the things Bush has done regarding detainees. I think we should continue to place those demands on whoever gets elected.

What I'm trying to do with the book is to get our citizens more engaged in the discussion and feel more empowered. After 9-11, a lot of citizens felt scared and or lacked confidence in voicing their opinions on foreign affairs. We have to get our citizen voices back in there because these guys have been so criminally irresponsible.