Here we go again. Just two months after we broke Recipegate comes news that Cindy McCain is up to her old tricks. The July 2008 issue of Family Circle featured an article in which each (it went to press before Hillary conceded) of the presidential candidates' significant 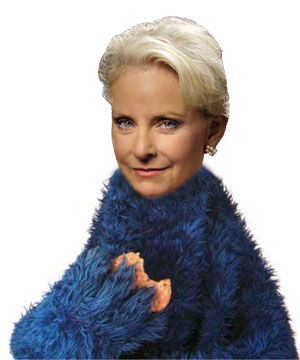 others submitted a cookie recipe. A tipster caught a whiff of something besides sugar after reviewing Cindy McCain's Oatmeal-Butterscotch cookies, and quickly found the original recipe at Hersheys.com (see image below). While McCain, or that same low-level staffer, managed to take the time to switch a few minor details in her version of the recipe this time around, there is no doubt that the recipes are the same.

While Bill Clinton gives credit to the family cook, and Michelle Obama to the godmother of her daughters, Cindy McCain attributes her cookie recipe to "a good friend."

Unless John McCain was a childhood friend of Milton S. Hershey or her beer baron family worked with him on a chocolate beer bar back in the day, it seems Cindy is a plagiarist of the most delicious kind. Again.

Let's hope I don't get another unpaid intern fired this time around... 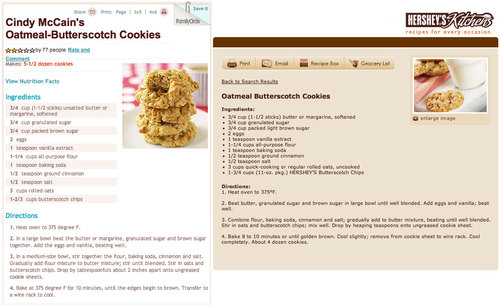