He never went to college. But there's no arguing he knows a bit about education. And Michael Clifford, Chairman of SignificantFederation, has found himself comfortably sitting in the middle of the conversation about what is best for the future of higher education. The debate, however, has often been considerably less than collegial.

There is money in education, even for non-profit institutions. But for-profit and online universities have begun to proliferate across the American landscape, and the Internet. They prompt questions that challenge traditional thinking about public institutions like state universities, community colleges, and even private colleges. Analysts often suggest that profit margins, essential to please shareholders, will force a cost cutting that affects quality but increases revenue. Almost everyone, however, acknowledges the old models are no longer adequate to meet educational demands.

But Michael Clifford is optimistic about a transition that he is helping to facilitate.

"The future of higher education in America is very positive," Clifford said. "Because there is a generation currently under 35 years old that understands innovation, especially in technology, with a true passion of reaching the world with high quality academic opportunities."

Michael K. Clifford's expertise is on his resume, and the NYSE for public scrutiny. He was instrumental in the creation of Grand Canyon University (GCU), the Jack Welch Management Institute, Ken Blanchard College of Business, Forbes Business School, and the predecessor company that became Bridgepoint Education. 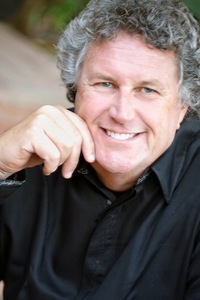 From a business standpoint, whatever Clifford is doing, ultimately, appears to work. Wall Street investors made the IPO for GCU (just four years after his investment group recreated it) the most successful of 2008, and the school became the first regionally accredited university in American history to convert from non-profit to for-profit.

"I help create the strategy, but the CEO's and their management teams make it happen," said Clifford. "I have had many more failures than successes. It is OK to fail with integrity, but one must keep moving forward."

Bridgepoint also went public a year later and has given investors a 60 percent return with a market cap of $900 million. Marketing materials claim a $10,000 investment at that time is now worth more than $1,000,000. GCU, which is just one of Clifford's visions of for profit institutions, has 10,000 students living on the 110 acre campus in Phoenix and a total of 50,000 are enrolled online. Clifford is unique as an investor because he originally owned one hundred percent of the start-up companies that experienced back to back major Wall Street IPOs. A man of deep and abiding faith, Clifford believes his achievements and his losses are provided for by his God.

And he has known mostly success.

For-profit and online education, however, are consistently under attack for costs and quality of education, and the inevitable question is whether a profit motive detracts from educational standards.

"Every industry has bad apples," Clifford said. "There are people in the for-profit industry that I personally would put in jail for deceiving students. But it is not American to apply regulations just for for-profit schools when many non-profit institutions have equal or more severe misconduct."

The federal government provides billions annually to non-profit public universities and the private for-profit institutions, overwhelmingly in the form of student loans. (The debt, once acquired, cannot be discharged by bankruptcy and has been characterized often as predatory lending by Washington.) Open enrollment means that the moment a student signs up for Grand Canyon University or any institution they are eligible to apply for Pell Grants and other government assistance. According to critics, those grants and loans and the profit motive are more important than the quality of education delivered online or on campus at a for profit university.

Iowa Senator Tom Harkin, who studied for-profits, issued a report condemning their business and the value of the education offered.

"You will find overwhelming documentation of exorbitant tuition, aggressive recruiting practices, abysmal student outcomes, taxpayer dollars spent on marketing and pocketed as profit, and regulatory evasion and manipulation," said the Iowa Democrat, who is chairman of the Senate Health, Education, Labor and Pensions Committee. "These practices are not the exception; they are the norm. They are systemic throughout the industry, with very few individual exceptions."

Harkin's 2012 report claimed the majority of students leave without a degree and that half of them drop out within four months. The Association of Private Sector Colleges and Universities (APSCU) called the study the "result of a flawed process that has unfairly targeted private-sector schools and their students."

Although Clifford has never created a school with the vocational status of those represented by APSCU, his company, SignificantFederation, has helped develop profitable education institutions around combining the notion of quality online learning with a traditional campus environment. (His family has also donated millions to non-profit educational institutions.) As more students get turned away from competitive non-profit and public universities, and community colleges reach their capacity, Clifford believes the private sector can deliver a valuable education at a competitive price. If enrollment and economic impacts are accurate metrics, his argument is convincing.

"Every school I have been involved in has lower tuition than any school in their respective state," Clifford points out regarding Harkin's reports.

Clifford's endeavors include 10,000 new jobs created in the last eight years, 500 million in real estate construction during a down economy, resources and compensation for faculty unlike any other traditional universities, hundreds of thousands of students completing their degrees, tens of millions of dollars of scholarship money for under-privileged students to graduate, and increasing thought leadership to improve the student experience. In America, he is convinced the next big shift in the entire higher education model will be with community colleges.

"As economies explode in Asia, India, and places like Brazil, you simply can't meet demand with the traditional four year university," he said. "Partnerships are being formed where you can design your own degree. There are already six million people doing online college now and it will be fifteen million in the next five years. How many people can afford the costs of four-year degree any more?"

Clifford's success makes a compelling argument that traditional educational models are not meeting demand or quickly adapting to new technologies for learning. He is beginning to concentrate a part of his business on managing technological services for higher education because students are accessing most of their education from various wireless devices.

The vision Clifford has for education involves online universities with tens of millions of global citizens learning incrementally how to provide better lives for themselves and their families via mobile devices.

"We will see soon in our lifetimes," he said, "Mega Universities leveraging platforms like the billion dollar investment of Apple with iBooks and iTunes U globally. That's where online education really gets exciting."

The current manifestations of for-profit universities may be struggling against a reputation developed by earlier versions of technical schools that offered culinary, automotive, and various vocational training programs. They continue to flourish in an economy where jobs are increasingly difficult to find. However, marketing efforts often leave potential students believing they will become million dollar a year chefs or CTOs of Fortune 500 companies, and that is statistically unlikely.

There is no doubt, however, technology is increasing access to education, and that is driving demand. The new challenge is to sustain standards along with profit margins.

Which is a lesson American innovators have long taught the world.