The growth of microfinance solutions to address pressing development challenges has brought many of the world's formerly "unbanked" into formal financial systems. However, one group continually remains outside the system -- the poorest of the poor. Even some microfinance programs and deliberately inclusive financial policies remain unaffordable for segments of the population. Across the Global South, a number of initiatives have emerged with the notion that, although access to financial services has expanded in recent years, the remaining need demands innovative actions. We take a look at examples in Lagos, Bogotá, Cairo, and Bangalore. 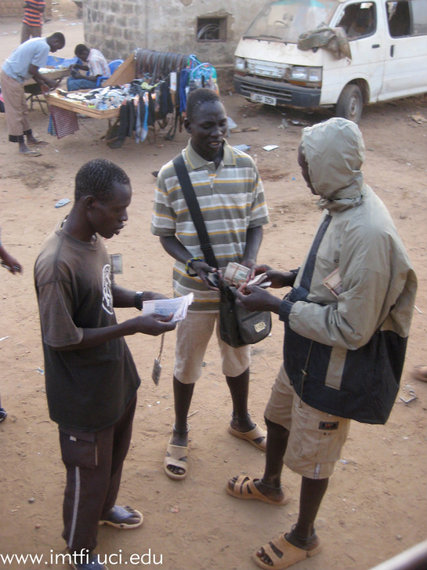 In Lagos, recent policies have required commercial banking institutions to expand their reach by revamping their account opening policies. Several banks have initiated new branches, 'no minimum balance' account options, mobile money programs, and point of sale (PoS) terminals. In December 2013 the Sterling Bank rolled out the most groundbreaking program so far: a program of community bank agents who live and work in slum areas with high numbers of unbanked residents. The program relies on technologies such as PoS machines that recognize fingerprints, mobile phones, and biometric voice-enabled devices, all of which serve to enable the illiterate to set up and manage accounts. 'No minimum balance' accounts further expand access to previously excluded individuals. Although this program does not immediately address the substantial issue of access to credit, growing participation in the formal financial system is an important step in that direction.

Bogotá is the wealthiest city in Colombia, but low trust in the banking system, bureaucratic barriers, and high fees are the main obstacles to financial inclusion. A recent law that provides for the creation of a new type of financial institution known as Sociedades Especializadas en Depósitos y Pagos Electónicos (SDP) is a move in the right direction towards lowering some of these barriers. SDPs will accept deposits, electronic payments, wire transfers, and interbank transfers, but will not be authorized to make loans. They will be able to issue debit cards but not credit cards. With lower capital requirements, fewer steps for opening an account, and exemptions from the normal tax on financial transactions, the SDPs will directly address two of the three main obstacles to financial inclusion. According to some estimates, up to 20 million Colombians could benefit from the creation of these SDPs.

Successive governments in Cairo have addressed the overcrowding of city residents in informal housing by relocating them to districts outside of the city. However, these new settlement houses are unaffordable for the poorest of the urban poor. The Nasser Social Bank, established in 1971 with the aim of increasing social equality in Egypt, has been a key actor in efforts to address the housing crisis. The bank works to alleviate the tenants' and home owners' financial burden by providing funds to refurbish their units, through funding "advances" or full purchase payments for small units. The loans are paid back by the beneficiary on a long-term basis, in some cases over 60 or more months. In its 2013-2014 year the bank provided EGP 2.2 billion ($307,000,000 USD) to 81,500 beneficiaries. There is no interest on these loans, as the bank is 'social' and based on principles of solidarity. 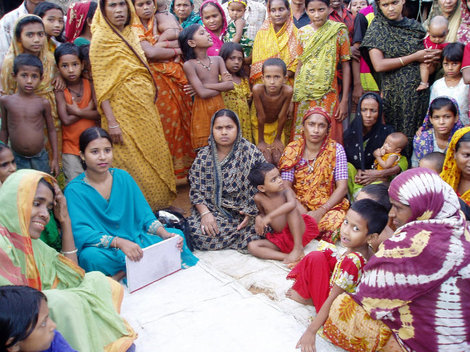 In Bangalore, the organization Parinaam states that "Despite the success of microfinance and other development initiatives, the bottom 5% are continually excluded." Rather than that "isolated female support" promoted by most microfinance initiatives, Parinaam has pioneered a different model by focusing on generational and familial poverty. Over a twelve-month period, the organization provides families with "intense" assistance, education, and monitoring in four target areas: financial literacy, livelihood development, healthcare support, and education. For Parinaam the key is financial literacy, because a family must be able to save and invest in the latter three improvement areas in order to better its circumstances. The financial literacy program is accompanied by support for families to open bank accounts, and has so far reached 67,000 people across eight slums.

In each of these cases, the initiatives described are not the first efforts to expand financial inclusion in their cities. Instead, each program highlights the fact that existing models have overlooked parts of the population, such that new efforts need new approaches that actively target those who are hardest to reach. Governments, banks, and non-profit organizations all have a key role to play in order to serve the most excluded members of urban populations.