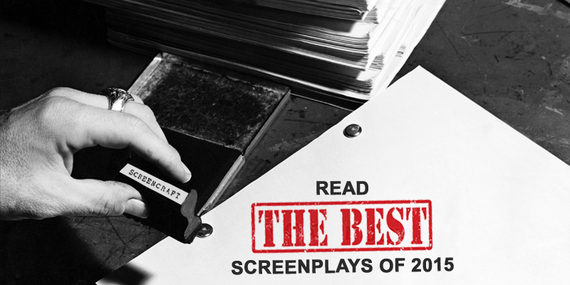 Reading screenplays is the best education a screenwriter can undertake. It’s better than any class, seminar, lecture, book, blog, or podcast. You learn what’s good, what’s great, and what the difference is between the two. You become influenced as you slowly begin to hone your own style and craft, picking from the apple trees of a wide variety of different films and genres.

As the Award Season is in full swing, in these times we’re lucky to be able to have the likes of Go Into The Story, run by Scott Myers. Go Into The Story is the screenwriting blog of The Blacklist and has provided screenwriters and filmmakers with free downloads of this year’s best produced screenplays, many of which are under Academy Award consideration.

So it’s time to go to school. Here we have 41 screenplays to be used for education purposes only and to just be inspired by because the writing is that good.

Note: If you’re an un-established screenwriter, know that many of these scripts are written either by seasoned professionals and auteurs, or are projects that came up from the indie market. So some of the guidelines and expectations asked of novice screenwriters looking to break through the Hollywood walls aren’t applicable in the context of these scripts below, which benefit from being written by established writers and those in an indie market that were financed outside of the Hollywood system. In those many cases, the clear take away is concept, story, and character, as opposed to aesthetics and tricks of the trade to get read.