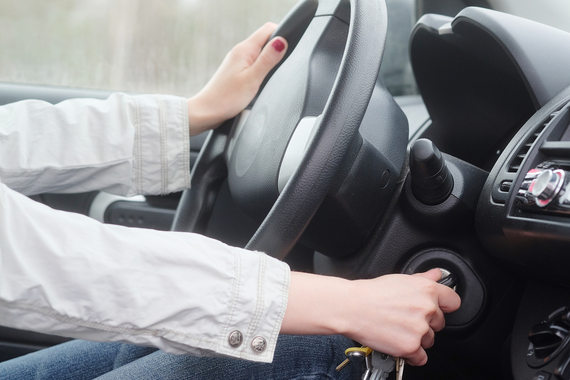 During a recent visit to Atlanta, Sixt Rent a Car upgraded Samuel Ventola to a Jeep Patriot instead of the subcompact he had reserved. Maybe it wasn't doing him a favor.

"It was night," remembers Ventola, a lawyer who lives in Denver. "So the lights came on by themselves when I turned on the ignition."

Near Athens, Ga., the flashing blue-and-red lights of a patrol car signaled Ventola to pull over. His tail lights were out, an officer said. And sure enough, they were.

"Apparently, when the headlights come on automatically, the tail lights don't -- unless you turn the knob," he says.

Ventola was lucky. The officer let him off with a warning.

Car rental mix-ups can range from amusing to dangerous. If you're about to travel somewhere and rent a car for the holidays, particularly if you're traveling internationally, here's what you need to know to avoid ending up with a ticket. Or worse.

Let's get straight to the pyrotechnics, shall we? They come to us courtesy of Sean Snodgress, a physician from Santa Barbara, Calif., who recently rented an Audi A4 with a manual transmission from Europcar in Paris.

Snodgress knows how to drive a stick shift, but this car was different, as European cars sometimes are. He wasn't even 30 yards out of the parking garage at the Gare du Nord when the car ground to a halt.

"Smoke started to pour out of the engine," he remembers. "I pulled the car into a parking space on the fourth floor and turned it off. One of the parking attendants in the garage, who worked for another rental car company, ran over when he saw all of the smoke. Another actually threw the hood open and doused it with a fire extinguisher!"

Europcar charged his credit card $2,013 for the mishap. I contacted Europcar to find out whether it was really possible to destroy a manual transmission so quickly. (I'm a consumer advocate, not a mechanic.)

Dorothee Djian, a Europcar spokeswoman, said that Snodgress was charged for breaking the gearbox of the car he rented. "He is responsible for the damage caused to the vehicle, because of bad use and not for mechanical failure." It happened on his watch, so he had to pay -- even though he doesn't know how it happened.

It's difficult to quantify the number of incidents and accidents that result from driving unfamiliar rental cars. A recent analysis of traffic accidents in New Zealand suggests that overseas drivers are nine times more likely than native ones to be involved in a car accident. In New Zealand and many other countries, the steering wheel is on what Americans consider the passenger side. Not the easiest concept to wrap your head around after a long trans-Pacific flight.

Industry efforts to educate drivers are informal, at best. For example, Auto Europe's website cautions inexperienced drivers against renting a manual transmission vehicle in Europe -- "especially if you are visiting England, where the cars drive on the opposite sides of the road and the car's gearshift is located on the driver's left side."

Of course, the most common car rental problems are mundane. How do you turn the headlights on and off? How do you operate the windshield wipers? The internal lights? And, perhaps most irritating: How do you open the trunk, the hood and the gas tank?

When I rented a car in Paris recently, I discovered that I couldn't shift into reverse before I left the lot. I also discovered that I couldn't bring myself to ask for help, a problem my better half diagnosed as Male Ego Disorder. With her encouragement, I eventually asked a Hertz representative, and he demonstrated: Push down, then shift. My kids had a good laugh at my lack of driving savvy, but I'm glad I asked. I could have destroyed the van's transmission.

It was an important lesson, and it raises the question: How many drivers don't ask because they think they should know? Or because they only have one X chromosome?

Maybe there's a middle way, if you can find it. Karen Howell discovered it recently when she rented a car from Avis in Mesa, Ariz.

"It was loaded with tech," she reports. "I could not figure out how to work the radio."

She opened the glove compartment to check the manual. It wasn't there. Finally, with the help of a younger cousin, she fired up the radio and found her favorite station.

"When I returned the car, I reported my only complaint being no manual in the car," says Howell, a retired postal worker. "The attendant showed me where it was -- under the spare tire in the trunk."

Well, of course. Isn't that the first place people look?