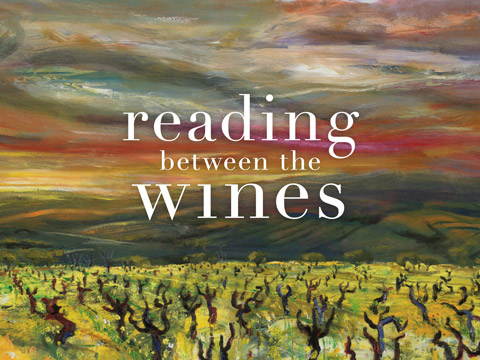 Terry Theise had his first sip of wine from a bottle Rod Stewart handed down to his audience mid-concert. He went on to become one of the leading U.S. importers of German and Austrian wines, winning a James Beard Foundation award in the process. His new book, Reading Between The Wines, delves into his passion for wine and the aspects of winegrowing he considers most important.

The wines you consider real and authentic always have references to family. Is this just romantic or are family wineries a sign of quality?

It seems to be quite a matter of fact and not at all romantic. That doesn't mean that each winemaking family makes outstanding wine, or is wrapped in a nexus of mutual love and understanding. Family is family. One thing that does strike me as beautiful is that not only the tasks, but also the larger matter of the work is woven into family life. When that isn't there it tends to take the humanity out of a wine. Those were the people I learned about wine from, small-batch family-grounded viniculture. So it became distressing to find that wine could be made any other way.

The practices you admire are also at the root or organic and Biodynamic winegrowing. Do those labels turn off you off?

No. It's only when they are wielded as doctrine that I get a little skeptical. It would be arrogant of me to dictate to a Mosel producer "why aren't you organic?" when their production costs are already eleven times higher than someone working in flat vineyards in the Pfalz, and they have locally humid microclimates that make it nearly impossible to get a commercial crop without using fungicides sometime during the season.

I'm in enormous sympathy with people who employ organics and especially Biodynamics. I'm agnostic about the practices themselves, but I have an enormous degree of admiration for the people who do it. I like what it is they feel they are getting at. I think there's going to be more and more of it. Young vintners are very much pushing in green directions. All of which I encourage and applaud.

You say it's important to know a grower's "conscience."

When you are speaking to a winegrower, you will know pretty quickly whether you are dealing with a lazy grower who just evolves elegant rationalization for the shortcuts he wants to take vs. a grower who really does care but, for a variety of reasons, has been unable to go all the way to certified organic viticulture. For wine merchants like myself, we wouldn't work with growers we didn't believe in.

If you're lucky, you'll spend fifty years of your adult life caring for your land. Someone cared for it before you did and, if you're fortunate, someone will care for it after you do. You're temporary. So you know what those flavors are. You tasted them in your parent's wines. You're part of a culture that has codified the knowledge of what those flavors are. When the time comes for you to determine whether to intervene in the winemaking process you have a very powerful instinct that basically just says "get the hell out of the way."

Do you find these same values in "new world" wineries?

When you tracked down your biological father some years ago, you found out that he not only loved German wines but actually had some of your wines in his cellar.

The little hairs on the back of my neck stood up. The apple doesn't fall far from the tree. There is a good deal to be said for nature. I wrote about that because, if you want it to be, wine can be a being that is inextricably woven into your life and gives an abiding luscious ongoing pleasure. If you don't want that, then wine can be another diversion. Wine will meet you wherever you are.

What is your favorite Rod Stewart song?

Reading Between The Wines, by Terry Theise, is available on September 9th.

Editor of the <a href="http://www.organicwinejournal.com">Organic Wine Journal</a>