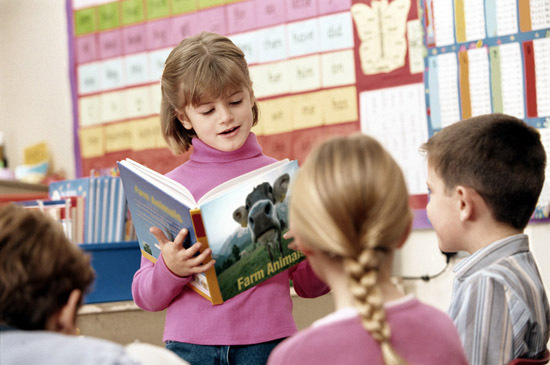 Is it possible to legislate reading proficiency? An increasing number of states seem to think so. A recent article in the New York Times reported on laws in effect in 14 states (so far) requiring that third graders be reading at grade level or be retained. The article was about a six-week summer school program in Charlotte-Mecklenburg, North Carolina, for students at risk for retention. About 1,500 third graders are taking summer school, or one in eight of Charlotte's third grade population.

The problem of education reform is not a lack of good ideas, but a lack of good ideas sensibly implemented. Ensuring that virtually all children read by third grade is an essential and attainable goal. Reading by third grade is indeed a key predictor of high school graduation. I understand and sympathize with the state legislators who passed these laws. They were justifiably impatient with the continuing failure of school systems to solve the early reading problem. Sad to say, however, the strategies being used in the states with mandatory retention laws are misguided.

First, as the article notes, most of the summer school children are far behind, and six weeks of summer school will not bring them to grade level. Every educator knows that the struggling children needed help from pre-kindergarten to grade 3, not just summer school at the end of three years of failure. Other than Florida, the original mandatory retention state, other states have provided few resources to help children meet the standards for promotion.

Second, retention is rarely an effective or necessary policy. It looks good for a while because the retained children are a year older than their (new) classmates. For example, a ten-year-old in fourth grade immediately gains in apparent performance if transferred to the third grade -- the score doesn't change, but the reference group does. However, these apparent benefits wear off in a few years. This result has been found in many studies over the years, and the article reported that Florida, which has had a mandatory retention policy since 2002, reported retained children performing better than similar (but younger) non-retained children for several years, but by eighth grade the differences had faded away.

Finally, and most importantly, there are much more effective strategies for ensuring that virtually all children are reading by third grade. In fact, I counted 28 separate elementary reading programs with data accepted by the What Works Clearinghouse. These programs all meet the U. S. Department of Education's EDGAR standards for "strong" or "moderate" evidence of effectiveness. All are being actively disseminated today. The programs include one-to-one tutoring by teachers or paraprofessionals, one-to-small-group programs, classroom programs, technology approaches, and whole-school reform approaches, including our Success for All program. There were no summer school or after school programs that made the list.

Besides their evidence of effectiveness, these approaches have several important benefits. They are designed to be replicated and are ready to go. Also, they use staff already in the school, which both adds greatly to cost-effectiveness and improves the skills of the participating staff for all aspects of their jobs.

Amazingly, there are states during difficult economic times that are willing to spend an additional $10,000 per child to retain thousands of children, not to mention costs of summer school and other last-minute remediation. Wouldn't it make more sense to use these resources instead on proven and replicable approaches that could actually solve the problem on a scale that would matter? Early reading is perhaps the one area in which proven programs of all sorts are most available. Given the well-founded concern about third grade reading, you'd imagine that policymakers would be rushing to implement proven approaches. But the reality is otherwise.