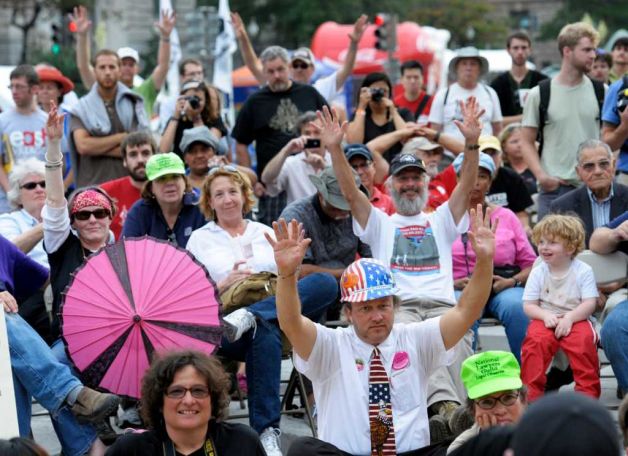 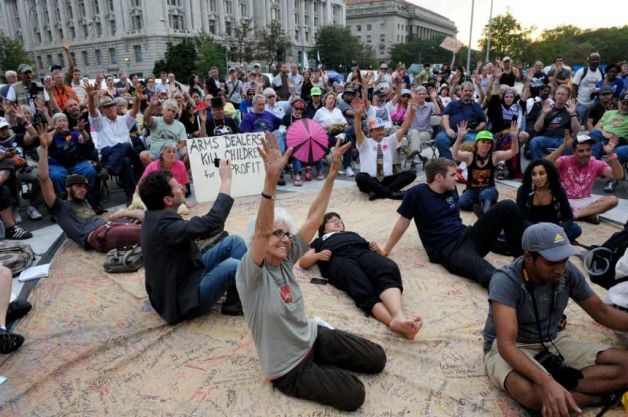 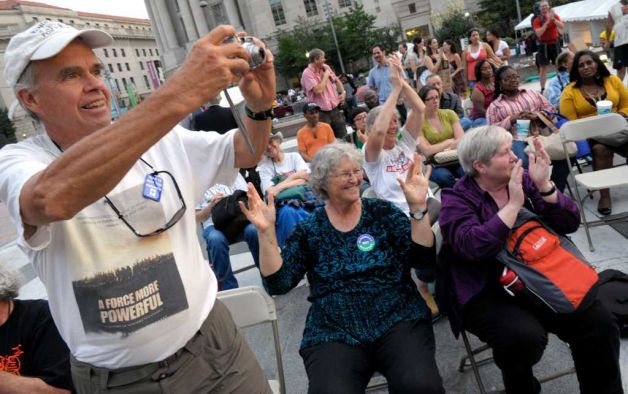 If you've been consuming any of the consternation Occupy Wall Street is kicking up from the right to on-high, you might have heard that the action is mostly comprised of hippie youth. Of course, "Occupy demographics" is tricky territory when it comes to visual media with too much opportunity to skew or reinforce misleading impressions.

With this in mind, I was interested in these AP photos bouncing around today. Of course, it would be one thing to draw assumptions from a random couple of crowd shots from OccupyDC. But that's not what we're looking at. Instead, these are photos of organizers holding a General Assembly meeting in Freedom Plaza to consider an offer by the Parks Service to extend their protest permit.

See all BagNews Occupy Wall Street coverage, including the best collection of photography you'll find on the movement, right here.

(photo: Cliff Owen / AP caption: Demonstrators in Freedom Plaza hold a general assembly meeting to decide if they want to accept a U.S. Park Service Police offer to extend their permit to occupy the park for another four months in Washington, Monday, Oct. 10, 2011.)

Journalism Media Politics News We Are The 47 Percent Protest