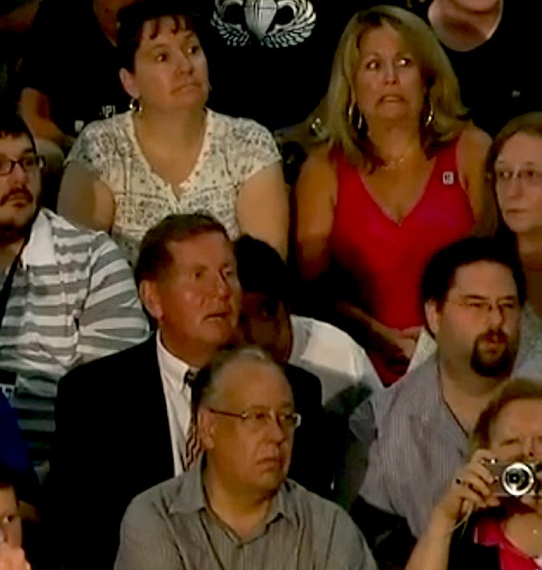 “We have a problem in this country. It’s called Muslims,” an unidentified man who spoke at a question-and-answer town hall event in Rochester, New Hampshire asked the mogul at a rally Thursday night.

“You know our current president is one. You know he’s not even an American.”A seemingly bewildered Trump interrupted the man, chuckling, “We need this question. This is the first question.”

“Anyway, we have training camps growing where they want to kill us,” the man, wearing a “Trump” T-shirt, continued. “That’s my question: When can we get rid of them?”

If you’ve been following the presidential race at all, you’re already well familiar with the shame of the moment, at least the way the media sized it up.

At a campaign event in New Hampshire that Donald Trump turned into an open Q and A, the vituperative candidate not only failed to correct this hater (the media castigating Trump for failing to match McCain’s response in a like instance in 2008) but he used it to further fear monger on the threat of terrorism. Shame on Trump, yes, and on the compliant assembly, too -- right? 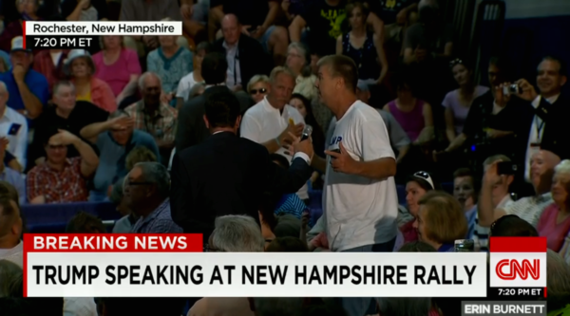 Here’s my problem though. In implicating Trump as a bigot and, by association, the audience as cohorts or sheep, the media, especially the photo media, thoroughly missed the most curious and unscripted moment of this dispiriting campaign.

What they missed was a reaction completely contradictory to conventional wisdom, and the perception that the hearts and minds of those who'd be drawn to the billionaire lightning rod would be fixed and static. These are those white people whose anxieties and fears are rigidly held in check by anger and prejudice, right?

Is it possible, though, that voters, even the most scared and angry ones out there, are actually more flexible in their thinking but just all-too suggestible?

Let's get to the screenshots. 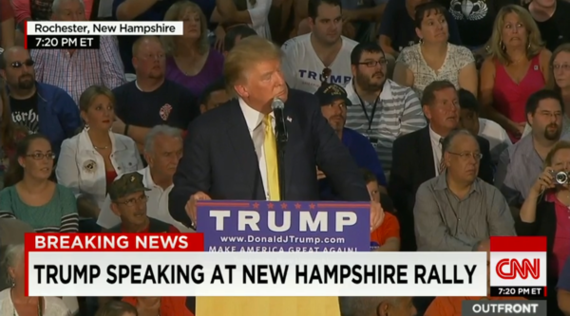 What is plainly visible in the first one, upon the questioner calling Obama a Muslim, is outright shock and recoil in response to the slur by these died-in-the-wool reactionaries. 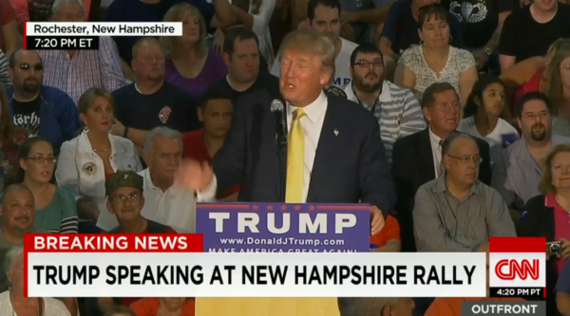 In the next millisecond, the instinctive and immediate behavior of the crowd is to check in with Trump for his response. 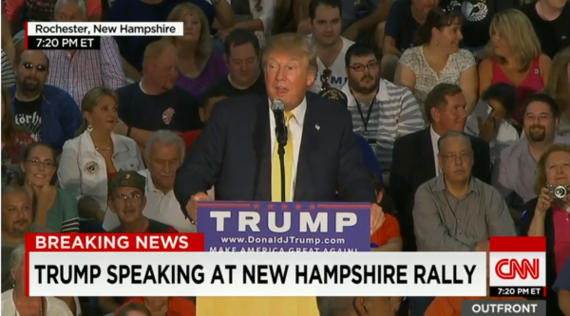 It's at that point that the bodies relax -- after the defacto model and guidepost has not only morally validated, but endorsed the hateful remark.

But, here’s where my emphasis on the media framing comes in. Largely authorized by mockery, irony, or just business-as-usual, Trump’s impact and effect, at least visually, is largely falling into a dead zone. The tone of the visual coverage — tone in a picture being analogous to “point of view” — is to treat Trump as a spectacle, as cultural and political entertainment, as just a guy getting away with something. So that, when those moments come, as I imagine they do every day, when the truth rears it's ugly head (or cranes a dozen not-completely-brainwashed-ones), all the cameras can see is what they're already looking for.

Where the commons suffers and the media fails us — Trump and his followers simply the example of the day — is in boiling the political and cultural world down to clichéd story lines and to caricature. So let me illustrate how this fails us in a larger sense. In contrast to the more dynamic and three-dimensional quality of the reactions caught in that screenshot, the twenty-one photo Getty edit (published here at Zimbo) largely reinforce the caricatures, framing the attendees as wackos and eccentrics. 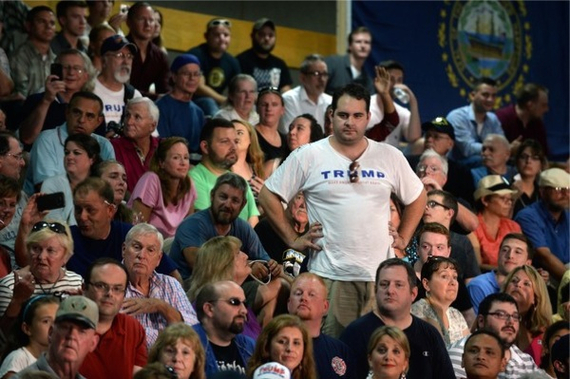 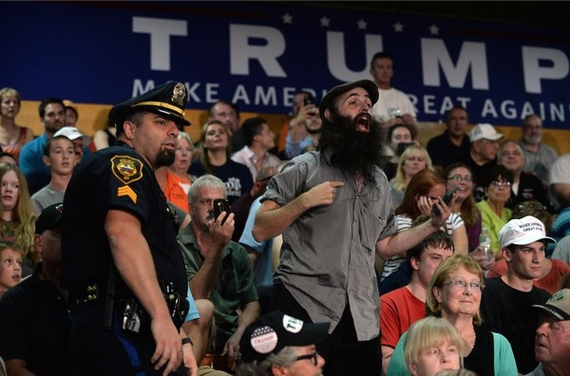 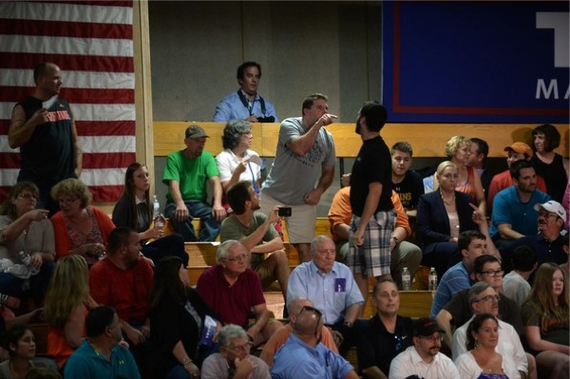 Like the TIME cover of the Trump faux-statesman posing in his shambles of an office with an American eagle, Trump, the faux-founding father in a powdered wig, or the amusing New York Times Magazine cover depicting Trump as a balloon, the media is aiding and abetting its show dog. Or, to the detriment of those people in this audience who haven't gone off their meds and, concerned and suggestible as they are, perhaps the better analogy for the media's framing of Trump is "the Pied Piper.”

Perhaps the most concerning factor here, however, in the discrepancy between that picture of shock and the sense we were left with that the audience never even blinked, is how much the media is a role model, too.