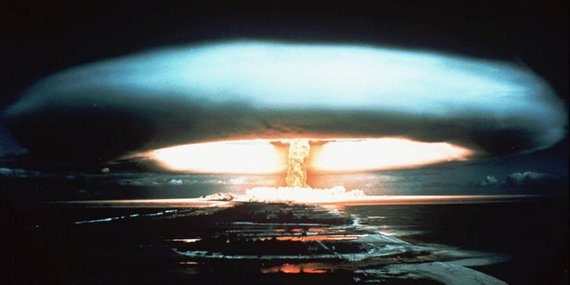 COLORADO SPRINGS, Colo. - In a scene reminiscent of a bad 80s film, "Ready for Hillary" banner ads overwhelmed government servers, resulting in a partial freeze of the U.S. government mainframe.

While embroiled in an email scandal, the most alarming aspect Hillary Clinton's latest controversy now reaches the nation's nuclear arsenal.

NORAD (North American Aerospace Defense Command) announced that at least two nuclear launch codes might have been embedded within "Dinner with Hillary" and other Clinton Campaign internet banner ads.

"There's no need to worry," says Air Force Col. Jim "Jet" Chambers. "The codes weren't actually 'launch' codes, they were a set of several thousand phony codes aimed at tricking hackers. The real question is how these codes became embedded within a banner ad."

Amidst ongoing scandal, a Justice Department spokesperson assured Americans that no laws were broken. "We're still investigating the banner ads, not Hillary Clinton. To be clear, Clinton is not part of any investigation. As for the banner ads, there was no law at the time specifically mentioning the merger of nuclear launch codes and electronic campaign advertisement."

Republicans in Congress were furious and called for an immediate investigation. One GOP strategist, before hyperventilating and reaching for his right forearm as he fainted to the ground, claimed that national security was now at stake. "Nuclear launch codes. I said nuclear launch codes. Did you hear what is coming out of my mouth?"

The Clinton Campaign remained defiant after a New York Times article incorrectly claimed nuclear launch codes were embedded specifically by the Clinton Campaign. "Another example of shoddy reporting," said a Clinton spokesman. "The fact is that no laws were broken, The Times knows this, and voters need to understand that even NORAD doesn't think it's serious."

The latest banner ad controversy doesn't seem to be affecting Clinton's poll numbers and FiveThirtyEight published a piece declaring the former Secretary of State now has a 92.5879% chance of winning the presidency; up from 91.58674% two days before NORAD found the embedded nuclear launch codes.

Some Clinton supporters questioned by CNN expressed concern, but believed this too would pass. "I'm not too worried," said a lady named Marge. "They'll do anything to hurt Hillary and we don't have anyone now pointing weapons at us, so yeah, I'm not worried. This isn't the Cold War anymore, people."

In related news, the FBI found the same codes on Clinton's private server, but said that no laws were broken.