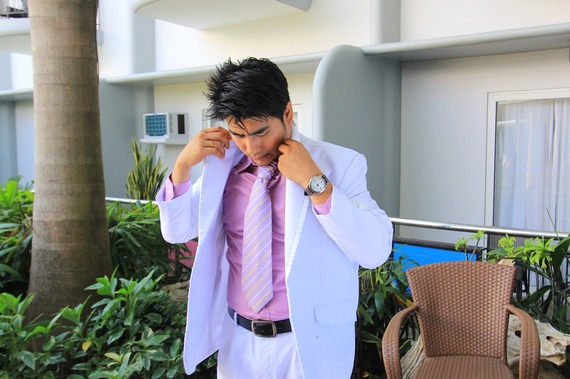 It is easier to be an entrepreneur than it ever has been in history. Many people may sound convincing about starting their journey as an entrepreneur. However, the truth is that most employees are not ready to be entrepreneurs.

Countless successful entrepreneurs inspire many people. Often, the problem is that the spectators are inspired by the results but fail to acknowledge the hard work that preceded their success.

Many people may observe from the sidelines and say that those entrepreneurs were lucky. I am not going to deny that some people get lucky. Some people win the lottery. Some people may get a book or record deal from a random YouTube video that went viral. The chances that you will repeat that type of success are often less than 1%.

Unfortunately, many people continue to play the lottery with hopes of being lucky someday. Alternatively, there is the crowd of people who will dedicate a short period to being an entrepreneur. Why?

Well, since they have seen a case example of someone achieving great success in such a short time, they believe that they can duplicate their success. Sadly, most of those people do not end up being successful. Should it really be a surprise?

The majority of successful people would not say that they were lucky. It was their sufficient preparation that prepared them to capitalize on those opportunities.

Most aspiring entrepreneurs have someone that they view as a mentor, even if the supposed mentor is not aware of it. The challenge is that many people are in awe of the vacations, cars, and homes that successful entrepreneurs display to their fans and the public.

If you ask me, I think most of those prolific entrepreneurs are doing a disservice to their fans. They are happy to showcase all of their luxurious items but fail to show their audience the full story.

Whether it is the money spent in helping themselves to improve their skillset or the years of time invested that has yet to yield any success, the majority of people do not see these instrumental periods of the entrepreneur's journey.

If anyone expects to be successful within a short time, he or she does not want to be successful but instead lucky. For some reason, they believe that there are hip-hop artists who were one hit wonders but they will never be one of them. Alternatively, they agree that there are reality TV stars who often vanish after one or two seasons but it will never happen to them.

Their arrogance often clouds their vision, which leaves them to focus on their ego rather than their business strategy.

Do you want to be successful or lucky? It does not require much work to be lucky, but it does require a tremendous amount of work to be successful. While there is a minority of people who have used their lucky situations to perpetuate the longevity of success, I would not recommend counting on being one of them.

If you want to be successful, then you need to choose your path. I talk about this specifically in this video.

Which type of entrepreneur are you?