A Republican primary debate clip from the 1980 presidential campaign resurfaced this week, and it sounds completely different from the GOP of 2019.

In the footage, future presidents Ronald Reagan and George H.W. Bush spoke with sympathy about the plight of undocumented immigrants and offered ways to welcome them. Reagan even slapped down the idea of a border fence and said he’d like to “open the border both ways” while Bush praised the undocumented as “honorable, decent, family-loving people.”

Reagan would go on to defeat Bush in the primaries and become America’s 40th president. Bush would serve as Reagan’s vice president, then become the commander-in-chief in 1989.

During the debate, a member of the audience asked the candidates about undocumented immigrants attending U.S. public schools. Bush said he wanted a solution “so sensitive and so understanding” to both labor needs and human needs. He also said “reluctantly” that anyone in the country should get “whatever it is that their society is giving to their neighbors.”

Bush also became emotional over the notion of an undocumented child who may not be able to attend school.

“These are good people, strong people,” Bush said. “Part of my family is Mexican.”

Reagan called for a “better understanding and better relationship” with neighbors such as Mexico.

“I think that we haven’t been sensitive enough to our size and our power,” Reagan said, adding:

“Rather than talking about putting up a fence, why don’t we work out some recognition of our mutual problems, make it possible for them to come here legally with a work permit, and then while they’re working and earning here they pay taxes here? And when they want to go back, they can go back, and they can cross. And open the border both ways by understanding their problems.”

See the full clip above.

The debate video, which has gone viral from time to time in the past, was shared this week by Qasim Rashid, Democratic state senate candidate in Virginia.

PHOTO GALLERY
7 Ways To Get Around The Border Fence 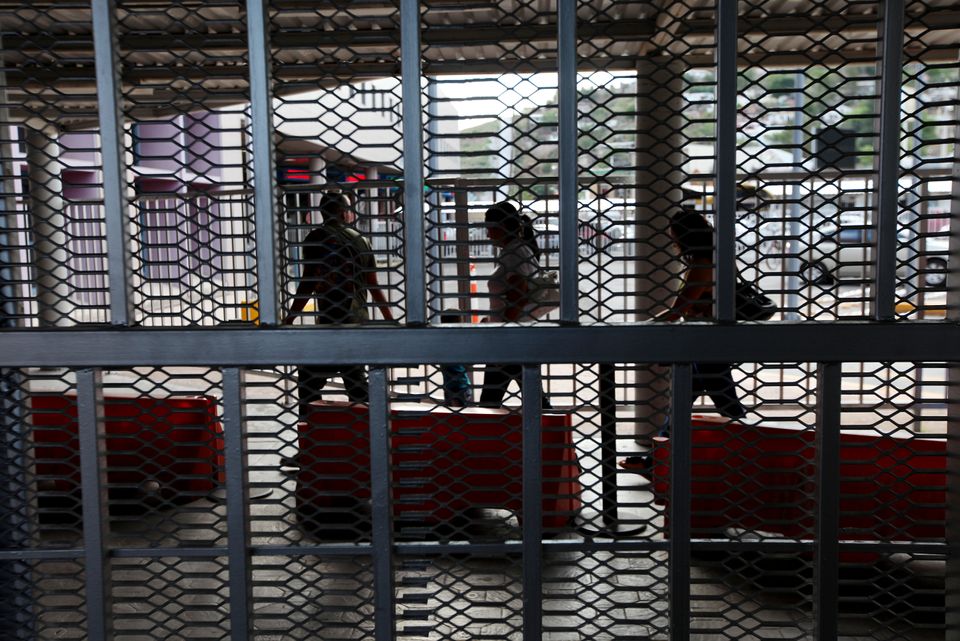 1 / 7
Walk across a point of entry
Have two feet? Use the to walk across the border. The fence won't present a problem.
NOGALES, MEXICO - JULY 7: Mexican nationals walk with their luggage through the U.S-Mexico border on July 7, 2012 in Nogales, Mexico. The president-elect of Mexico, Enrique Peña Nieto, stated that he wants to expand his country's drug-war partnership wi