Americans who know anything about the Jewish holiday of Hanukkah may have heard that it celebrates the victory of good over evil -- the triumph of light over darkness.

But the real history of Hanukkah’s origins is more complicated. It is as much the tale of a Jewish civil war as it is about successful resistance against foreign interlopers.

What’s more, the miracle of oil, which is the inspiration for most of the contemporary holiday’s key rituals, did not even become a part of Hanukkah’s mythos until centuries after the Maccabees’ military win. Here's the real story.

In 200 BCE, the powerful Seleucid empire took over Judea, an area encompassing parts of what is now known as Israel and the Palestinian territories.The Greek-centric kingdom was founded by Seleucus, one of Alexander the Great’s top military officers, and had steadily expanded outward from its capital of Antioch in modern-day Syria.

Some Jews embraced aspects of the Seleucids' Hellenic culture. But when Antiochus IV Epiphanes ascended to the Seleucid throne in 175 BCE, he initiated an explicit program of hellenization in the Jewish territory, promoting the values of worldly knowledge, physical beauty, hedonistic indulgence and polytheistic spirituality.

Antiochus’ measures were welcomed by some local Jews.

“The initiative and impetus for this often came from the locals themselves,” said Shaye J.D. Cohen, professor of Hebrew literature and philosophy at Harvard and author of From the Maccabees to the Mishnah. “They were eager to join the general, global community.”

For a basic explanation of Hanukkah, head over here.

Becoming more hellenized didn’t mean they were less Jewish as a result. Most Jews didn't see hellenism as the enemy or any way compromising their sense of themselves as Jews. Erich Gruen, author, Diaspora: Jews Amidst Greeks and Romans

For example, the Jewish high priest, who served as religious leader and political ruler of the semi-autonomous Judea, welcomed the construction of a gymnasium in Jerusalem, where Seleucid military officials practiced traditional Greek exercise in the nude alongside local Jews, including priests. Antiochus also encouraged the development of the Greek educational system in Jewish society.

A growing number of Jews began worshiping Greek gods, too.

The rising influence of hellenism was not immediately a source of open conflict within the Jewish community. In fact, hellenism permeated even the most traditional circles of Jewish society to one degree or another. A typical Judean would have worn Greek robes and been proficient in the Greek language whether he was urban or rural, rich or poor, a pious practitioner of the Mosaic faith or a dabbler in polytheism.

“Becoming more hellenized didn’t mean they were less Jewish as a result,” said Erich Gruen, an emeritus history professor at Berkeley and author of Diaspora: Jews Amidst Greeks and Romans. “Most Jews didn't see hellenism as the enemy or any way compromising their sense of themselves as Jews.”

So, What Went Wrong?

Eventually, Antiochus and his Jewish allies, including the high priest Menelaus, pushed the more pious Jews too far.

Menelaus embarked on a campaign of radical hellenization in 167 BCE, prohibiting fundamental Jewish practices, such as circumcision, on pain of death. He also introduced foreign rites into the Jewish Temple, forcing Jewish pilgrims to sacrifice pigs, which are profane in Judaism. He built an altar to Zeus on top of the sacred altar to the Jewish God, Yahweh. Prostitutes were allowed to solicit their services freely on the Temple grounds.

It's unclear whether Menelaus acted of his own volition with the Seleucids’ backing, on Antiochus’ orders, or some combination of the two. Some scholars believe Antiochus’ efforts in Judea were part of an empire-wide attempt to consolidate his power by uniting the disparate territories under a common hellenist banner.

They actually rebel only when the religious persecution reached a level they could no longer tolerate. The line in the sand seems to have been the Torah and the [commandments], and the profaning of the ritual of the Temple. Shaye J.D. Cohen, Harvard

Others argue that the king’s courtiers, most likely including Jewish officials, such as Menelaus, put him up to it. Those officials may have sought to “reform their religion in the name of the king,” Cohen said.

But one way or another, the tyrannical measures were too much for traditional Jews to bear, prompting them to fight rather than acquiesce to the authorities’ demands.

“They actually rebel only when the religious persecution reached a level they could no longer tolerate,” said Cohen, who also chairs Harvard's department of Near Eastern languages and civilizations. “The line in the sand seems to have been the Torah and the [commandments], and the profaning of the ritual of the Temple.”

Cohen characterizes these Jews not as zealots, but as “realists.” Until then, they had embraced many hellenistic norms in their own lives and accommodated the spread of practices to which they objected -- such as foreign worship -- among their co-religionists.

The Maccabees And The Jewish Civil War

Broadly speaking, the Jews of Judea can be divided into two camps based on their reaction to the prohibition of ancient Jewish rituals and the desecration of the Temple. The first camp, the pietists, were unwilling to comply with the radical measures and supported armed resistance against the high priest Menelaus. The second camp, the hellenists, either welcomed the changes or did not care enough to fight them.

Pietist Jewish militants coalesced under the leadership of the Hasmoneans, a clan of Jewish priests that fled Jerusalem for the Judean town of Modi’in. Starting in 167 BCE, Judah, the third son of the Hasmonean patriarch Mattathias, led a guerrilla war against the Seleucids and their hellenist Jewish sympathizers along with his four brothers.

The Hasmonean brothers’ military successes earned them the nickname “Maccabees,” likely derived from the ancient Hebrew word for hammer.

It is not clear how many hellenist Jews fought alongside the Seleucid forces in opposition to the Hasmonean-led militias, but the pietists certainly did not enjoy the support of all Judeans. And though the civil war did not break down along purely geographic lines, the Hasmoneans had a base of support in the countryside.

It is not clear how many hellenist Jews fought alongside the Seleucid forces in opposition to the Hasmonean-led militias, but the pietists certainly did not enjoy the support of all Judeans.

There were even some observant Jews who did not side with the Hasmoneans. Years into the war, the Seleucids appointed a new high priest in an attempt to calm tensions. A group of pious Jews accepted his leadership, prompting the Maccabees to malign them in their account of events.

Thanks to a series of cunning Hasmonean military maneuvers and setbacks for the Seleucids elsewhere in their empire, the pietist militias conquered the city of Jerusalem in 164 BCE. They restored the ancient Jewish rites of the Temple, tearing down the altar to Zeus and other pagan gods.

The word “Hanukkah” means dedication in Hebrew, referring to the Maccabees’ re-dedication of the Jewish Temple, which is believed to have taken place around this time on the Jewish calendar.

Judah the Maccabee chose to celebrate the re-dedication of the Temple for eight days, the same length of time that King Solomon celebrated the consecration of the first Temple.

The eight-day festival was an attempt to “refurbish [Judah’s] image in the light of the heroes of the past,” Berkeley’s Gruen said. “Putting himself in the mold of Solomon at the time of the building of the first Temple is part of the image that Judah Maccabee wanted to deliver.”

What About The Miracle Of Oil?

The traditional Hanukkah story is that when the Maccabees arrived to re-consecrate the Temple, it was in such disarray that there was only enough olive oil to keep the sacred seven-branch candelabrum (or menorah) lit for one day. Instead, the oil miraculously lasted for eight days.

Jews celebrate Hanukkah for eight days to commemorate this miracle, lighting an additional candle on a special Hanukkah menorah -- or Hannukiah -- each night of the holiday. That is also why it is customary on Hanukkah to eat foods fried in oil, like potato latkes and doughnuts.

In reality, the rabbis likely developed the miracle-of-oil narrative several centuries after the events of Hanukkah took place. The first mention of the miracle is in a passage of the Babylonian Talmud dating to some time between the third and fifth centuries CE.

It gave the rabbis, who were uncomfortable with the Maccabees, a way to say they respected Hanukkah...They didn’t want little Jewish boys to grow up and try to be Judah the Maccabee and try to attack the Romans. Shaye J.D. Cohen, Harvard

Harvard’s Cohen believes that the rabbis of the Talmud came up with the miracle of oil in order to “demilitarize” Hanukkah.

“It gave the rabbis, who were uncomfortable with the Maccabees, a way to say they respected Hanukkah,” Cohen said. “Military victory and upheaval was not a good lesson for Jews to have living under the Roman empire. They didn’t want little Jewish boys to grow up and try to be Judah the Maccabee and try to attack the Romans.”

The use of oil lamps, however, was a component of the holiday virtually from the start. Jews celebrated the holiday with the lighting of lamps, according to Maccabees II, a pro-Hasmonean, second-century account of events included in some versions of the Christian Bible.

Josephus Flavius, a Roman-Jewish historian in the first century CE, also refers to “festival lights” in his description of the holiday’s observance.

Hanukkah remains a relatively minor holiday for Jews. It is far less important than Rosh Hashanah and Passover, for example.

But it has an outsize status in diaspora Jewish communities, the largest of which is in the United States, where Jewish religious devotion often takes a backseat to a sense of cultural pride. That Hanukkah typically falls around the same time as Christmas has also raised its profile.

For many Jewish Americans, it is the quintessential example of that old adage said to summarize many Jewish holidays: “They tried to kill us. We won. Let’s eat.”

Now you know it's more complicated than that. Let's eat. 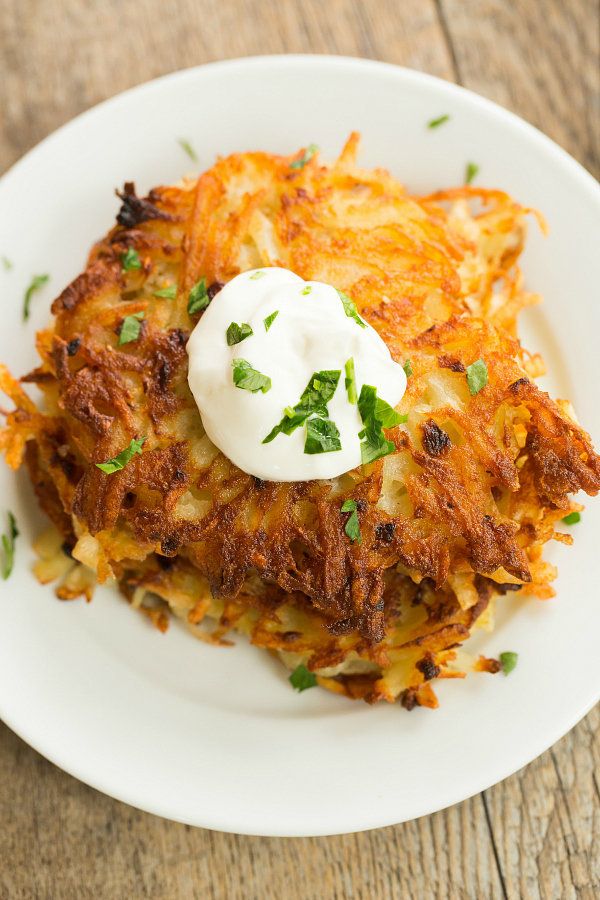