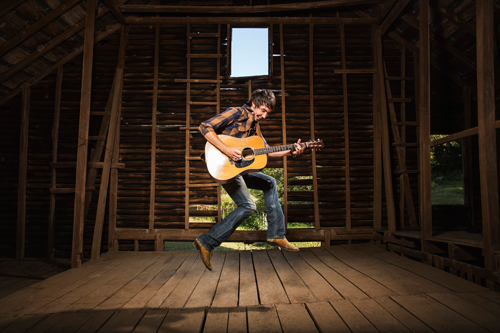 When Mo Pitney took the stage at The Grand Ole Opry last June and performed two songs, "Clean Up On Aisle 5" and "Country", the packed audience gave him a standing ovation, something almost completely unheard of for a young artist performing there for the very first time. In the months since, performing at The Opry several more times to the same enthusiastic reception, and visiting radio stations across the country in preparation for the release of his highly anticipated debut album, a lot of people have had a lot of very good things to say about his music, his easy-going manner, and his future. More than a few people think that Mo Pitney may soon be one of the most important artists in Country Music.

Most of the things that are really important to Mo Pitney turn out to have something to do with music or with other people. You can't really separate them into those two categories, though, because so much of what he appreciates in music is interwoven with the way he admires the people who have made the music he loves. 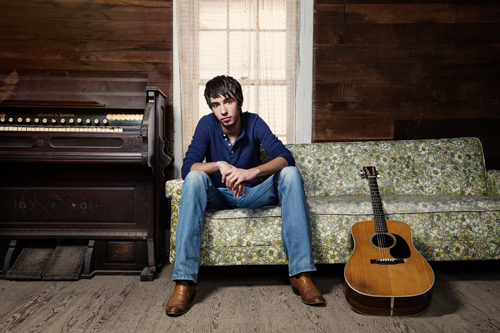 He recently performed as part of a tribute to Country legend Ray Price on RFD-TV's Country's Family Reunion, and when he talks about it, you get a good idea of what an experience like that means, when Country Music means so much to you. "I sat in the room not only with a lot of great artists, but with some of the greatest musicians anywhere, musicians that I've listened to on my favorite records," he says. "I was in tears listening to Buddy Emmons talk about his times with Ray Price," he continues, talking about the legendary pedal steel player. "I'm such a fan of the music, and of the people that were here before me. That's where I get my joy, more than anything, from being moved by somebody else, by their music and their life, and their story."

It's the kind of idea that comes up a lot if you talk to Mo Pitney about music, and for Mo Pitney, that doesn't just mean Country Music. He listens to a lot of different music, and he actually came up as a Bluegrass player, in a family of great Bluegrass musicians. It's a world that's still an important part of how he see's the world; the music and the musicians are important to him, but perhaps even more important is what he learned from them. "I grew up in a world of Bluegrass where people stay up all hours of the night, jamming in a hotel room or in a hallway at a Bluegrass festival, standing in a circle with no audience, just standing in a circle playing music," he explains. "You realize that they're not doing it for anything other than their love of the music. That's where I came from." 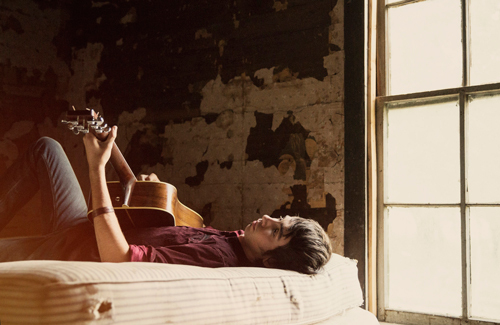 He didn't just come from there, he brought a lot of that independent, carry-your-own-equipment, love-the-music ideal with him. Not long ago, right in the middle of the hectic, heavily scheduled pressure of a nationwide radio tour, he got a last minute call from a friend about some music. "He said, hey, down here at the music store we're going to have a jam, why don't you come up and just pick?" Pitney recalls. As soon as he was finished with his interviews, he hit the road and drove all night to get there. "We hung out all day long, and J.D. Crowe ended up showing up. We all popped our instruments out, and we sat until three or four in the morning and picked. We talked about life, and we talked about music, we talked about Crowe's life and then we'd play a song." It's a real insight into what's important to Mo Pitney. "I want my life to be marked by the love for the art form, and by staying true to myself, more than by any kind of success."

All the same, when you're a twenty-two year old singer and writer from Cherry Valley, Illinois and all of a sudden you start to see expectations building all around you, big expectations about who you can be, what you should be, and what everybody else seems to think is important, it's not like you can just ignore it either. "Trying to figure out how to stay grounded through all of this, to keep my head and my beliefs squared away is something I've worried about," Pitney says. It's something he's thought about very carefully, because it's the kind of thing that's important to Mo Pitney. "From a spiritual standpoint, I'm a Christian, I grew up in a Baptist home, and pride is something I take very seriously, because it can take you away from that," he says. It's a good thing to hear, if only because the world would be so much better off if more people had the sense to worry about things like that. Everybody knows too many stories about powerful people, wealthy people, very important people driven only to be more powerful, more wealthy and more important, no matter what.

None of that seems like it's important to Mo Pitney, probably because so many other things, and so many other people, are. "There's millions of great singers in town that could be doing the very same thing I am," he says, thinking, as he often seems to, about other people and what things are like for them. In a very important way, that brings you back to what it means to be 'Country', and to the song called "Country" that Mo Pitney wrote with Bill Anderson and Bobby Tomberlin. "Have you ever helped someone in need, Without them even asking?" the song goes, "We do that in the Country."

It's a song that finds a natural balance, as beautiful as open country, between what's important to you ("Have you ever picked guitar on your front porch, In the morning as the sun was rising"), and what's important to other people ("Or followed your dog down to the river, And ran into an old baptising?"). It's a lot like the balance, the respect and awareness, that someone has when they can stand in a circle in a hotel hallway playing a guitar with somebody else who's playing a banjo or a mandolin or a fiddle or a bass, or something just as important.

For an artist that so many people, and especially people who love Country Music, have heralded as an important return to 'real Country', it's interesting when you hear Mo Pitney say that he doesn't actually try to write Country music. "My music, and what I do, what I write about and what I say are things that I know about and that I've experienced," he says. "Everything I sing about is very connected to me personally, it means something to me personally." It just always turns out to be Country. "When I sit down and write a song, what comes out, I've never heard it called anything else but Country music." 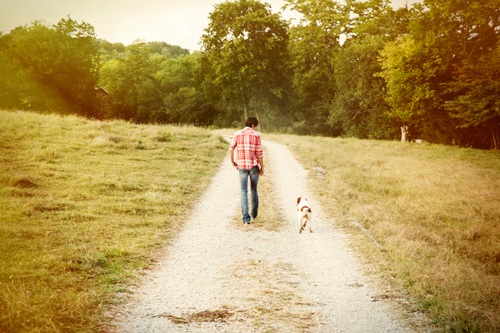 It seems like that's the important part as far as Mo Pitney's concerned; what's most important is that what he sings about, what he writes about, are the things that he really knows, and that he really cares about. After all, the only way anything can ever be real Country is if it's real to begin with. "Country ain't even a place on the map," is how Mo Pitney's new song "Country" says it, "It's a place in your heart."

Mo Pitney knows a couple of really important things about being Country, real Country. One of them is that he knows who he is, and that's always going to be important, because it's the only way anyone can keep becoming the person they really want to be. Just as important though, it seems like Mo Pitney never forgets about everybody else, and how important they are too.