We can agree that when it comes to social media, we're all panning for real-time gold. We're tirelessly keeping up with the trends and coaching our clients (or bosses) about the importance of being in today's conversation - which isn't necessarily the one we planned on. Reach just isn't possible without super smart real-time executions that propel our brands into the now, especially when paid dollars aren't on the table.

But here's the problem: our highly regulated, bureaucratic world isn't suited for the quick movements necessary to make real-time possible. And it's not the fault of the process. There is so much compliance involved that large companies are rendered motionless until they're given the go-ahead from their legal departments.

But trends die out as quickly as they catch on, and in the time it takes to get something approved, your real-time relevance is gone with the wind.

Advertisement
So, the only times we're able to hop on a trend or be part of a live conversation is when: 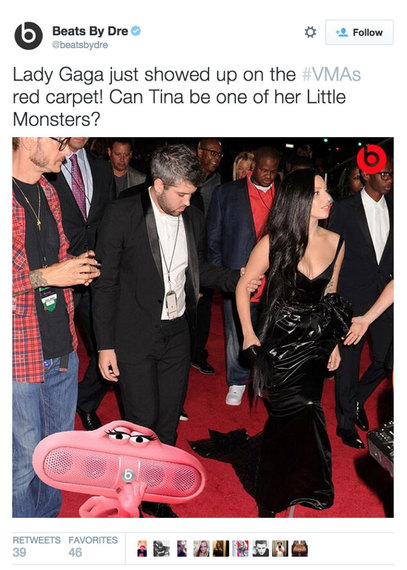 Beats by Dre anticipated a conversation around Lady Gaga's arrival and capitalized on it. The result? A shout out from Miley Cyrus...organic reach like whoa. 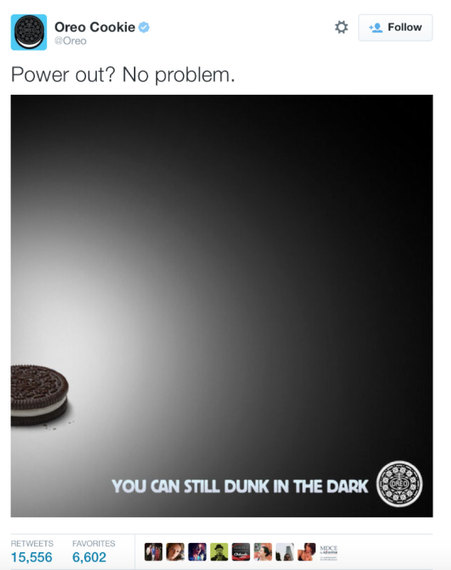 Did you see that? Yep, this singular tweet received over 15,000 retweets. And it came as the result of a LIVE collaboration between agency and client, creative and listening, strategy and account. All branches coming together, likely in one room (the "war room"), to monitor and brainstorm together with their legal reps. It takes a lot of people and a lot of effort, but, in this case, the brandlive/war room approach was well worth it. But is this realistic for every brand?

Advertisement
Without a hero's commitment and Oprah Winfrey pockets it's almost impossible to carry any of these out. No matter the amount of relevance, if there's no media budget for this extreme effort in relevance, no one will see it. It's actually likely to get less traction than one of your regular promoted posts. There's only one exception that my colleagues and I can agree upon, and that's Instagram. Not only do hashtags seem to trend for longer on Insta (remember
#nationaldaughtersday
? Yeah, it lasted for three days), but paying attention to them is actually pretty posh. However, their recent push into the advertising spotlight is likely to change that reality as well.

So what's the solve? How do we ensure that social is truly interactive when we live in a highly regulated world?

My prediction (and maybe my childish dream), is the rise of social compliance agencies that are dedicated to learning the ins and outs of specific industry regulations and how they apply to social media. Agencies with staff members dedicated to 24/7 support who can deliver short turn around times, and, most importantly, who have their asses covered with the best legal teams in social.

But we're trying to be real...right?

So, for the purists out there, keep trying to jump over hurdles to win your insta-gold medal. And prove me wrong by getting some ROI out of these extraordinary efforts. Until then, we'll all settle for as real as real-time can get.