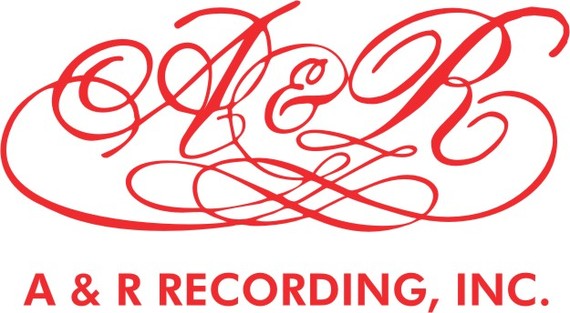 The new HBO series, Vinyl, produced by Martin Scorsese and Mick Jagger, brings back to life the legendary New York music scene of the 1970s. I was lucky enough to have had a front-row seat to this glorious moment in our cultural history; from 1973 till 1980 I was a recording engineer at one of the world's greatest recording studios in New York, A & R Recording.

As showrunner Terence Winter said, it was an insane time and an insane business. On my first day as a seventeen-year-old intern, I got to hang out at a James Brown session where the non-stop pop of the kick drum and crack of the snare almost made my ears bleed. Then I got to watch Paul Simon overdub the stirring gospel group, The Dixie Hummingbirds, for his #2 hit single, "Loves Me Like a Rock." The tales of debauchery from that time were true. Within my first hour in the studio, someone stuck cocaine up my nose.

A & R had two studios in midtown. When I got hired at $80 a week, my first job was "schlepper." It was my gig to push a hand-truck from one studio to the other. The city was bankrupt, dog shit was all over the streets, the sky was always a putrid grayish-green, and some freak could at any moment step out of the shadows and plant an ax in your skull. You had to navigate the streets with a constant vigilance, knowing how to sidestep, cross, avoid. That's where I got my degree from Screw U.

Surviving that initiation, I had the incredible fortune to be hand-picked to assist the lifetime-achievement Grammy Award winning producer-engineer and world-class maniac, Phil Ramone, who owned A & R.

Talking about Jagger, while working with Phil I got to spend a few days with a beautiful young Mick while mixing the '74 Brussels recordings known as Bedspring Symphony the same week we recorded Bob Dylan's Blood on the Tracks. Watching these two icons hang couldn't have been weirder. Mick was the most charming bloke ever -- when he called me Ginger and tousled my long red locks, I swooned. Dylan, however, never so much as acknowledged this schlepper's existence.

Vinyl starts by recreating the top band of the glitter scene, The New York Dolls. I had the real-life joy of spending one day working on their second album, Too Much, Too Soon. They got to the studio hours after the scheduled start time and, along with their entourage, immediately trashed the place. The bass player, Killer Kane, had a rig of twin Marshall stacks, six feet high. When he banged a note on his bass, my legs shook like plucked rubber bands, and they gave out from under me. When I saw Johnny Thunders about to windmill his guitar, I swiftly put a pair of unused headphones on my head. It was still awesomely loud, and I'm sure I suffered some permanent damage. (Read the full story here.)

Vinyl focuses on what were supposedly the main genres of the day, punk and disco, but there was a lot more going on in NYC at that time. There was also a singer/songwriter thing, and we did a lot of that at A & R. I worked on the Grammy Album of the year, Still Crazy After All These Years, by the cold and brilliant Paul Simon, who didn't shy away from razzing ex-partner Garfunkel; the album Judith by the impeccably tasteful and exquisitely-voiced Judy Collins, which yielded her hit, "Send in the Clowns;" the surprise hit "Poetry Man" from the very first album I worked on by oddball Phoebe Snow, who went on to sacrifice her career to care for her severely brain-damaged daughter; and chanteuse Bette Midler, who was funny, smart, and a great kisser, which I can tell you from personal experience.

We also had the funk. There were no fatter, tighter players than the New York studio musicians of the 1970s. If you want to hear what they were able to do, listen to the Royal Scam album by Steely Dan that I helped out on. Those burning tracks came from the combination of Walter Becker's and Donald Fagan's arch wit, angular rhythms and sophisticated harmonies, combined with the groove of the funky cats who played the charts. There was good reason why their records won Grammy awards, including for best engineering.

In those days, the rooms were booked 24/7 and when we weren't cutting records, we were recording movie soundtracks. My proudest accomplishment was producing the soundtrack for genius Bob Fosse's film, All That Jazz. The lead character, based on Fosse himself, was the apotheosis of the 70s sensibility: he drank, drugged, and screwed himself to death.

Yeah, it was an insane time and there were a lot of lunatics in the studio play pen. My mentor Phil Ramone, who went on to produce all of Billy Joel's hits, could be a bit extreme. One time, when I asked him a question, he told me that he was God, and one doesn't question God.

But beyond the craziness, sex, drugs, and ego-maniacal superstars, what the scene was really about was earnest hard work making some of the greatest records of all time. Everyone involved in the crafting of a recording took their task absolutely seriously. The staff at A & R, taught by Ramone, from the top-flight senior mixers down to the kid who made the tape copies, were impeccable. These behind-the-scenes folks were my heroes because their goodness, generosity, and egolessness was rare in a culture that feted jerks.

All of us who worked in the New York music scene of the 70s share an ineffable bond. Those years were the most thrilling and unforgettable of our lives. We lived in the presence of greatness, and, if we were lucky, touched greatness ourselves. We were the best, and made history.

Psychotherapist, Amen Certified Brain Coach, and Author of Never Say No to a Rock Star: In the Studio with Dylan, Jagger, Sinatra and More