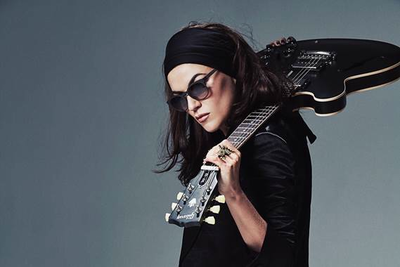 International best-selling singer, songwriter and musician, Melody Gardot, is back with her 4th studio album, Currency of Man. The highly-anticipated Currency of Man is an intensely creative milestone, transcending musical distinctions of jazz, blues and R&B, to offer a stirring social and musical statement. On the new album, Melody joins forces again with Grammy Award-winning producer Larry Klein. This striking musical partnership saw their last collaboration, 2009's My One and Only Thrill sell over 1.5 million copies, and produce songs that have become modern classics. Currency of Man marks a substantial leap forward indeed, as we see Gardot take her gift for songwriting in a completely different direction to her last record, the critically acclaimed release The Absence.

Melody explained, "Every album is a journey and this disc in some ways is a leap into the unknown. After spending time in LA, the songs all became about the people I'd meet, people who were experiencing life on the fringe."

About her song "Preacherman," Melody revealed, "The song (Preacherman) is inspired by the story of Emmett Till. It talks about his life, but more importantly it centers on the idea that racism is not dead. Sixty years ago he died, the same way that Trayvon Martin died--for nothing--and to put it plainly, I'm tired of it. The lyrics recount this young boy's story, as it deserves to be told and remembered, but more importantly the song also begs the question 'How many times do we have to repeat ourselves before we learn from our mistakes?'" 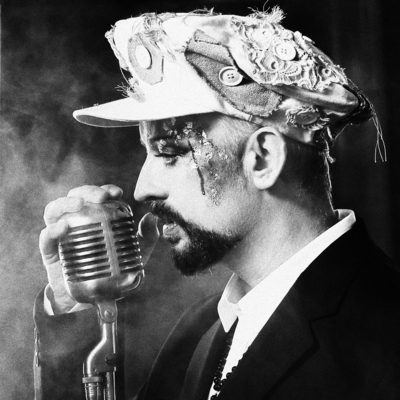 A Conversation with Boy George

Mike Ragogna: George, you'll be premiering a new reality series. How is this going to work?

Boy George: Well, it's something I've been asked to do before, it's not the first time I've been approached but it really wasn't something I'd ever really considered in the past. It's not something I would think of doing in the UK because we just don't have it down like you guys do. We tend to work the American ones, and they're the popular ones. Somehow the other way around, it sort of works. When you do an interview in the UK, the first question's always something really depressing like, "Tell us about the worst point in your life." [laughs] That's the starting point and you think, "Where's it going to go from here if that's your first question?" "Tell me when you were most unhappy."

No, I'm in a really good mood! I feel like I'm in quite a happy place. I invest a lot in happiness. One of the things I love about L.A. is there's a lot of positivity there. I hope that will come across in the show. But no one really knows what it's going to be! I asked that question very early on, but it's one of those things where until you turn on the cameras and put all the characters in place and do it you really don't know what it's going to be. If you watch an early episode of Keeping Up With The Kardashians it's very different to what it is now. I think part of the excitement for me is that I really don't know what it's going to be.

MR: According to your quote, I think we have a hint of what it's going to be like. "If Marge Simpson met Dolly Parton and went dancing with Ziggy Stardust."

BG: [laughs] That's just what goes on in my head! That's obviously just a colorful quip, but I guess how hard can it be to be myself?

MR: Nice. So we've seen the entertainer Boy George as a solo artist, as a member of Culture Club, and you've participated in other creative configurations. So who really is Boy George these days?

BG: I like to think I'm a little more chilled out. As I said earlier, I invest a lot in being happy, it's a big thing for me. I want to bring people into the creative process. I've got lots of exciting projects coming up. But eventually it's really just me being me. I'm a Gemini, there's a lot of personalities going on. [laughs] I'm approaching the change, as well. [laughs] 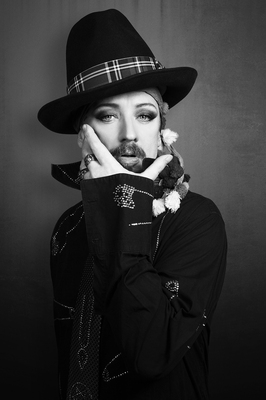 MR: Is it possible this series is a vehicle for your own rediscovery?

BG: I think, in a funny way, I'm more creative now than I've ever been. I'm having a kind of creative Renaissance. It's a wonderful opportunity to have a platform to bring all of that stuff to public attention.

MR: I know you're still putting the pieces together, but how do you think your series might differ from other reality shows?

BG: That is a really big question. I'm not sure how we'll change it up. Obviously I'm me, and those other shows don't have me. As far as I know I'm not a Kardashian. If you compare The Kardashians to The Osbournes, it's a totally different vibe. The Osbournes have that great British explosive emotion. The Kardashians are a little bit more calm. Even when they're getting annoyed they're quite linear and they're quite controlled. I don't know if I'm like that, I'm probably going to find out a lot of stuff about myself.

MR: How do you feel about your contributions to music and pop culture to this point?

BG: It's an ongoing process for me. In a funny way, I'm more excited about what I'm doing now than I was twenty years ago. I'm very into now. The past has allowed me to be who I am right now and I'm very grateful for that, but I think it's important to have a healthy respect for the past but not to wallow in it. Now is always the most exciting time. I just feel that I'm ready for a new adventure and something quite extreme, something quite different to what I've been doing. Coming to America, uprooting myself from the UK, it's going to change the alchemy of my life. I'm kind of excited by that.

MR: Beautiful. What advice do you have for new artists?

BG: I think you have to be really focused on what it is you want to achieve, you have to be able to take criticism and the knocks and all that and you've got to just stay focused. If you want it badly enough you will get there, but you have to be passionate about what you're doing. I think you also have to operate from your heart chakra. You have to really come from your heart and soul. That's how you connect with people. Whenever I'm working with young singers it's the first thing I always say--connect to what you're doing emotionally, that's the key. That's what makes people out there feel something and connect with you. I think that's the most important advice I'd give anyone.

MR: What do you feel has been your biggest growth?

BG: I'm happy. [laughs loudly] I think the biggest thing of all is that I finally like myself. Not in a kind of egotistical, self-obsessed way, but I quite like being me now. I think it's been a long struggle to get to the point where I'm pretty happy in my skin. I've grown up a lot in the past few years, I've become a bit more grounded, a bit more Zen. I feel pretty happy.

MR: And I hope you're happy about making so many people happy throughout your career. So many really appreciate you and what you've added to their lives.

BG: Thank you, that's a really sweet thing to say. 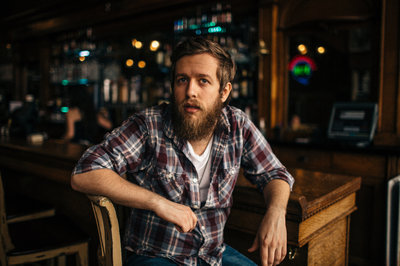 According to Dylan Jakobsen...

"I'm very excited for the release of my 'Can't Believe You're Gone' video. I've always been one who wants to go out and tell a story but this time I wanted to write something a little closer to home. As we get older, we realize the people we love are getting older and everyday you risk the chance of losing somebody close to you. This video is about remembering the time you spent together and honoring their memory. We shot 'Can't Believe You're Gone' in a small town about 100 miles southeast of Seattle. On the anniversary of his father's death, a son heads to the cemetery to honor his dad and has flashbacks of some of his favorite childhood memories along the way.

"I wrote 'Can't Believe You're Gone' in mid-2014 after hearing the news that my close friends grandfather had passed away. I hope this song can mean as much to each person listening as it does for who its dedicated to and myself." 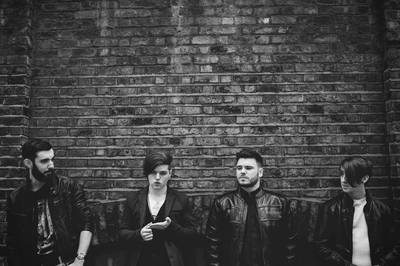 According to Radio Room's Robbie Murphy...

"'Better Now' was one of the last songs we worked on for the record. It was kind of floating about the writing sessions for a good two months before anyone said anything about it. It all started with that kind of synth-delay driven guitar riff, but it was so bad sounding at the start before we tweaked it up that we didn't really think anything of it. When we went into the studio with it, we actually thought we were going to see it as the weakest song on track but we think it turned out to be probably the one we enjoy most on the album.

"Steve Albini was a gent to work with. We got on with him really well and learned a lot from the experience. Looking back on it, if there was a chance to just talk to him and not record an album, we would have still went over for that reason alone. He made the sound golden and gave us plenty of creative control, letting the album unravel naturally over the course of the recording sessions."