It’s happened to all of us. Sometime in the middle of dinner, or hanging out with friends, someone says they’re not sure climate change exists. And you’re suddenly at a loss for words.

The solution, according to former Vice President Al Gore, is a new social media tool designed to tell users the scientific truth about global warming. The tool (really more of a game), called Reality Drop, was unveiled today at a live event in Long Beach, California.

In a calculated nod to millennials and the increasing gamification of our culture, the tool curates hundreds of daily online news articles about global warming, and then allows users to earn points if they leave comments in online discussion boards that spread truthful science and refute anti-science myths. It’s like Pac-Man for do-gooders.

“Social networks are the key in helping us move the needle in the right direction…the key is to seed the conversation with reality,” said Gore, the Founder and Chairman of the Climate Reality Project. “Wherever there is an example of denial in the media, we will give everyone that participates the precise scientific answer to the denial in the story.”

Reality Drop debuts at a vital time in the global bout to cool our ever-warming planet.

The last two years have featured record-setting extreme weather events that climate scientists said were made more intense because of global warming. Sweltering heatwaves, backbreaking drought, above-average wildfires, and multiple freak storms were the defining events of 2011 and 2012.

Such extreme weather events proved very costly—both in terms of lives lost and dollars wasted. In addition to 1,107 tragic fatalities, up to $188 billion in damage was caused by the severe weather events of 2011 and 2012.

Halfway through his presentation, Gore cued up perhaps the most sobering clip from his 2005 Oscar-winning documentary, An Inconvenient Truth, in which a computer model simulates the flooding of lower Manhattan. “Deniers said this would never happen,” said Gore. He then played a montage of news clips from Hurricane Sandy, in which the Hudson River in fact poured into lower Manhattan and Ground Zero.

In the face of overwhelming evidence, the fossil-fuel industry, the most profitable business in human history, has dug in its collective heels in defending the anti-science line.

“Just like the tobacco companies in the ’50s, the fossil fuel industry has engaged in a well-funded and coordinated effort to mislead the public about the scientific reality of climate change,” said Gore, in a press release.

As a supplement to the gaming feature, Reality Drop also highlights and debunks more than a hundred of the most commonly espoused climate myths, including “Antarctica is gaining ice,” “spring isn’t arriving sooner,” and “it’s the urban heat island effect.”

The tool was developed in collaboration with Skeptical Science and Arnold Worldwide, a global communications organization. “You get points for promoting the truth and for combatting the denial—it’s fun and it works,” said Gore.

Gore ended his roughly 45-minute presentation on a call to action, saying its “time to win the conversation on personal terms,” making an analogy to the recent groundswell of support in America for gay marriage.

“Two, three, four years ago, nobody would have imagined how gay rights would have transformed this country—it’s so inspiring,” said Gore. “That same conversation phenomenon has to happen on carbon.” 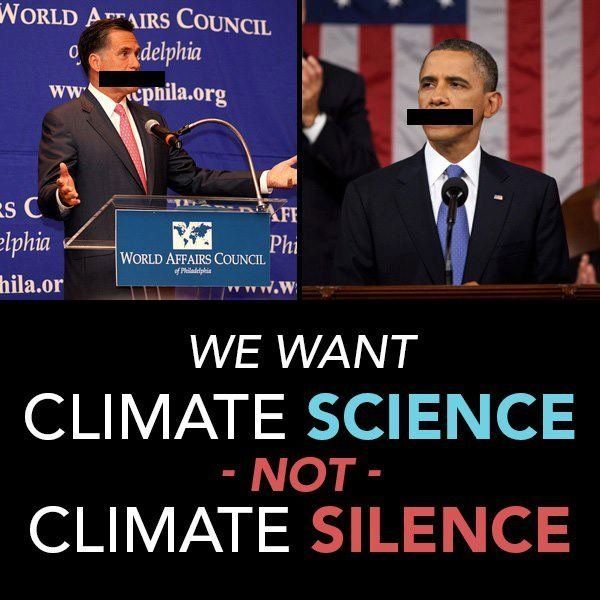