There's a luscious vegetarian cookbook on my piano. Gourmet recipes and top notch photography in a very artful package. When I flip through the pages, my mouth starts to water. It's a little like flipping through Bon Appetit -- only better. I bought this book for my wife, Sue Ann. Sue Ann is a voracious meat-lover. Type O, high metabolism, long and lean like a cheetah. There's nothing brontosaurus-like about her. She has mentioned in passing that she'd like to try vegetarianism for the health benefits and her love of animals. It's also part of her overall forward thinking approach to living. She's a die hard humanitarian. My ulterior motives are a little less ambitious. If she wants to save the animals, and as a byproduct, cook clean for the both of us, sounds like a happy win-win to me.

I often poke fun of my east coast rearing. My innate separatism, that I consciously shift out of on a daily basis. My first generation Italian-American parents were products of a survivalist, depression era mentality. They were caught in the frozen tundra of cross cultures, the budding generation gap and old-fashioned mindsets of a people who left their expanding culture, prior to its expansion. My grandparents were immigrants and factory workers. I think children of immigrants have a challenging time finding their way. Immigrants, especially impoverished ones, tend to hold tightly to what they know, like choking on a chicken's neck. I'm reminded of a story my dad used to tell me about my grandmother, Providencia, who would kill one of her chicks for dinner, with a quick stroke of her cooking ax.

There's an excellent series on PBS called Italian Americans that really captures how four generations of the Italian people made their way in the United States. I feel a million miles away from the northern part of New Jersey I grew up in. Having adopted southern California as my home, I feel infinitely grateful for how living here has broadened my perspective, and worldview. (However resistant I can be to it ).

All this brings me back to Sue Ann. Back to that part about her humanitarianism. The interesting fact that we found each other. She's a child of Taiwanese immigrants. On September 1, her story as a Mars One Candidate airs on AOL.com. Citizen Mars is a documentary about five Mars100 finalists from all over the globe, their intimate stories, and their personal calling to this unique opportunity. I wrote a blog about my process, adjusting to Sue Ann's aspirations as a Mars One astronaut and colonist. You can catch up and read about it on the Huffington Post here.

This April, a Stateless Media film crew followed us around for a few days. They interviewed us, filmed Sue Ann climbing mountains in Joshua Tree, we hiked, we ate, I sang, we broke bread and talked about her leaving the earth on a "one way trip" to the red planet. As a performer and individual with a sizable ego, I'm a little afeared of the interview scenes -- they were so raw and candid. My segment was filmed after a night of camping, not sleeping, no makeup, just an invitation to share my thoughts. It was one of those, "ah what the fuck" moments. What is this all about anyway? "This" meaning life. So on Tuesday, September 1, we all get to see how this ambitious idea, originating in the mind of Bas Lansdorp, is affecting my world, and the world of those four other candidates and their families at large. I'm sure we will be crying, cringing and reaching for popcorn the entire time. 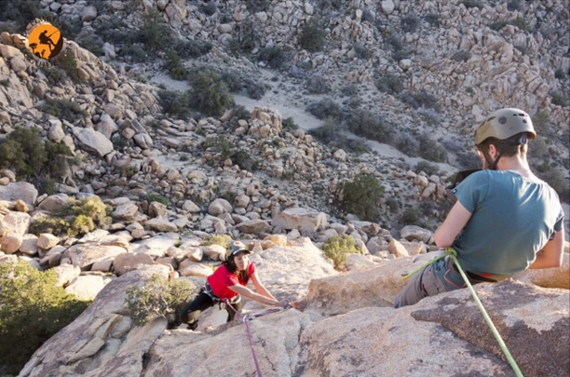