There exists a book, published in 1955, called A Million Random Digits with 100,000 Normal Deviates, which is exactly what it sounds like. Aside from the front matter -- copyright materials, the publisher's name -- it contains nothing but lines of numbers, arranged into columns.

Its creator, the RAND corporation, explains the text's initial function: physicists, cryptographers and the like often need to use random strings of numbers for "experimental probability procedures." But now, with the existence of online password generators and sites such as random.org, the thought of any scientist manually copying text from a physical book into an equation is laughable. Thus, the text has been deemed obsolete. For that reason, Andrew Beccone, creator of the Reanimation Library, had to have it.

"Obviously, a book like this can't not be in the collection," he told The Huffington Post as he pulled the title from his shelves, which are neatly organized according to the Library of Congress Classification system.

Flipping through its many pages is mesmerizing. Its existence and the story behind its creation (its numbers were selected by a roulette wheel attached to an early computer) raises philosophical questions about the value of true randomness (as opposed to pseudo randomness -- the sorts of chains generated by programs or our own minds, which are prone to forming subconscious patterns). Its bare design, too, is a nod to a time when books were the most efficient means of transmitting straightforward information. So the object, while containing obsolete information, is in itself a historical relic. The audience for which it was originally intended may find it no more useful than a paperweight, but it's not without other practical functions. Its layout could inspire visual artists; its title alone could intrigue poets.

This is the common thread between all of the titles housed in Beccone's library, a 1,700-some book collection nestled in a shared artists' space in Gowanus, Brooklyn. He's also done a handful of offshoot branches, including one in conjunction with this summer's World's Fair exhibit at the Queens Museum. This week, he is in Beirut, Lebanon, establishing a small local branch with titles found in nearby used bookstores.

Most of the titles are vividly illustrated, and very few were published after 1980. Explaining his specific interests, Beccone said, "I think what happened in the '80s, is a lot of book layout shifted to computer-aided design. There started to be layout programs, and Photoshop showed up, and the look become more unified. To me, that's a lot less interesting. What you have from the '40s to the '70s is a lot of experimentation in terms of printing technologies."

So, the collection is, in a sense, a commentary on the ways in which the book-as-object has changed after the advent of newest wave of printing techniques, and, of course, the Internet. While many of the library's titles contain scientific research that is no longer current, Beccone asserts that the books, when recontextualized as historical artifacts or sources of inspiration, are useful.

"I've become a little less okay with the term 'outdated'," he said. "I've used that term a lot, and the more I think about it, the more I think it doesn't actually make sense. It's shorthand for something, and people know what it means, but the thing that's interesting about information is that from a historical perspective, things don't become outdated, they just become markers of the time."

His project has been embraced by the art world, with branches opening at a number of museums nationwide, including a Manhattan branch at MoMA in 2012. But Beccone believes some librarians are apprehensive about accepting the Reanimation Library's dual purpose as an exhibition and a functional service, in spite of the presence of a photocopier to be used for scanning pages. The reason, he believes, is that the art world seems less inclined to take issue with labeling a project -- "A walk can be an artwork. A meal can be an artwork" -- whereas libraries at their core are more concerned with classification, which, on a fundamental level, involves creating boundaries.

"In my mind, it's very much a library," Beccone said. "I went to library school. My mom was a librarian. It's a collection of cataloged books that's open to the public. It's designed for use, as opposed to a purely aesthetic experience."

He worries, too, that more traditional libraries may see his project as a means of calling attention to the fact that, due to budget and space constraints, libraries must regularly appraise their collections and discard materials. Typically the removal of titles from shelves involves donations and book sales, but occasionally local branches will throw away outdated books. Our knee-jerk reaction is to liken such an act to book burning, but Beccone said his sympathies are with the library system:

"Look, I mean, there's a ton of printed material. At a certain point, it requires time and money and space to house that stuff. We throw clothes away, we throw food away, we throw lots of things away. There's something symbolically awful about that, and certainly when libraries do it." However, "Libraries can't, and shouldn't necessarily, keep everything. It makes sense that a lot of libraries aren't going to keep a physics book from the 1940s."

But, if said physics book could serve to provoke one's imagination, should it not be accessible to the public? That's where The Reanimation Library comes in. While the recent cropping up of bookless libraries on college campuses seems to represent a beacon of hope for the library community's ability to adapt, Beccone's eccentric project is a welcome antithesis to such progress.

Below are eight titles housed in the Reanimation Library. Much of the collection is also accessible online at reanimationlibrary.org.

PHOTO GALLERY
8 Vintage Books Worth Checking Out
Download
Calling all HuffPost superfans!
Sign up for membership to become a founding member and help shape HuffPost's next chapter
Join HuffPost 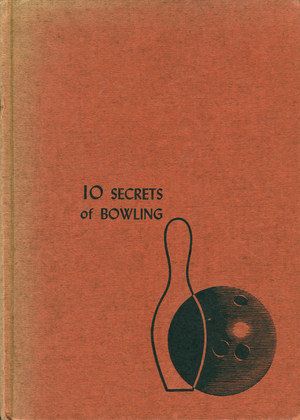