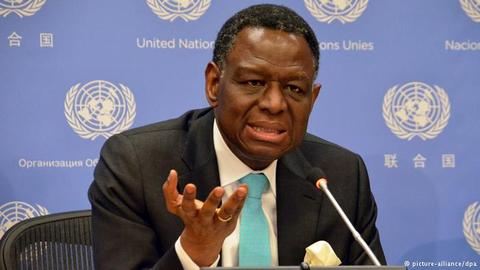 Listen to this Interview on The Stroll Podcast, here

In course of the 25th anniversary of the World Economic Forum on Africa which held in Cape Town 3rd-5th of June 2015, I was lucky to secure a one-on-one with the Executive Director of the United Nations Population Fund (UNFPA), Under-Secretary-General Babatunde Osotimehin.

In course of our brief but very insightful conversation, USG Babatunde and I discussed his takeaways from his session at the World Economic Forum on Africa 2015; the focus of World Population Day 2015; and also about the lessons he has learnt on his journey so far. Here's my conversation with USG Babatunde.

Ebenezar: So, first of all I'll like to know how your session was; the session you spoke at...

Babatunde: It was good...The session was good.

Ebenezar: Were there any takeaways?

Beyond literacy and numeracy, it has to include the vocational training, it has to include entrepreneurship training, and you also must look after teacher education, curriculum development, and also make sure that there is supervision around all of this so that, the quality of the product will be one in which they will not just be looking to employment in public or private institutions, they will also have the opportunity to be able to start their own enterprises--that's the first takeaway.

The second is about health; investing in health and this includes nutrition. One major issue discussed in health is access to reproductive health information, and access to contraceptives and family planning because, for you to reap the dividends you need to be able to allow women decide the number of children they want, when they want the children, space them and have the number they can afford to have, that's how fertility reduction comes.

We cannot reap the dividend if in fact, the population momentum grows and you just continue to have more children, and the dependency grows.

The third has to with the issue of access to credit. We must put in a place, a system that enables graduates, innovative people, and entrepreneurs to be able to access credit and with the appropriate risk management, we will reap more benefits.

We need to put in the place that system that enables them to do Start Ups that will give you small and medium enterprise, and sometimes will be large; but that has to be there otherwise, people will go to school and come out and have the school and have all the ideas, and they will be forced to be looking for a nine-to-five somewhere; sometimes it just doesn't work that way--So, access to credit is a major one.
I'm also not talking micro-credit because; sometimes we diminish ambition by sticking to just micro-credit. When giving out credit, we can calibrate it on the basis of the ambition.

Ebenezar: I agree with you sir. 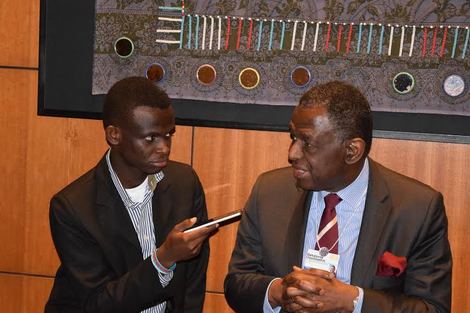 Babatunde: Yes it wasn't, what we're looking for is huge investment, and Government must be ready to make that investment. The second part about Governance is that, this has to be public-private partnerships--Government can't do it alone. We need the private sector to understand that they need to invest and invest properly. In that circumstance, you actually need, again, public policy; sufficient tax incentives, you also need the appropriate policies to attract them to come, to establish, and to feel that they can invest long term in the economy, and take on young people to be part of that development because that is the way it's going to grow.

So, public policy is very important and government must be on top of that. The final thing I will say about Governance is that we also must appeal to our governments that this is long term. So it's not going to be about your 4-year presidency, it's going to be about the shape of a country going forward, and so if your construct is about what you're going to show after four years, please forget it, it's not going to work.

Babatunde: Yes, very short term. But if you build a system that enables this to happen, what you're going to reap after 10, 15, 20 years is going to be tremendous. This is how the east-Asian tigers developed, and it's about being able to do this and do it effectively. The very final point I must make is that, when you talk about education, health, job opportunities and all of that, the gender part of it must play a huge role. Girls must feel that they have equal opportunities as boys, and they must be given the same chance as the boys. I've always asked, why the world puts down half of its population when we can all benefit from their intellectual and physical powers. 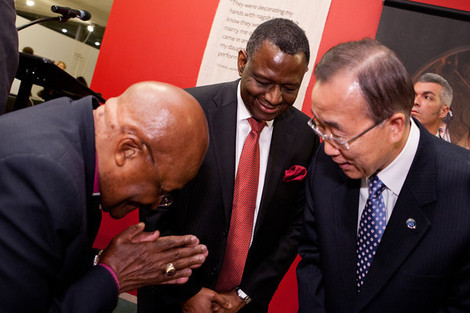 Ebenezar: ...and the world's population is currently over 7 billion. Do you think we are overpopulated as a planet?

Babatunde: I never talk about overpopulation. When you look at population and the dynamics of population, you've got to be careful because, the world peaked in terms of global growth in the 60s and 70s--that's when the momentum of population growth peaked, and right now that momentum is coming down. The world as a whole is not growing as fast as it used to grow. Also, within that frame, there are parts of the world that are growing fast, and there are parts of the world that are actually shrinking.

Babatunde: Northern Europe, Italy, Russia, Japan--which is the oldest country in the world--South Korea; they actually are shrinking. The population growth is below replacement. So, there are two patterns emerging in the world, but sub-Saharan Africa is still growing fast and so are some parts of South Asia--so, that's what where we are.

When we talk about the demographic dividend, we're talking about parts of Africa and parts of Asia, and if we aggressively pursue this, what will happen is, Africa will have the population where creativity and all of that will come, and hey will be able to provide opportunities for their young people to participate in their government. The kind of metrics we have about it is such that, if Africa does this and does it well, Africa will actually add 500 billion dollars a year to its economy as a continent

Babatunde: The total assets in the Central banks of countries in sub-Saharan Africa are 600 billion dollars, and we're looking at adding 500 billion dollars on a yearly basis for 30 years; it's huge! But like I said, it requires political will, discipline, and investment. So, that's really where it is.
I also know that some the Asian countries that are shrinking are putting together the kinds of strategies to rejuvenate because, every country requires a critical mass of young people to drive its economy.

Ebenezar: Okay, so are there some plans UNFPA has for next month's World Population Day?

Babatunde: Yes, we always celebrate it and we circulate to our national and regional offices--you know we're represented in over 150 countries in the world, and so we always try to highlight different issues on this day. For this year we'll talk a lot about demographic dividends; it's very concrete. It's something which a country can hold on to, which a country can work on, and I'm very happy that a country like Uganda now has a whole national programme on demographic dividends, In fact, the national plan of Uganda is based on demographic dividends. Malawi is doing the same; Tanzania is doing the same, Ethiopia too. As for Nigeria, we've done studies for Nigeria, and we're going to talk to the new president. I actually spoke to President Jonathan about it, and Minister Ngozi who was with us. We'll just continue and make sure that they embrace it for the new government to go forward. 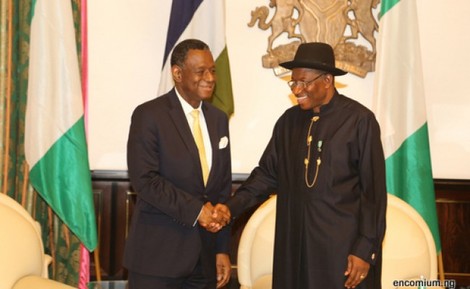 Ebenezar: So let's just round up now, I'd like you to just say something to youths out there. Many Nigerians, especially me, look up to you as someone who started in Nigeria and now you're at the United Nations--that very peak of leadership--and you're doing so well. So, can you share 3 important lessons you've learnt on your journey so far that youths and global shapers can take away?

Babatunde: Well, whatever circumstance you find yourself, work hard. If anybody asked me when I qualified in Medicine 43 years ago, "where would you be?" I could never tell. What I try to do is that in every situation I find myself--and I have been all over the world--I work hard. I always try to make sure I generate confidence in the people I work with so that they see me as somebody who can deliver--I think that's the first.

The second is that, you also want to network as you go through life; build a network--Social network, professional network; because you always need people.

Number 3, be kind to people because, it might even not be you who will benefit from it. It might be your child or your grandchild, or brother. It always feels good when my daughter tells me she met someone who told her, "Oh, you're father was so nice to me..." I think that's good.

Ebenezar: (Hahah) Yes, it is

Babatunde: Number 4, I usually tell people, even though you might not have my belief system, Worship God. Your destiny is in the hands of God, and nobody can change it. He's awesome. I say it many times; he has surprised me in my life. I come from a small town in Ogun State, Nigeria. My father was a school teacher and my mother had a business. We were not "rich". We were comfortable enough for me to go to school, and when I look back I ask myself, "There's nothing special about me?" "There's nothing special about my family" But, God is awesome. When God decides to do thing he does it, and when he does it he confirms all of us because, they are not things I can explain. Many things that have happened in my life cannot be explained.

Ebenezar: Thank you very much sir, it was truly an honour speaking with you.

This interview was first published on Write Paragraphs to promote World Population Day 2015.