In the depths of the Great Depression Franklin D. Roosevelt's famously declared, "The only thing we have to fear is fear itself--nameless, unreasoning, unjustified terror which paralyzes needed efforts to convert retreat into advance." Those inspiring words need revitalization as fear of terrorism and economic insecurity grip the nation. However, we would do well to remember that shamefully, our country went on to turn away a ship filled with Jews fleeing the Nazis and to intern Japanese US citizens as fear of communism and selected immigrants gripped the nation. Fear paves the way for demagoguery, bias, and crass self-interest to flourish. When that happens everyone but the purveyors of fear and their allies are the tragic losers.

The only antidotes to fear are reason and empathy. However, they are like some medicines. They are only effective in combination. Families, communities, and religious institutions all have a role in combating fear, but so do schools. These intellectual and emotional attributes can be taught and nurtured.

Developments in two areas-science and engineering education and in social and emotional learning- offer promise.

In 2012, the National Research Council published a seminal document, a Framework for K-12 Science Education, which articulated eight Science and Engineering Practices that cultivate reason. 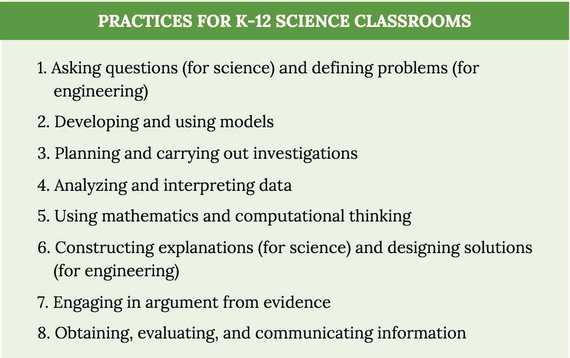 These practices serve several purposes in the Framework. First, they describe the ways in which scientists and engineers go about doing their work. Scientists develop, test, and continually refine explanations of how the natural world works. Engineers use the systematic practice of design to achieve solutions to particular human problems. Second, they describe the ways in which students need to engage to become well prepared for life, work, and citizenship, especially as decisions about the use of technology pervade every aspect of our lives.

However, the promise of engaging students in the science and engineering practices goes well beyond understanding the natural world or workforce development. They also describe systematic, evidence-based ways of designing solutions to the challenging problems that face humanity from terrorism to climate change to poverty. Even more important, they describe the thinking and reasoning that can combat dangerous fear-based political appeals and decision-making.

One is: Define questions or problems so that the answers or solutions are subject to systematic testing and verification. This premise stands in contrast to claims of some political or religious leaders who tell followers what to ask and what to do: "Trust me. Follow me. I am the authority." Such thinking deprives students- and subsequently citizens- of agency, which in turn leads to apathy and cynicism.

Another important idea is: Carefully consider one's own and competing models', biases, or ways of thinking before leaping to conclusions or solutions. It means thinking, "Maybe, what I (he, she) think(s) is true needs modification or is wrong." Significantly, the arbiter of good explanations and solutions in science and engineering is evidence. This principle means being open to change, revealing unexamined bias, and responding to others' counter arguments with evidence rather than insult or dismissal. These dispositions are sorely lacking in our political discourse and in what voters and the media demand of political candidates and policymakers.

However, reason and evidence are insufficient to combat fear. There are plenty of examples of destructive decisions that are the result of science and engineering untethered from humane values.

The other essential ingredient is empathy. Daniel Goleman writes about three kinds of empathy: cognitive empathy or the ability to recognize the perspective of others; emotional empathy: the ability to feel and identify with the emotions of others; and, compassionate empathy: this is when understanding and feeling translate into actually helping others. Recognizing and managing one's own emotions is another essential ingredient of empathy. Leaders who understand and manipulate the emotions of others, but fail at either empathy or compassion are all too common. So, is selective empathy.

Teaching these abilities is the goal of what has become known as social and emotional learning.

The Collaborative for Academic, Social and Emotional Learning identifies five "competencies" that can be taught in school. 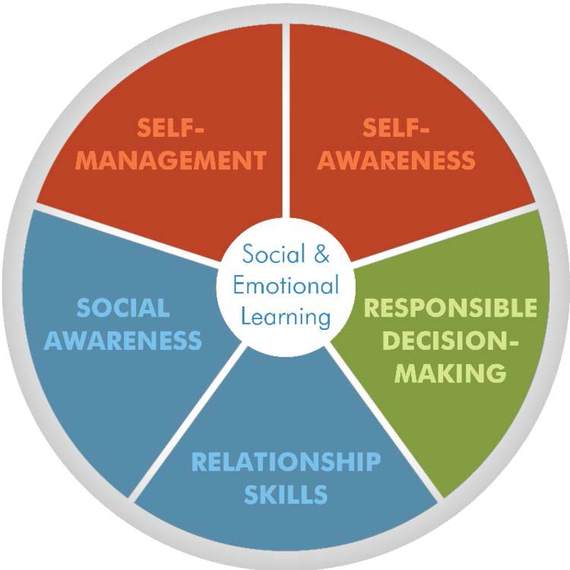 When students have intentionally designed opportunities to practice these competencies, they develop all three kinds of empathy. Not only do they learn to get along with one another because their social and emotional needs are satisfied, they are better prepared to attend to academic learning.

There is one addition to what we might call the anti-fear combination treatment: interaction across difference. Selective empathy and non-reason thrive when people are isolated. That is why welcoming integrated schools, workplaces and communities are so essential. We get smarter in the presence of diversity that includes equity and respect. We make better decisions when we consider multiple perspectives.

I am unsure of what to do with the adults who cheer when they hear hate speech. However, I am sure the teaching reason and empathy in integrated schools can lessen the potential for raising yet another general of hateful adults.

Arthur H. Camins is the director of the Center for Innovation in Engineering and Science Education at the Stevens Institute of Technology in Hoboken, N.J. He has taught and been an administrator in New York City, Massachusetts and Louisville, Kentucky. The ideas expressed in this article are his alone and do not represent Stevens Institute. He tweets at @arthurcamins. His education policy writing in collected at http://www.arthurcamins.com