Summer is the season for visitors. You known -- all those people who you've been putting off for months as you struggle with the ebb and flow of clutter and general daily chaos? If you're inviting guests over, you're already consumed with the frenzied cleaning spree that happens (without fail) 24 hours before they arrive. If you're the visitor, however, there comes the awkward question: Am I supposed to bring a gift?

The short answer: Yes. Unless you've been called over for pizza and shame-watching terrible reality television, the polite thing to do is bring a small gift for your host going through the trouble of, well, hosting you. I hear the indignant keystrokes right now, echoing through the internet: Everyone always wants something! Why is everything a gift-giving occasion?!"

To that I say: Calm down, and consider these good reasons to bring a housewarming gift. (And in this case, "housewarming gift" encompasses what is known as a "hostess gift," because we live in an age where anyone can be a party host.)

A gift acknowledges the considerable time and effort your host has expended just to have you over in the first place. 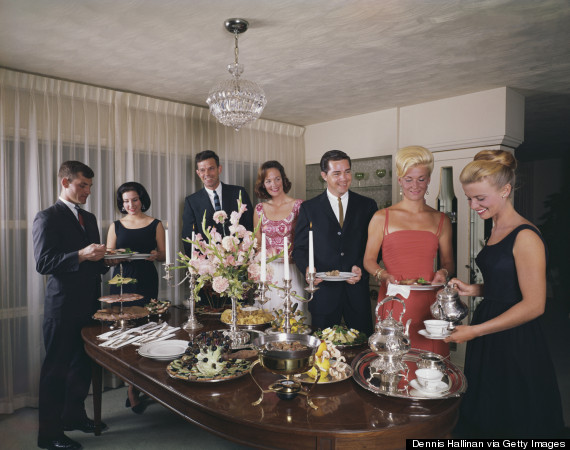 Depending on the situation, they're playing the role of chef, activities coordinator, bartender, server, clean-up crew and maybe innkeeper. It's exhausting. In exchange for enjoying their hospitality, a tiny token of appreciation is really the least you can do. (And you are, of course, sending them a thank-you note.)

It minimizes the awkwardness of spending the night at a friend's house.
Unless you're on BFF terms (in which case, you're 12), it always feels odd to spend the night in someone else's home. A fine bottle of wine doesn't magically negate this feeling, but it does make you feel less of a bother and more on the same footing as your host.

How else would you take your candle collection from "hoarder" to "normal"?
We're not saying regifting is OK, but we are acknowledging that some people just have a tendency to stock up a bit too liberally on pretty little things that often don't even get used. Throw the (STILL IN ITS PACKAGE, NEVER USED, NOT DUSTY) candle in a basket with a few other (NEW) trinkets. This excuse is for the laziest among us. 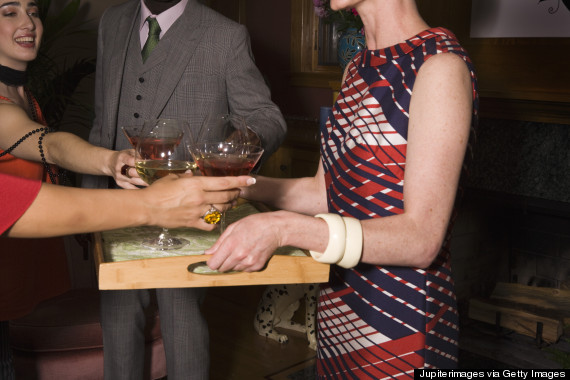 If there's anything you've ever wanted to sample, but felt ridiculous buying -- say, hibiscus-scented booze -- now's your time. You are being generous. Your host will likely serve up whatever you buy. This excuse is for the most selfish among us.

By being polite, you are preserving hope in humanity.
Of course, everyone thinks their generation is ruder than the next. However, is there a historical precedent of having a conversation with someone who never looks up from their phone? Was this happening with people and telegraphs? Or, were people lugging their Victrolas everywhere and loudly blasting ragtime? While rudeness has always existed, the sheer opportunity for rudeness has increased significantly. I firmly believe that doing something nice for someone else helps that person from descending into Andy Rooney territory the next time they encounter an annoying situation.

Need proof that you can be thoughtful? Here is a selection of housewarming gifts to choose from, ranging from under $25 to under $50, which should cover everything from patio parties to weekend stays.