Now that summer is in full swing, our worst outdoor enemy is back with a vengeance. That’s right, mosquitoes. They swarm your barbecues and evening porch-sitting, invade your home, whine incessantly in your ears, steal your blood and leave behind and itchy reminder of their deed. Most of us know mosquitoes are a nuisance, but hating them for that just isn't enough. They are also the deadliest animal in the world and they truly deserve to feel the full wrath of the human race. Here are some reasons why:

1. By one estimate, mosquitoes kill more of us than even we do.

The Bill and Melinda Gates Foundation has made the fight against malaria, and mosquitoes, a primary goal. Bill Gates recently wrote on the foundation's blog during its "Mosquito Week" -- an effort to raise awareness that sounds a bit like a plague -- that “when it comes to killing humans, no other animal even comes close.” Including other humans. There has been some controversy surrounding the infographic, as it counts deaths caused by diseases transmitted from every animal on the list except humans, and doing so would definitely make us the most deadly threat to ourselves. But even second-deadliest is pretty bad.

In the U.S., which typically has low rates of mosquito-spread illness, a disease called chikungunya virus is now proliferating across parts of the country. In the past, all cases of chikungunya originated from travel outside the U.S., but now at least two Floridians have contracted the virus locally. Though it is rarely fatal, the disease can be extremely painful.

2. They're hurting our personal health AND our economies.

Mosquito samples are labeled to be tested for the West Nile virus.

Disease-carrying mosquitoes can have serious implications for the economy, as well as mankind. While difficult to calculate precisely, researchers have estimated that productivity loss caused by malaria amounts to some $12 billion in Africa alone. Here in the U.S., Americans suffering from West Nile virus have cost the nation nearly $800 million in hospital costs and lost productivity from 1999 to 2012, according to the CDC.

Some of the 3,000 types of mosquitoes can grow to absolutely monstrous proportions. And all they need to breed is a bit of standing water, like a shallow puddle in your backyard, the gutters lining your house or anything else you can't do a whole lot about except stay inside.

One species common in Florida, known as the Gallinipper, can grow to the size of a quarter and may be more aggressive than a typical mosquito. One researcher interviewed by Fox 35 Orlando said getting bitten by a gallinipper “feels like you’re being stabbed.” Luckily, these particular mosquitoes are not known to spread any viruses harmful to people.

4. It's really easy for them to evade our assassination attempts.

Mosquitoes have got eyeballs that let them see from almost every angle. So when they sense motion -- like your deadly hand getting ready to close in -- they're on it, sending a signal from itty bitty brain to wing muscles that results in a much quicker reaction than any human, simply because we're bigger. Finally, they can fly pretty fast relative to their size, and it doesn't take much to move out of the way of a big, slow human hand. Just a centimeter or two can make all the difference. Pair that with their quick reaction skills and you've got a bug that's nearly impossible to sneak up on for the kill.

5. Mosquitoes are capable of killing caribou by exsanguination.

As if mosquitoes weren’t already deadly enough, a brave researcher exposed his arm to a swarm of mosquitoes on the Alaskan tundra to calculate that it would take 500,000 mosquitoes three hours to kill an unprotected person by removing enough blood. Don’t believe him? According to the National Snow and Ice Data Center, which studies all things arctic, swarms of tundra mosquitoes have been known to kill baby caribou and even full-grown caribou adults by sucking them dry. *Cringe.*

6. They're not equal opportunists. (Especially if you like beer.)

Mosquitoes don’t target everyone equally. There are a number of things that can influence how attracted mosquitoes are to you, including genetics. But a number of particularly unfair mosquito attractants include being pregnant, working out, having type O blood or even drinking beer.

7. They'll typically suck on a human snack for four minutes.

Mosquitoes can actually bend that needle-like snout -- called a proboscis -- to hunt around for a blood vessel under your skin. If you’re brave, check out this video of a mosquito finding a blood vessel under a microscope. Researchers found that, on average, mosquitoes drink blood for four minutes before flying off.

8. Their teeny bodies are much stronger than we'd like them to be.

If you've ever tried swatting at a mosquito only to move your hand away and find it still sitting -- alive -- where it shouldn't be, take heart. You might not be the biggest weakling by the campfire. Apparently mosquitoes' exoskeletons are more resilient than we thought, which is why they manage to fly through rainstorms when they should, in our humble opinion, be washed into the gutter and drowned.

In one experiment, mosquitoes were able to sustain 3,000 to 4,000 dynes (a unit measuring the force needed to move a mass of one gram one centimeter per second, every second) of force and stay in the air. A raindrop exerts 200 to 600 dynes, and is also 50 times heavier than a mosquito -- which is sort of like a person getting hit by a bus and continuing to cross the street.

9. Our baddest insecticides are sometimes no match for the mosquito...

Even though we try our hardest to knock down mosquito populations, the disease-carrying buggers can become resistant to insecticides, making it even more difficult to kill them. Researchers say pyrethroids, one of the cheapest, safest and most effective class of insecticides used to combat malaria in Africa, are rapidly losing their edge.

That includes putting DEET, which some researchers say is a neurotoxin, on our skin. DEET can cause a range of irritations and symptoms ranging from skin rashes to nausea, vomiting and seizures, mostly from repeat exposure. DDT, though banned in the U.S., is still used to kill mosquitoes in developing countries battling malaria. DDT and its breakdown product can cause cancer, liver damage and developmental delays as well as affect the nervous system and reproductive systems.

How would we fare without these bloodsucking nuisances? Of course, the eradication of a species from the ecosystem would have its consequences but, according to Nature, it probably wouldn't be so bad.

Certain species of fish, spider, lizard and frog would lose a primary food source, but some researchers believe other insects might simply take mosquitoes' place as prey. Considering the global health implications, "The elimination of Anopheles," medical entymologist Carlos Brisola Marcondes said of the mosquito genus, "would be very significant for mankind."

Accurate representation of a typical mosquito. All photos via Getty unless otherwise noted.

Clarification: This article has been updated to reflect the controversy surrounding The Gates Foundation infographic claiming mosquitoes to be the world's deadliest animal. 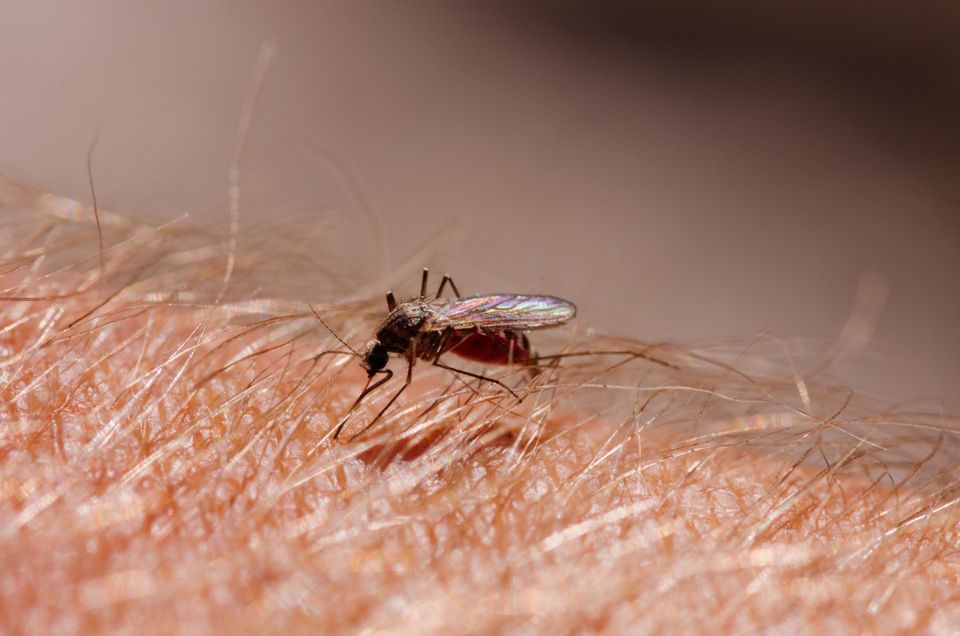 1 / 18
When The Bugs Bite
For immediate relief, try an antihistamine cream or stick to help the itch and swelling. Don’t have any in stock? Hit the kitchen, and hold a refrigerated, dampened green tea bag on the bite, recommends Everyday Health skin and beauty expert Jessica Wu, MD, a dermatologist in Los Angeles and author of Feed Your Face. The cold helps <a href="http://www.everydayhealth.com/skin-and-beauty/why-does-my-skin-itch.aspx" target="_blank">soothe the itch</a> and compounds in the tea help with inflammation.” Another option: Take a soak in a soothing oatmeal bath.
Alamy