You're eating well (or so you think), so why you are you still fantasizing about food?

1. The small print on your bottles.

What makes you hungry: A side effect of certain drugs -- hormonal birth control, tricyclic antidepressants, corticosteroids and some allergy medication -- is a cranked-up appetite; one that can make your willpower, well, powerless. For most of us, this isn't a huge issue, but an estimated 5 to 10 percent of people who are overweight got that way because of their meds, says Louis Aronne, MD, director the weight management center at Weill Cornell Medical College. And as this woman shows, that bait and switch (So long, depression! Hello, weight-related anxiety!) can bring unexpected complications.

What to do: Sometimes a different drug can be just as effective -- and the side effects may even work in your favor (for example, Aronne says that some types of diabetes drugs have helped patients drop unwanted pounds). Ask your doctor to review your options.

2. The veggies in your cupboard?

What makes you hungry: Vegetables are a weight-conscious person's best friend...unless they come from a can or package containing the chemical bisphenol-A (BPA), which some scientists consider an obesogen -- a newly categorized class of industrial compounds that may alter metabolic processes and predispose some people to gain weight. The exact mechanism of why BPA may make us fatter is still up for debate, but one theory is that because BPA can be treated by the body as a hormone, it can interfere with natural chemicals (like leptin) that regulate hunger and satiety.

What to do: If fresh vegetables aren't easily available (or aren't easy, period), use the frozen variety in BPA-free packaging.

3. The snowdrifts outside your door.

What makes you hungry: A hearty cassoulet sounds so much more appealing in the winter than a salad. Scientists go back and forth about why. Ira Ockene, MD, a professor of medicine at the University of Massachusetts Medical School, has said that our appetites are spurred by a primitive impulse to stockpile calories -- as much as 86 extra per day, according to his research -- for the cold days ahead (call it the chipmunk theory). Others say it's because we require more energy -- i.e., calories -- to maintain our body temperature of 98.6 degrees. Or it could just be that when your body temp drops, you crave the sugary, starchy foods that act like kindling to fuel your internal furnace.

What to do: Layer up before sitting down to a meal, especially at a restaurant (many keep the temps cool so you order a more robust entree...as well as an appetizer).

4. The habit that saves you time.

What makes you hungry: Eating at your desk may seem efficient, but research published in the American Journal of Clinical Nutrition shows that when participants were parked in front of a computerized card-sorting game with snacks for a 30-minute period, they ate twice as much as those who weren't at a computer. They also remembered less about what they ate, so they were more likely to snack excessively as the day wore on.

What to do: Because formatting spreadsheets can be as much of a distraction from your lunch as computer solitaire, try to take at least 10 or 15 minutes away from work in order to focus on your food.

5. The drink in your lunch bag.

What makes you hungry: Can high-fructose beverages be hypnotizing us into craving sweets? Robert H. Lustig, MD, an obesity expert and anti-sugar crusader, has done experiments to show that the insulin release from excess sugar consumption blocks hormone signals that tell us we’re full. So…we think we still need food, especially the sweet stuff. More recently, Yale University researchers used MRI scans to show that when adults drank high-fructose beverages, there was reduced activity in the areas of their brain associated with satiety. Like Lustig, the Yale researchers concluded that fructose might be more likely to stimulate rather than curb appetite.

What to do: With meals, drink seltzer with lime, and if you're craving dessert, go for it (it's less caloric and more satisfying than drinking soda and then eating dessert).

6. The cravings that discriminate by gender.

What makes you hungry: Not to sound like a Cathy cartoon, but studies do suggest that women tend to eat around 100 to 200 calories more than usual (ACK!!!) in the days just before their period, usually in the form of high-carbohydrate sweets. This is probably due to the surge in progesterone that occurs during the luteal phase, and the cravings are felt most intensely by women who are prone to other symptoms of PMS (cramps, bloating, extreme mood swings, etc.).

What to do: Relax, and stop cursing your hormones. As researchers from Weight Watchers point out, this increase in appetite appears to be offset by a small rise in metabolism (around 5 to 10 percent) that occurs during the same time period. So if you keep up your regular exercise plan (which has also been shown to help with cramps), you shouldn't notice any real changes on the scale.

7. The all-nighter you pulled for work.

What makes you hungry: Studies of people around the world have shown a connection between sleeping less than six hours a night and a higher body mass index. It makes sense that the longer you're awake, the more time you have to snack, but the weight gain could also be due to the way sleep deprivation affects your hormone levels. In one study from 2004, when people slept just four hours, they had lower levels of the satiety hormone, leptin; higher levels of the hunger hormone, ghrelin; and reported being 24 percent more hungry -- especially for sweets, salty snacks and starchy foods (i.e., the entire contents of the vending machine).

What to do: Weight-loss experts have been careful to point out that sleeping more won't necessarily make you shed pounds, but it may make you feel less ravenous and will also help you stay in control around junk food.

Own OWN Eating Well

7 Secret Reasons You're Still Hungry
Diet Advice You Can Ignore 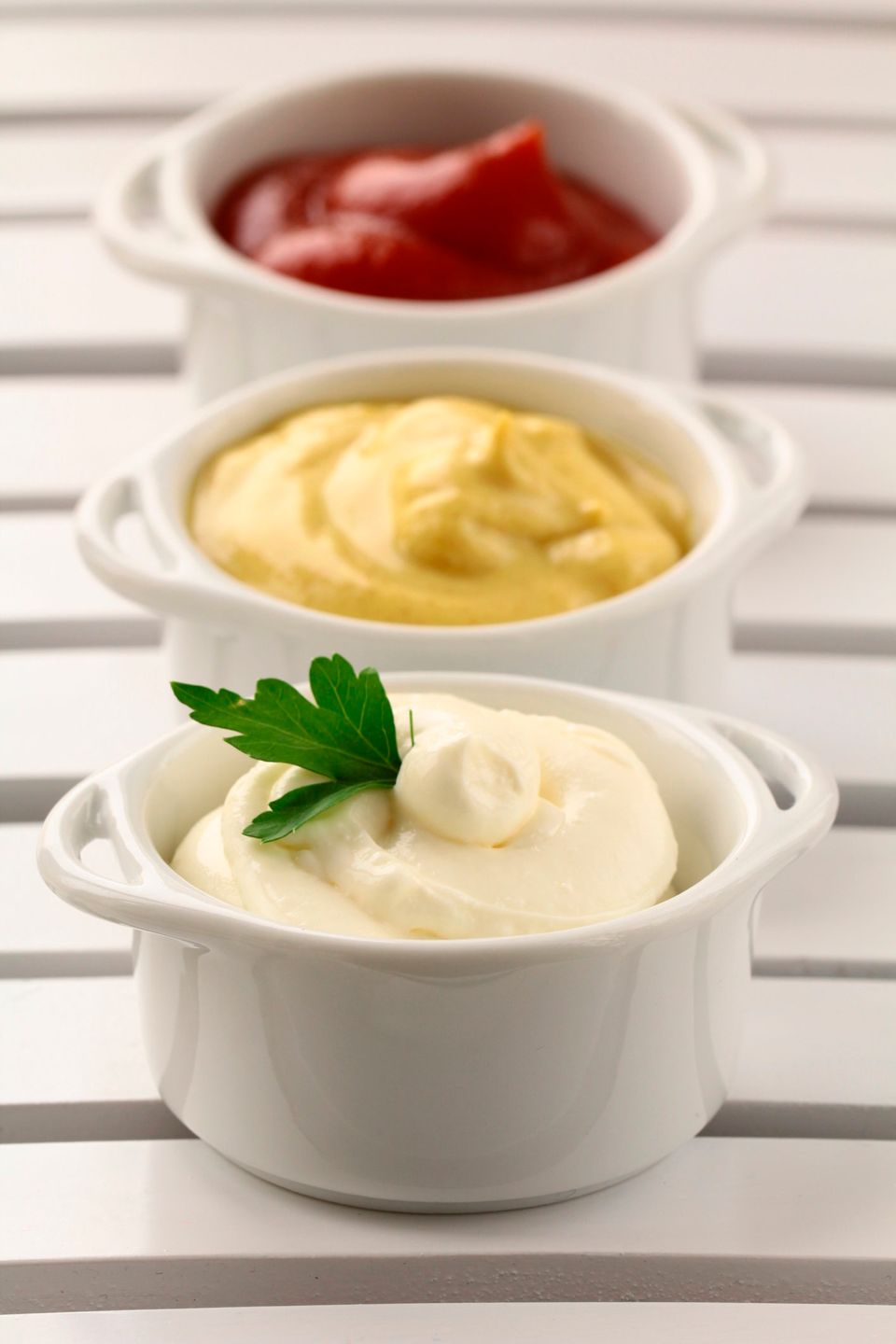 1 / 6
Small Tweaks Are Just As Effective As Big Changes
You've switched from mayo to mustard, and you're cutting back on Coke -- yet these aren't foods that you eat every day. That could be why these occasional sacrifices aren't changing the numbers on the scale. <b>A better way to think about it:</b> "You'll see more impressive results by focusing on changes that are part of a regular routine," says registered dietician <a href="http://www.nutritiouslife.com/" target="_blank">Keri Glassman</a>, the author of <em><a href="http://www.amazon.com/The-New-You-Improved-Diet/dp/1609611195/ref=sr_1_1?ie=UTF8&keywords=the+new+you+and+improved+diet+keri+glassman&qid=1346772702&sr=8-1&tag=thehuffingtop-20" target="_blank">The New You (and Improved!) Diet</a>.</em> "Consistency is key." For example, if you drink an 8-ounce glass of soda every afternoon, switching to sparkling water could save 700 calories a week. But if you only drink soda at the movies, say, once a month, try to find a smarter substitution (the bagels you pick up on your way into the office, perhaps) with a bigger payoff.
Thinkstock