There is a very complex relationship between a woman and her hair. The protein filaments that sprout from our scalps somehow become emblematic of a woman's identity, as if vital secrets were wrapped in every strand. We spend valuable time and money primping our coiffures as if they had the uncanny ability to transmit messages to strangers. And yet hairs on legs, tummies, pits and toes are often deemed grotesque and removed immediately.

Why is there such a strange code of conduct around a lady's mane? That's exactly what photographer Rebecca Drolen chose to explore in her surreal black-and-white series aptly dubbed "Hair Parts." 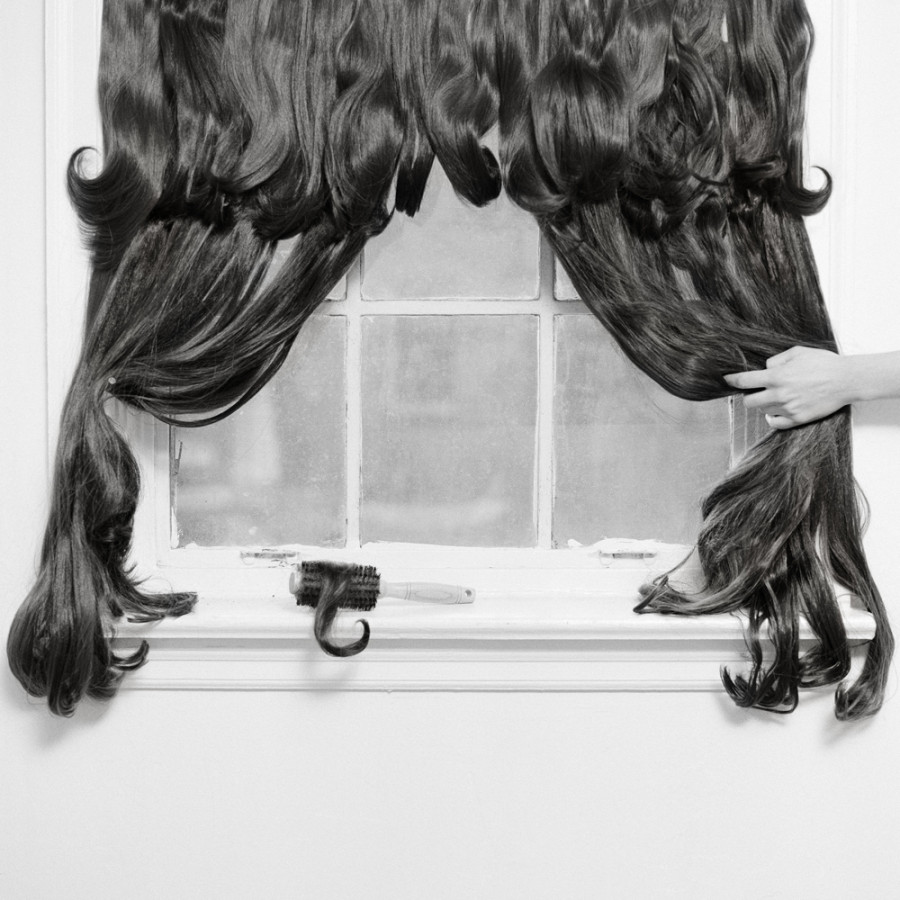 "For many years, I have been a person who is recognizable by my long and somewhat wild hair," Drolen explained to The Huffington Post. "My series, 'Hair Pieces,' began with some self-reflection and essentially laughing at myself as I wondered why or how I wrap up so much of my sense of identity in my looks, specifically my hair."

"The first image was made when I found a braided ponytail that I had cut off years earlier with intention of donating. For whatever reason, I thought…I can use this! I fashioned the braid into a necktie, put on a short wig, and made the first image of the series, 'Hair Tie.' The image is one part liberating and two parts manic. I loved the notion of telling an ambiguous story with only the figure and their interaction with hair as the contents of the frame." 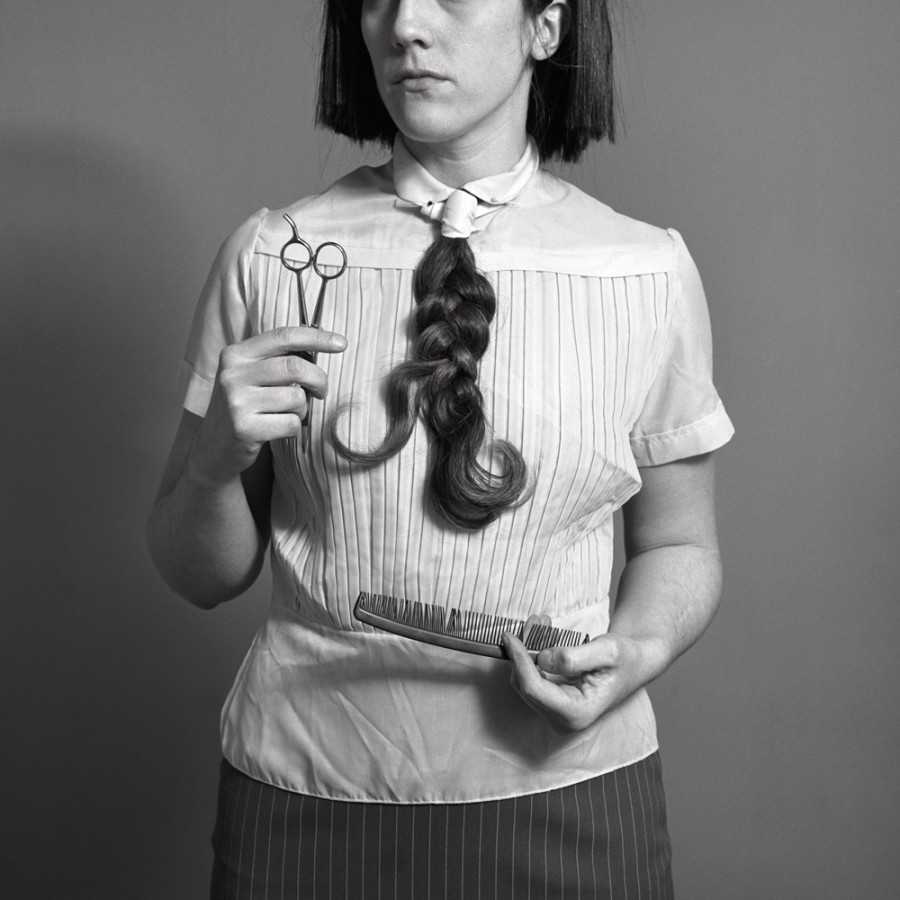 Drolen's photos provide an otherworldly glimpse at the peculiar role hair plays in our daily lives. Some photos examine what hair is acceptable (eyelashes), desirable (ponytail) and deplorable (armpits). Some resemble wonky fashion editorials while others feel like Cousin Itt's head shots. The minimalist images capture the paradoxical nature of these peculiar fibers -- at once attractive and repulsive, part of our bodies and yet not.

"I entered making this work with a sense of fascination that hair is both beautiful and repulsive in our culture. The fragile influence of context is its only distinction. We see long hair on a woman as a symbol of beauty and femininity, but as soon as the hair is cut or removed the body, we think of it as unsanitary and strange. Likewise, we seem to never have enough hair in the places we want it, and too much hair in the places that we don’t want it to be!"

The dreamlike images -- at once playful and critical -- capture the strange and contradictory roles hair plays in our lives. Think about them next time you whip out your razor.