Rebecca Kukla is four-foot-eleven, 103 pounds, 44 years old and itching for a fight. Problem is, she can't find anyone who is small enough, and old enough, to go up against.

"I am a 'strawweight' or a 'minimumweight' which is an almost unpopulated weight class," says Kukla, who, in addition to being a frustrated boxer, is a philosophy professor at Georgetown University specializing in medical ethics.

Her age puts her in the masters division, which makes the pool even smaller, since "older people tend to be heavier. So basically there is literally no one the right size to fight me," she says.

Kukla took up boxing a little over a year ago, after a friend of hers stumbled on an old-school gym in downtown Washington, D.C., and suggested they give it a shot. She soon found herself training three to four times per week, "completely in love" with the traditions, the people, the physicality, the whole experience of real tussling in a completely sanctioned manner.

"It gave me this completely and totally different community than I would ever get through my academic life," she says. "I realized that boxing was the best possible thing for my temperament. It gets out all my aggression in a healthy, disciplined, intense, fun, controlled way. It's better for me than any therapy could be. So anyhow, now it has been a year-plus, and I have started sparring and am getting almost good enough to fight for real." 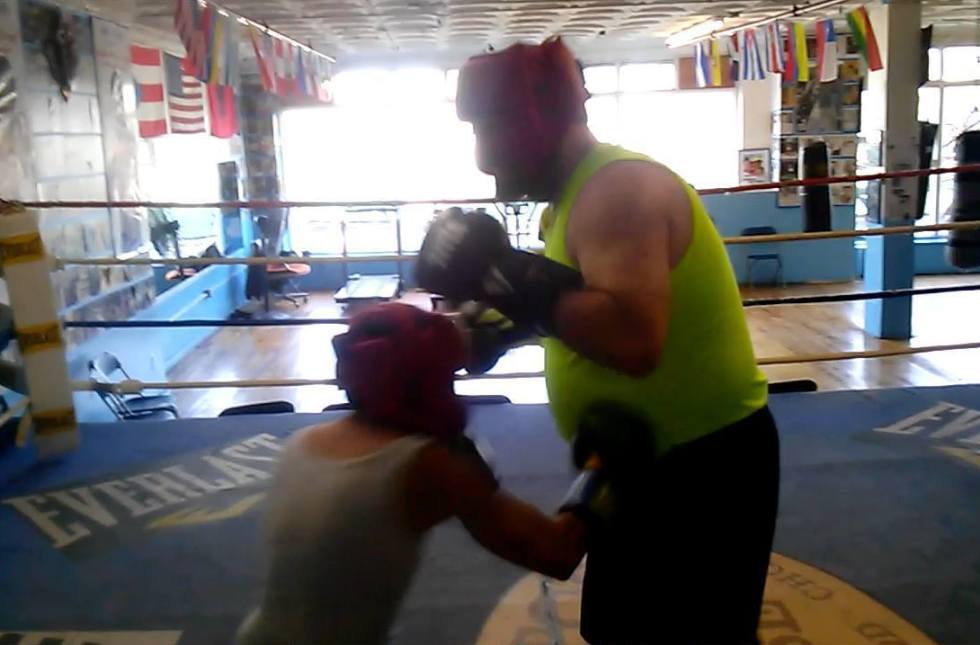 Except who? There are some possibilities in Asia, but closer to home, Kukla's found zilch.

"I have combed through the amateur register and check every fight roster," she says, with no punchable prospects emerging. And so lately, Kukla's been knocking around with much taller, much bigger, largely younger opponents, which "is absurd. I look like a little kid flailing at the air."

Plus she really wants the experience "of really trying to hurt and having someone really trying to hurt, under the pressure of having an audience, too. But separately," she says, "I just want to see what it feels like to box with someone the right size for once. I feel like it would be a whole different physical experience."

Kukla will not consider the possibility of simply putting on weight, to increase her odds of finding a suitable match -- she's a competitive weightlifter, and "I want to keep competing in powerlifting in the 105-and-under class, as it makes me that much more badass," she says. Plus, boxing-wise, even if she were to beef up a bit, there still aren't a lot of options.

She's toyed with looking for the boxer of her dreams on OKCupid, or maybe chasing down especially petite women on the streets of Washington. (Disclosure: Kukla has also asked certain short D.C.-based HuffPost editors to go at it, as well.)

Nothing's quite worked out so far. But there's one lead. One 104-pound, five-foot-one-inch lead, who recently came on the scene, and is in distinct danger of not sticking around for very long.

"The huge news is there's a new woman at my boxing gym," Kukla says. "Honestly I think I scared her away with how excited I got. I can see that showing up at a new gym and having someone hopping up and down shouting enthusiastically about how excited they are to fight you might be intimidating."