President Obama made a spectacular miscalculation on the trade vote.

Sen. Ed Markey (D-Mass.) tells the story that when he first served in Congress, House Speaker Thomas P. "Tip'' O'Neill, his Massachusetts colleague, urged Markey to vote for a energy bill that was unpopular in New England but important to President Jimmy Carter. 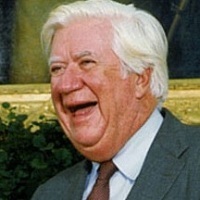 The Speaker put his arm around Rep. Markey's shoulder and said, "Eddie m'boy, I need your vote.'' Markey replied that he didn't think he could support the measure.

The Speaker racheted up the pressure. "You have to understand, I really need your vote.''

"Mr. Speaker,'' Markey replied. "If you were right on this, you would have my vote. I just don't think you're right.''

The Speaker pressed on. "Eddie m'boy, if I were right, I wouldn't need your vote.''

More than three quarters of House Democrats on Friday sent a message to President Obama: "We know you need our votes, but we think you're just plain wrong on this.'' It all crumbled for Obama the moment Democratic Leader Nancy Pelosi abandoned him. "If TAA [Trade Adjustment Assistance] slows down the fast track, I'm prepared to vote against TAA,'' Pelosi said, leading Democrats to cast a solid "No'' vote, 144 to 40.

The nation's growing disparity of wealth has made inequality a huge issue. Jared Bernstein of the Center on Budget and Policy Priorities observed, "Members from districts where there's nervousness, not just about trade deals, but about the impact of globalization on jobs and wages had a hard time saying yes.''

A lot of economists and businesspeople don't get the fact that trade is not just an economic issue. For most people, it's a moral issue. They understand that the country would probably benefit from free trade. They themselves would benefit from lower prices.

But Americans are resolutely opposed to any policy that would throw Americans out of work. I have seen focus group discussions where people acknowledge that, as a result of free trade, they would be able to buy cheaper shoes or cars. But they are still troubled by the prospect of losing American jobs. "It would just be wrong,'' they say. 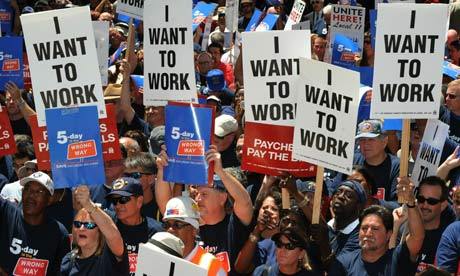 President Obama acknowledges that many lower-skilled workers will lose their jobs if they are forced to compete in a global marketplace. That's why trade adjustment assistance is needed. But Democrats are horrified by a policy that, whatever the benefits, would end up creating greater inequality.

Members of Congress are independent political entrepreneurs. They're in business for themselves. A lame duck President can no longer do them much good. They have to run again, he doesn't. Moreover, congressional Democrats have bitter memories of what happened to them in 2010 and 2014 -- the "Nobama'' midterms.

The President's often disdainful treatment of Congress did not help. When Obama spoke to an emergency meeting of the House Democratic caucus, he accused them of cynicism. They were willing to cut off trade adjustment benefits in order to kill the trade deal. They were not "playing it straight.''

"Basically, the President tried to both guilt trip people and then impugn their integrity,'' Rep. Peter De Fazio (D-Ore.) said. "There were a number of us who were insulted by this approach.''

The other big loser in the TAA vote is Hillary Clinton. She wimped out by refusing to take a position on the issue. New York Mayor Bill de Blasio, who managed Clinton's 2000 Senate campaign, called it "a missed opportunity.'' Others were not so generous. New Hampshire liberal activist and radio host Arnie Arnesen argued, "If you're running only to be safe, then how can you lead? How can you lead? I don't see leadership. I see fear.''

Maybe Clinton was afraid of offending African-Americans by splitting with President Obama. The irony is, most members of the Congressional Black Caucus ended up splitting with the President.