Today marks my sixth rebirthday. In 2006, I was baptized and became a Christian in Honolulu, Hawaii. One week later, I would be told that my actions, as an active duty soldier facing a second deployment to Iraq, aided the enemies of America and brought discredit to the non-commissioned officer corps of the United States Army. I begged to differ.

At the time, I had served for over five years and had spent over a year in combat in 2004 as an artillery forward observer. After coming home from war, my conscience matured and my faith began to crystallize. I came to discern that to be a Christian meant that I could not be directly responsible for killing the enemies Jesus called me to love. To be a soldier, however, meant that I was "an infantryman first." Where did God begin and country end? It is a question I still wrestle with, that Fourth of July and every one since.

Years later, trying to figure out what it was that transformed my life and worldview, I still don't have a clear cut answer. It wasn't the sloganeering or the yellow ribbons I saw; it wasn't the rallies or parades I watched; it wasn't the inspiring speeches and books I read. Mine was not a conversion of politics or "beliefs," it was, simply, God. God came into my life because I allowed it to happen. I had no choice but to respond to the call of discipleship; to pick up my cross, I had to put down my rifle.

But that call was not to turn my back on those I respected, to part company with the men and women I served alongside. To this day, I still have incredible respect for service members. In fact, I asked explicitly to return to combat with them, albeit without a firearm. I found, like innumerable soldier saints before me, that as a Christian, "it is impermissible for me to fight." My commander felt that embracing my enemies, instead of eviscerating them, was tantamount to sedition. I still feel differently.

By all accounts, I should have been devastated; I had carefully groomed my reputation as a noncommissioned officer and an expert at military fire support. Why had my identity not crumbled amidst all the criticism? The only answer I can give is that quite literally I had been assigned a new Commander, a new framework within which to excel. As a Christian, my new pursuits would be love, joy, peace, kindness, humility and patience.

Some traits I had already learned from my military formation: goodness, forbearance, courage and self-control. I could not deny that the military cultivated in me in these fruits; to throw the baby out with the bathwater would be foolishness. Though the military can be a place of vice, it certainly trains in the virtues in a way the Church sometimes lacks.

To be reborn on the fourth of July is not just a curious anecdote, it is a model for faith. The national holiday calls Christians to ask, with other Americans; "Who are our founding fathers?" We cannot deny that we share in the heritage of Hancock, Jefferson, Madison and Franklin. But we also must not deny that our founders include apostles like Matthew, Mark, Luke, John and Paul. How does our citizenship compliment our faith, and how might they at times contradict one another? Who indeed are our founding fathers (and mothers)?

I was able to leave my commanders office with a smile on my face instead of a weight on my shoulders because I had found a new band of brothers (and sisters) to call ultimately my own. I still share with my uniformed brothers and sisters the formidable heritage we all celebrate today, but also a unique kind of burden.

Today, like every other day, 18 veterans like myself will end their own life. According to a recent Pentagon study, at least one actively serving military personnel will do the same. In 2009 and 2010, well before any drawdown in troop-strength, there were more soldier suicides than there were combat fatalities in the entire Global War on Terrorism those years. More soldiers are falling upon their own swords than are falling to the sword. This is not a trend, it is an epidemic. Silence is not an option, it is a betrayal.

When America stands gazing upon it's soldiers and veterans in parades and ceremonies today, some will look with adoration and see heroes, and they might be right, as heroism certainly occurs in war. Others may look with scorn and see monsters, and they too might be right, as atrocities certainly occur in war. Those who look at our nation's service members and see fellow human beings, capable of good and evil just like everyone else, they will certainly be right.

If our founding fathers include Thomas Jefferson as well as St. John, St. Matthew as well as James Madison, then we might celebrate with the rest of the country today, but we will also mourn. Two hundred thirty-six years doesn't change the stark reality of war. As Christians, as Americans (reluctant or enthusiastic), we must not look past the human beings that, for the longest war in our nation's history, have been both venerated and villainized. We must see in them our neighbor, who we are called to love as we do ourselves, as we do God. Love requires attention. Love requires a response. What will yours be?

PHOTO GALLERY
Reborn on the 4th of July 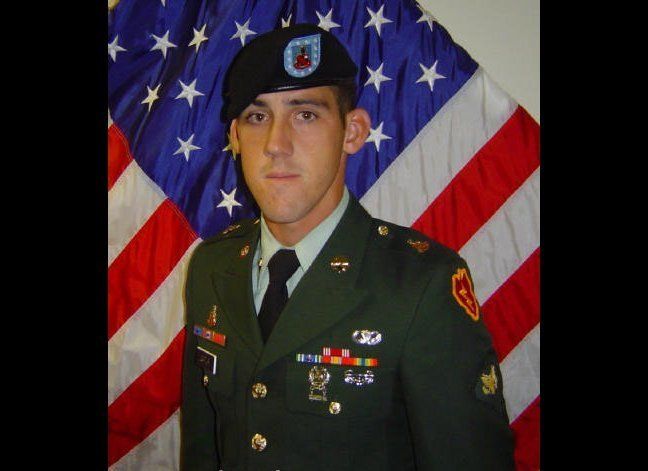