As negotiators in Doha move toward a new global climate agreement this week, politicians and planners in the United States are still busy absorbing the lessons of Hurricane Sandy.

With half of all Americans living near the ocean, Hurricane Sandy provides a wake-up call for state and municipal authorities in coastal areas nationwide. New York's Governor Andrew Cuomo is leading the way, pledging a new generation of storm-resistant infrastructure and forming three commissions to explore how the state can better prepare for climate change's coming impacts. 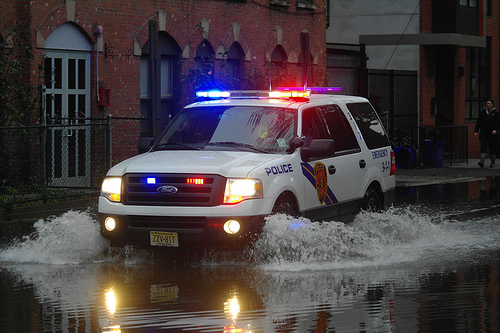 Sandy wrought a 1,000-mile trail of damage in towns and cities along the East Coast shoreline. As climate change intensifies, more severe storms (and storm surges), rising seas, extreme heat, and other destructive impacts loom on the horizon. How can New York City, Newark, N.J., and other cities hit by Sandy rebuild in ways that avoid a repeat of the devastation that deprived millions of the basic essentials of modern life? How can other coastal cities adapt to become more resilient to a warming climate?

Put simply, they need to "build back better," a phrase first coined by President Clinton following the 2004 Asian tsunami. In practice, this means coupling short-term efforts to get communities back on their feet with longer-term urban development that adapts to expected climate change impacts.

As they seek to make our coastal cities and towns more climate resilient, urban leaders should adopt three key approaches that we believe will be critical to success:

1) Build Green as Well as Gray

As we saw from Hurricane Sandy and other destructive, recent storms, cities from New York to Miami to Houston need to develop infrastructure that reduces the vulnerability of homes, commerce, and services.

This does not mean walling-in every coastal community with huge barriers or dikes. Where cities meet shorelines, "green infrastructure" can often meet the same need. For example, Maryland's state government is buying up wetlands and marshes to provide buffers against future storm surge. And in New Jersey, the restoration of South Cape May Meadows provided a natural seafront barrier that helped the area fare much better than others when Sandy hit.

Within cities, forward-looking municipal authorities are experimenting with climate-resilient infrastructure, such as heat-resistant, permeable pavements in Chicago and water-collecting rain gardens in Philadelphia that slow storm-related runoff. In Los Angeles, incentives for homeowners to install rooftop solar power enable the city to spread risk and reduce energy disruption when power outages strike.

The toll on the U.S. economy from climate change and extreme weather events is mounting. The insurer Munich Re estimated that over the past 30 years, weather-related catastrophes cost more than $1 trillion in North America alone, an average of more than $34 billion per year. Insured losses increased from $9 billion in the 1980s to $36 billion in the 2000s. Hurricane Sandy's economic costs are on track to exceed $70 billion in New York and New Jersey alone.

Clearly, there are large, near-term costs to making U.S. cities more resilient. But the future pay-off is likewise significant, enabling our economy and society to weather the storm as climate change impacts unfold in the years to come. Choosing green over gray infrastructure is one way to help slash the bill.

When it comes to reducing destructive stormwater runoff, for example, WRI analysis found that maintaining wetlands to soak up sea surges cost $0.47 per thousand gallons compared with $3.24 for conventional controls like storm drains. New York City already employs green infrastructure to control stormwater runoff, an investment that will save $1.5 billion over 20 years, and North Carolina has gone the same route.

3) Plan Smartly, and with Public Support

If cities are to adapt smartly and cost-effectively to global warming, municipal and state authorities must embed climate considerations into planning. This will require both new engineering approaches to rebuilding, and new processes for making fundamental decisions about the future of our cities.

Practical examples of new planning approaches already exist. The Thames Barrier, for example, protects London from storm and tide surges. But this may not always be the case, depending on how fast and high the sea rises. So the designers included options to raise the barrier or build a new one and crafted a "decision map" to guide future Londoners in matching unfolding climate impacts with appropriate actions.

A high degree of public engagement and buy-in will also be essential given the tough choices cities will need to make. The views and values of citizens whose lives will be most affected must count as authorities ponder questions such as: Should multi-billion dollar barriers be erected to protect city borders? Should new development be forbidden along vulnerable areas of shoreline? Politicians and planners cannot make such momentous decisions alone.

As Sandy vividly revealed, America's densely populated northeast hub -- including the country's financial and political capitals -- is highly vulnerable to climate impacts. New York and Newark, N.J., according to the Organization for Economic Co-operation and Development, rank among the 20 world cities most susceptible to rising sea levels.

Governor Cuomo and Mayor Michael Bloomberg, among others, have indicated that rebuilding efforts must take account of the new climate context. As thousands of people continue to rebuild their homes and lives after Sandy, "building back better" must become more than a slogan. It should be the basis of a new, climate-resilient approach to urban development across the nation.