Oxford-based group Glass Animals took to Central Park for an early evening performance, and it was nothing short of wonderful.

The show started in the early afternoon with a dance performance from Battlefest League. Four dancers took the stage and faced off in a series of 1-on-1 battles, showcasing a variety of street dance styles. Battlefest League is also promoting a film that they've released, titled Flex is Kings.

Following the dance-off was Taylor McFerrin. He is the eldest son of Bobby McFerrin, and his set of tunes really set the tone for the rest of the evening. His songs were full of jazzy influences, playing "Already There," a track that featured Robert Glasper and Thundercat, as well as "Decisions," a song with Emily King which he live-remixed during his set. 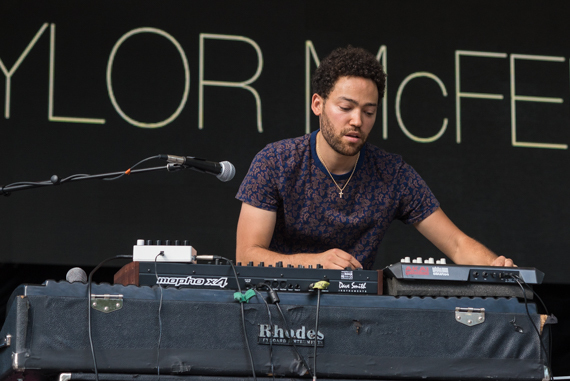 Following Taylor McFerrin, Glass Animals took to the stage, prompt and punctual. Pineapples dotted the stage, while balloon balls and animals floated among the crowd. The show used heavy amounts of fog that created a dreamy effect in the evening sun. 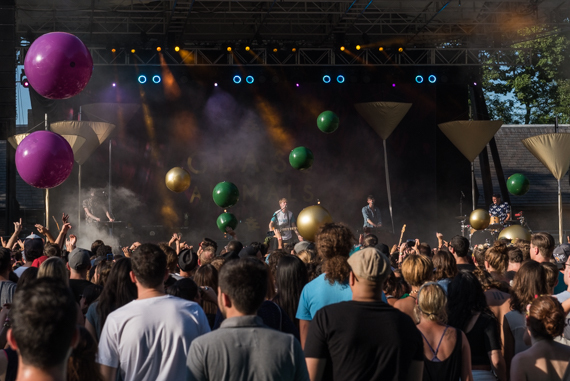 The band played songs from their debut album, Zaba, and incorporated covers from Kanye West and Yeah Yeah Yeahs. They also brought out rapper Rome Fortune to perform their reworked version of "Hazey". The fog was on full-blast at this moment, really adding to the atmosphere. 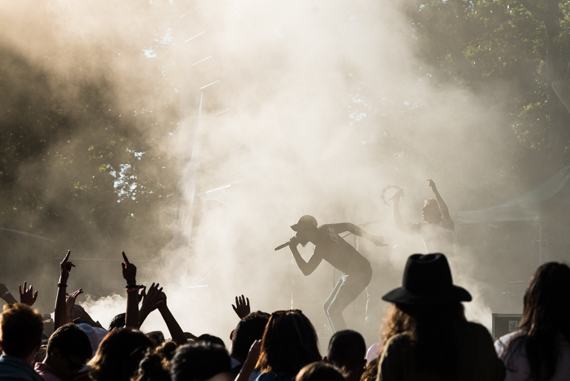 After a short break, a two-song encore followed, with lead singer Dave Bayley getting up-close and personal with fans. 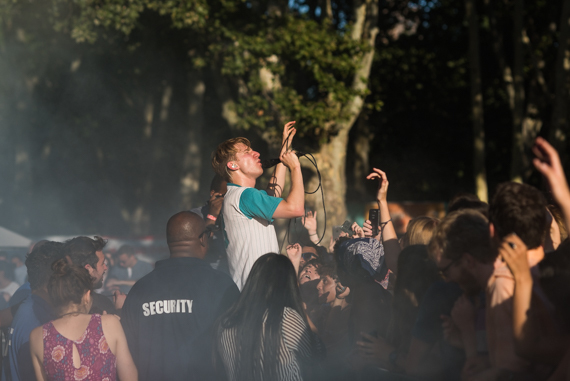 Glass Animals will be back in New York City in October at Terminal 5.

All photos by DeShaun Craddock. 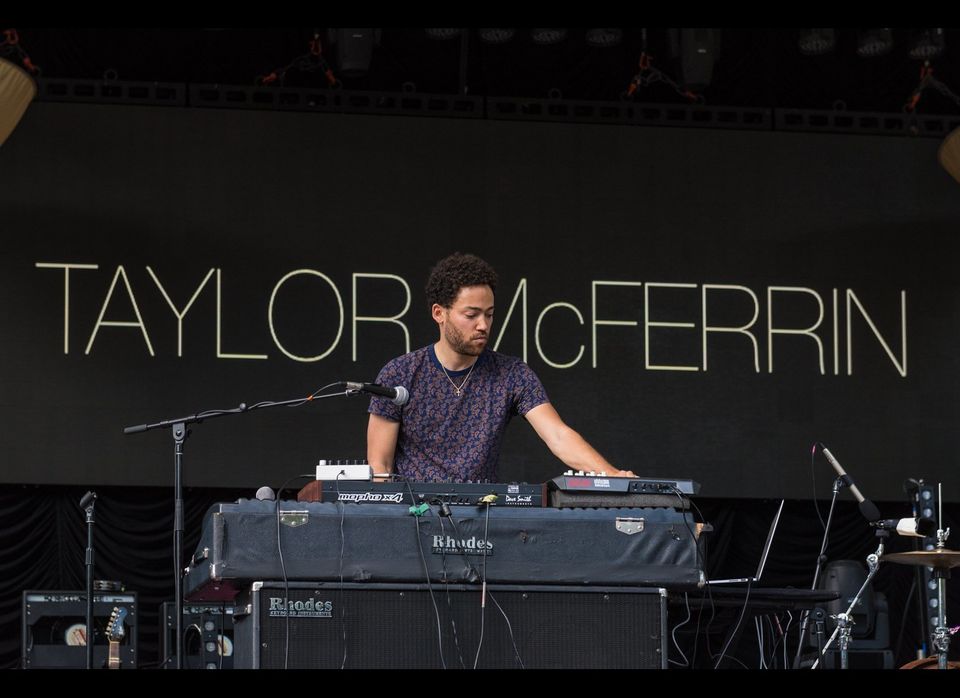