As most know by now, Kim Kardashian was held at gunpoint and robbed early Monday morning in Paris. Two “armed, masked men” dressed as police officers bound and gagged the 35-year-old, leaving her in a bathtub before making off with millions of dollars’ worth of jewels and a few personal items.

Over the past few days, many rumors and stories surrounding the robbery have come up. We’ve rounded up a few while we await a statement from Kardashian and her family about the horrifying incident.

1. Kim is reportedly “blaming herself” for the robbery.

A source told People that the reality star is “in shock and blaming herself” for the robbery and for putting the new bling (an estimated 20-carat, $4 million ring) she recently got from husband Kanye West on display.

“She’s tearing herself up that she Snapchatted the ring so much and wore it all the time,” the source said. “This incident is making her question everything. How she dresses, what she does.”

After the robbery, Kardashian reunited with West and her mother, Kris Jenner, and was notably missing her ring.

According to TMZ, Parisian police didn’t recover any surveillance video from inside or outside of the hotel where Kim was staying or any businesses close to the area. The outlet claims that the only video that exists comes from a police camera, which covers the front of the hotel, and reportedly doesn’t include images or clips of the robbers.

3. Some believe that Kardashian was followed before the incident.

Certain outlets allege that the reality star and business model was tailed by two people throughout her trip in Paris. The Daily Mail claims to have footage and pictures that show people tailing Kardashian closely by both car and motorcycle.

4. There’s a theory that the robbery was an inside job.

Kardashian is rarely just by herself, without her bodyguard or without cameras and paparazzi. Given the relatively small window of time the robbers caught the reality star alone, TMZ alleges that the concierge or someone staying in the building tipped off the thieves as to when it was the right time to strike.

5. Another theory suggests Kardashian was robbed by the Pink Panthers.

Multiple outlets speculate that the thieves that robbed Kardashian were members of infamous group the Pink Panthers, a Serbian robbery collective. According to the International Criminal Police Organization (Interpol), the international jewel thieves committed at least 380 armed robberies and stole over $374 million worth of goods from 1999 to 2015. Though Interpol ended their Pink Panther investigation this year, an ex-member of the crime group recently told The Daily Beast how and why Kardashian would’ve been an easy target for the group. 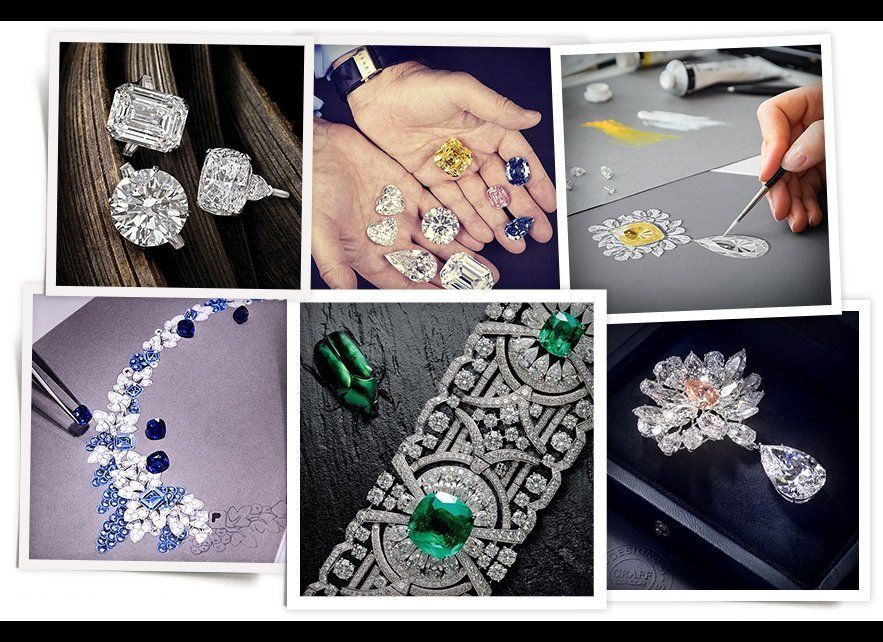 1 / 10
Graff Diamonds
<strong> Laurence Graff</strong> might have made a rare trip to the City of Lights in September for the Biennale des Antiquaires, but <strong>Graff Diamonds</strong> is firmly based at London's beating heart. If the cascade of yellow diamonds at the house's stand at the event gave a hint of what the workshops might be like, Instagram takes us right through the doors, with a veritable avalanche of carats, sketches of piece and even the famous $1 Million Hair & Jewel piece, created in 1970, just because. <a href="http://instagram.com/graffdiamonds" target="_hplink"> Instagram.com/graffdiamonds</a>