Those sad stories of 20-somethings with college degrees toiling away at service jobs in restaurants, coffee shops and department stores are more than just colorful anecdotes. It's truly a terrible time for recent college graduates to find jobs, according to data released by the New York Fed on Wednesday.

While recent college grads have always struggled to find work suited to their degrees, the share of unemployed and underemployed young people has been rising since 2001 and spiked over the past few years, thanks to The Great Recession, the report found.

College Graduates' Unemployment Rate Is Highest In 20+ Years
The share of unemployed recent college graduates in 2009 - 2011 was higher than it's been over the past two decades: 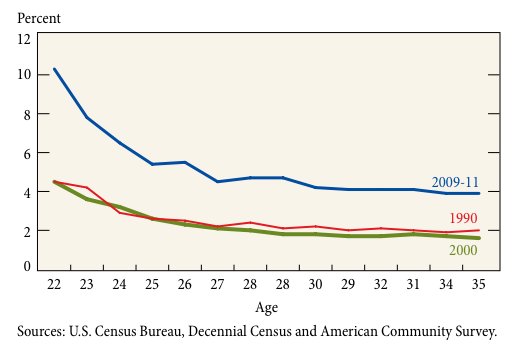 Their Underemployment Rate Is Also Highest In Decades
Many recent college grads who do have jobs are working in fields that don't require their degree: 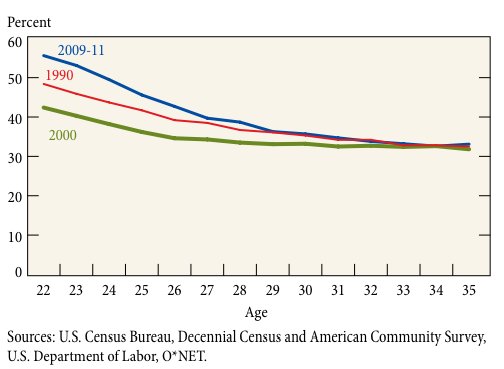 It Could Be Worse?
While recent college grads may not be putting their degrees to use, they're still better off than their counterparts without a degree: 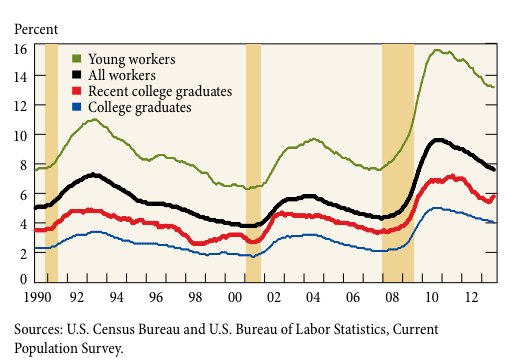