November is National Adoption Month and RaiseAChild.US is celebrating with twice weekly “Let Love Define Family™” series installments in the Huffington Post Gay Voices. Today, Rich Valenza, the founder and CEO of RaiseAChild.US,looks at the new face of equality.

Nine years ago when I walked into my first fost-adoption training here in California, I was welcomed to build a family. However, I also understood that the family I created would have to face a different set of rules. At the time, I wanted to have children so badly that I accepted that the family I created could not receive the same protections and benefits as the majority of the other prospective parents in my class. My family was different. We were destined to be different. I accepted that and moved forward.

Today, I am seeing a start of a societal shift. Instead of the focus on lesbian, gay, bisexual and transgender-headed families being different, it is more that the landscape for our families is rapidly changing. Now, both marriage and the opportunity to build a family through foster-adoption are available to LGBT people in the majority of states. As a result, we at RaiseAChild.US consider this November’s National Adoption Month as a truly historic one for our community.

In LGBT history, our challenges have been steep and often proved to unify our community in our battles. While I believe our LGBT culture will always be unique, I am beginning to see how the expansion of marriage equality is also providing two additional beneficial effects that I hadn’t originally imagined. First, I am seeing signs that marriage equality is accelerating the acceptance and understanding of LGBT people and our families in to the fabric of American society. Secondly, I am seeing that barriers are falling in the other direction too. At RaiseAChild.US, the numbers of prospective foster and adoptive parents jumped by 32 percent in the third quarter period as compared to last year. In addition, it is rather surprising that heterosexual couples and single women are responding in increasing numbers to our outreach campaigns that were originally designed for the LGBT community. Clearly, taboos are falling away on all sides and together we are creating more powerful, more inclusive networks whose existence just might be a testimony to true equality.

To learn more about the impact of marriage equality on family-building in our community and beyond, I spoke with leaders of LGBT rights organizations across the country. As we spoke, it was obvious that they too are excited about the unfolding possibilities for our families and the inclusive direction of our country. 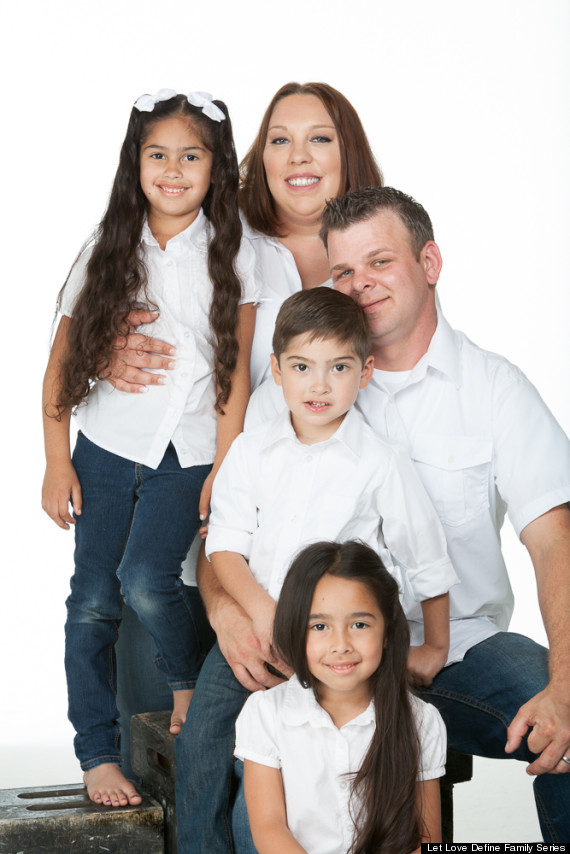 My first call was to Ellen Kahn, Director of Children, Youth & Families Program at the Human Rights Campaign Foundation in Washington, D.C.

“We probably will see some surge in the creation of LGBT-headed families,” Ellen said. “The ability to get legally married does give reassurance to couples who may have otherwise felt intimidated or less empowered to start a family just a year ago. I think the increase may also be about the changing norms for what our lives look like. Today’s generation of LGBT people think about raising children as part of the realm of possibility in ways maybe that our generation could not.”

Ellen shared that marriage equality is inspiring other good changes as well.

“On the heels of marriage passing in any state,” Ellen said, “our office usually hears from adoption agencies in those states realizing that ‘Wow, now that we’re a marriage equality state, we might have couples coming in tomorrow that are married and we need a whole different approach of how we work with them and what that means.’”

In my call with Gabriel Blau, Executive Director of Family Equality Council, I shared our recent discoveries. RaiseAChild.US outreach efforts and program services are not only attracting more LGBT people, but also beginning to attract increasing numbers of heterosexual prospective foster and adoptive parents to our website and events. It is a fact that surprises the RaiseAChild.US staff and also makes us proud.

“That is a good sign,” Gabriel said. “It just goes to show you one of the gifts that LGBT people bring to the nation is a renewed focus on core issues of our society that really affect us all. The work we’re doing is not just about gaining legal rights. It’s also about changing the culture around family. It is about educating people and creating systems and organizations and services that lots of people can relate to. It’s really expanding people’s ideas of how families can be made and constructed. That matches up with the reality of families across the country, many of whom are not married heterosexual parents living together. You know, children being raised by their grandparents, by their uncles, by single parents, by adopted parents and endless configurations of how these families came to be and what they look like. That’s really what we’re bringing to the whole country. People are getting to really understand the diversity of family. I think it’s really blessing for everybody.” 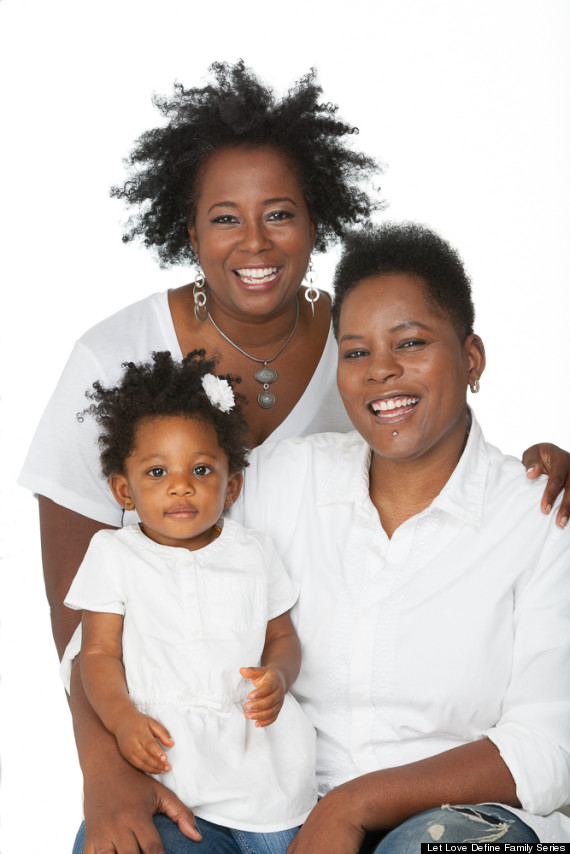 “I’m not so worried about ‘blowback,’” said Wolfson. “But I do think that we need to continue to help people see with their own eyes that winning the freedom to marry for same-sex couples means LGBT families are helped and no one is hurt. We need to keep drumbeating a message of reassurance and encouragement to keep growing our public support. We need to make sure we do that particularly in the places where the conversation is newer and where we’ve won the freedom to marry before we’d built that majority solid support. It’s one thing to have secured support for the freedom to marry in places like California or New York, or Massachusetts or many of the other states that we’ve won over time. But, of course, we’ve now won the freedom to marry in an additional large number of states just in the last several weeks -- in places like Wyoming, Utah, Oklahoma, Indiana and so on. There, we haven’t fully helped the public to see it and feel it and embrace it yet, so we have to find the things that work in those places while also creating the climate for progress in the states we haven’t won. So it’s not so much a question of blowback. It’s a question of completion. It’s a question of finishing the job. It’s a question of really sticking with it to help non-gay people fully get there and to help make sure we win the freedom to marry and secure it for all families in all parts of the country.”

Evan’s inclusionary message about doing the work for “all families” did not go unnoticed. I realize it is a common theme in these conversations. I now understand that the difficult work of our LGBT community toward full equality will also bring great benefits to our society as a whole.

“We now have won the freedom to marry in 35 states as compared with zero a little more than a decade ago,” said Evan Wolfson. “Now about two-thirds of Americans live in a free-to-marry state. We clearly are winning, but our work is not done.” 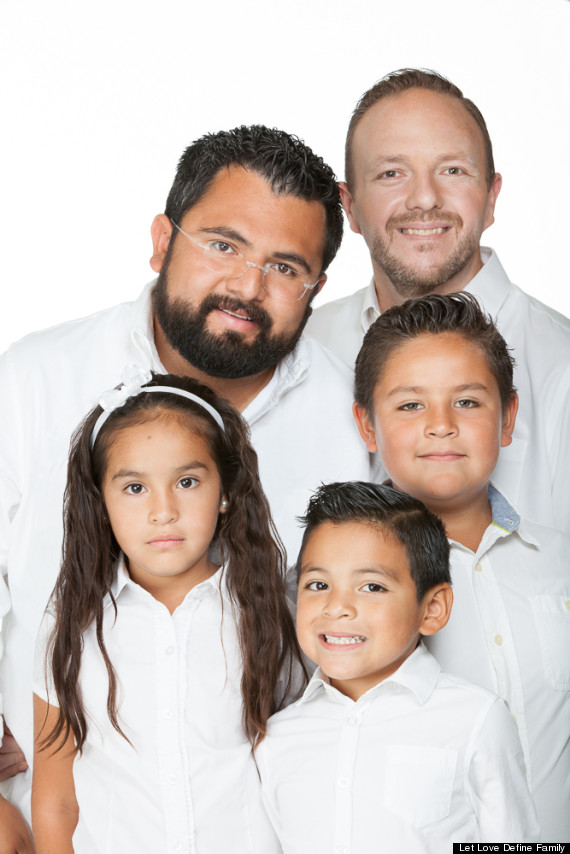 Evan Wolfson has devoted his life to winning the freedom to marry as he sees two main arguments for it.

“Marriage is not the only protection we care about,” Wolfson stated, “but it is the biggest single thing that we could win that would bring the biggest bundle of respect and acceptance and support and legal protection and economic protection and responsibility. It is also important to win marriage because we would be claiming the vocabulary of love, commitment, family, connection and inclusion that would transform non-gay people’s understanding of who we are and would help make everything else we also need and care about more attainable.”

So is the advancement of marriage equality effecting positive changes beyond our original goals?

“That’s exactly what we see happening,” said Evan Wolfson. “The fight for the freedom to marry has been the biggest single engine of reducing homophobia. Of helping people accept and understand and include us in the fabric of life in a much more whole and rounded way. It’s helping people make connections with us and see us as parents, as family members, as contributing parts of society, as people in love who’ve made a commitment to one another. All of that is going to help bring a much richer set of opportunities to people who live in parts of the country where there has not been as much visibility or conversation, where there’s been more resistance, more discrimination. The freedom to marry is –- and will continue to be –- an engine of progress and of improving the lived experience of gay people in every part of the country.”

For National Adoption Month, RaiseAChild.US is hosting two free events for prospective foster and adoptive parents. We hope you will join us and learn about the advantages of building a family through fostering and adoption. Tuesday, December 2nd at The Garner House in Claremont, CA. Wednesday, December 3rd at The Montalbàn Theatre in Hollywood, CA. RSVP and information at www.RaiseAChild.US.

Rich Valenza is the founder and CEO of RaiseAChild.US, a national organization headquartered in Hollywood, California that encourages the LGBT community to build families through fostering and adopting to serve the needs of the 400,000 children in the U.S. foster care system. Since 2011, RaiseAChild.US has run media campaigns and events to educate prospective parents and the public, and has engaged more than 2,400 prospective parents. For information about how you can become a foster or fost/adopt parent, visit www.RaiseAChild.US.