As the Mayan Calendar day that marks the turn of eras approaches, events and discourses flurry by.

Numerous experts, some true scholars, others from farther afield, are at lecterns all over the country, powerpoints of ancient, mysterious pyramids and royal tombs at the tap of a computer key. The academic experts are many, and well represented as this signal day of the ancient Mayan calendar offers a major focus on their research. Much less represented, but well-poised to make the occasion mean something more, are the Maya scholars of today.

The date, Dec. 21, 2012, signals the much-anticipated passing of the "13th Baktun" in the ancient American indigenous system of time keeping. For Mayanists and for apocalyptic aficionados, the date has a range of meanings. It has most particular meaning for the 6 million Maya people of Meso-American and their diaspora.

Dec. 21, 2012, is the actual, pinpointed day in the long arch of Mayan time-reading, when a major era -- a "baktun" of 144,000 days -- set within a Mayan Long Count of 13 baktuns, comes to an end. In the calculation of Maya priestly scholars of ancient times, the era now ending began on Aug. 11, 3114 B.C. (in Maya, 13.0.0.0.0 4 Ajaw 8 Kumk'u) and spans 5,125.366 solar years. This is the elliptical calendar calculated by these Maya philosophers of American antiquity. This is the highest possible season for conferences and events commemorating the Mayan world.

From Yucatan to Honduras and centrally throughout Guatemala, the new scholarship on Maya is a veritable industry. The Mayan world is a huge topic, with dozens of themes, hundreds of major sites, artifacts by the tens of thousands under study at any given time. Whole cities are excavated out of the forests of Meso-America, with tremendously exotic and exciting features: elegant and monumental architecture, cosmological alignments, highly artistic and meaningful works in precious stone, in massive columns and tombs, in writing and communications devices that still convey fresh histories of the ancient past.

Equally, there are highly instructive discourses in the currents of Mayan thinking among the actual Maya people, although one would hardly know it by the range of presentations on the great calendric event. We are hearing many great discourses on the Maya, but few, if any, discourses of and by the Maya. No doubt museum collections and the archeology, history and anthropology of Maya create a huge field. Equally huge and still deeply rooted is the creative energy of the contemporary Maya, at 6 million people among the largest populations of Native people in the hemisphere. The upcoming prophetic day and the calendric tradition that it identifies, has particular meaning for the many thinkers and leaders among the contemporary Maya, many of whom, in light of the Mayan traditional revival of the past several decades, are well versed in the traditional Calendar, the oral teachings of contemporary day keepers and the deep spiritual and philosophical legacy of their ancestors.

Confounding clarity, popular media culture has run amok with the prophetic day. Hollywood early in 2012 introduced "2012," a major end-of-world feature, using the day with which to predict catastrophic events such as tsunami that swallow up New York and California and a wobbling of the earth that shakes everything up.

The flood of catastrophic predictions and other misinterpretations skyrocketed. Thousands of references, websites, mystic pilgrimages and tours, dozens of documentaries flourished. TD Ameritrade, an online brokerage firm, ran a national ad challenging its own lie -- that the "Mayan calendar" predicts the end of the world. The Ameritrade voice sagely refutes the apocalypse. "On December 22nd," it reassures the world, "the sun will rise." Final pronouncement: "The Mayans were wrong."

In Washington, D.C., the National Museum of the American Indian (Smithsonian) works to counterbalance this long-term trend that marginalizes the direct knowledge of actual indigenous populations in the great sea of academic expertize. An educational website designed for use by teachers -- Living Maya Time: Sun, Corn and the Calendar -- is a clear source of information by Maya and other educators and a project vetted by Maya day keepers, among others. A daily count and meaning of the Mayan ceremonial day calendar is also online.

Maya thinkers and doers are important in representing their own cultural and historical philosophies. Among these is Jacalteco-Maya novelist and scholar Victor Montejo, Ph.D., whose novel, "Death of a Village," testified to the terrible war of annihilation against the Maya in the 1980s. Montejo is the major scholar of the Mayan "intellectual renaissance." Another Maya speaker, don Roderico Teni, is a culture-bearing man with deep knowledge on Maya-Q'eqchi natural world traditions in the development of human communities.

Both Montejo and Teni -- among others --will headline presentations on Mayan cultural and intellectual themes in December at the NMAI in Washington, D.C. Several programs by international institutions have yet to feature Maya-rooted intellectuals.

The Mayan-rooted discourse, which builds from the foundational values of community reciprocity and the teachings of the traditional oral culture, reports an indigenous thinking that is eminently worth considering, particularly on this season of interest and a sea of presentations on things Mayan. As don Roderico informs us, "We Maya don't know it all, but we still know what day it really is."

Recognizing Maya: A World That Doesn't End
The Mayan Calendar 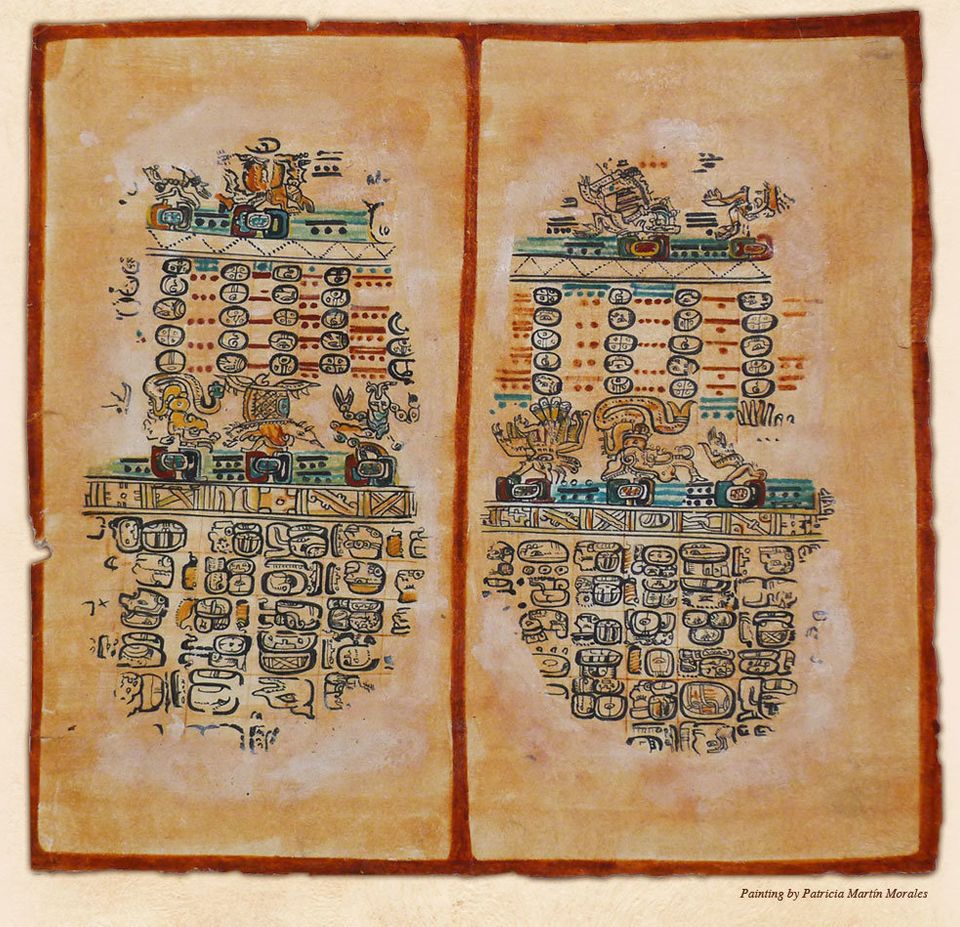 1 / 10
The ancient Maya were accomplished observers of the sky. This image shows Maya animal constellations found in the Paris Codex. Using their knowledge of astronomy and mathematics, the ancient Maya developed one of the most accurate calendar systems in human history. The ancient Maya had a fascination with cycles of time. The most commonly known Maya cyclical calendars are the Haab, the Tzolk’in, and the Calendar Round. Aside from these, the Maya also developed the Long Count calendar to chronologically date mythical and historical events. The 13 baktun cycle of the Maya Long Count calendar measures 1,872,000 days or 5,125.366 tropical years. This is one of the longest cycles found in the Maya calendar system. This cycle ends on the winter solstice, December 21, 2012.<br><br> For more info, visit <a href="http://maya.ikshare.com/calendar">Living Maya Time</a>.
National Museum of the American Indian