As we mark the 10th anniversary of Endangered Species Day, it's a time to reflect on how each of us -- individually and collectively -- can do our part to help reverse human impact on the environment that has resulted in what has been called the earth's sixth great extinction event.

Being mindful of the way our lifestyle choices at home impact habitat and wildlife is a great first step. Reducing water use, limiting the use of pesticides and herbicides in our yards, limiting our use of plastics, and making every effort to recycle as much of our household waste stream as possible are just some of the small but meaningful changes we can make in our day-to-day lives.

Together our small steps can make great strides, and our collective efforts can result in reduced pressure on threatened habitats and endangered species. 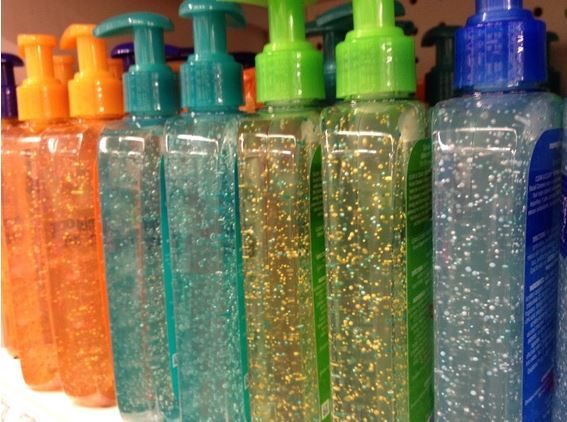 Many business and industry leaders now agree that efforts to conserve resources and minimize environmental impact result in a positive impact on their bottom line. Look for ways to join and encourage those efforts on the job: join your company's green team, suggest new products or processes that are better for the environment, participate in company-wide recycling efforts and programs.

I feel fortunate to be working at the Wildlife Conservation Society's New York Aquarium because we are involved directly in work with endangered species around the globe and right here in the waters of New York. Our local waterways help generate oxygen and regulate climate and the health of these waters is intimately tied to the health of our city. Scientists at the aquarium work tirelessly to understand the ecosystems in our seascape. 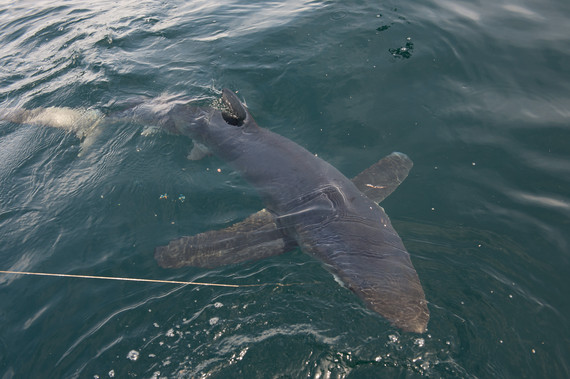 A blue shark in the Atlantic Ocean being tagged by New York Aquarium scientists. Photo by Julie Larsen Maher ©WCS.

As an example, our work with sand tiger sharks and other fishes and marine mammals allows us to understand the way coastal species use the complex habitats of bays, nearshore areas, and open water during various seasons and life stages. This research guides us when we're working with local communities, state governments, and our partners in shipping and recreational and commercial fishing industries to minimize by-catch, maximize protection, and protect key habitats.

By working with these partners, our goal is to restore healthy populations of local marine species and protect waters in and around our city.

New York's waters serve as a nursery, feeding ground and migratory corridor for hundreds of species of aquatic life, many of which are threatened or endangered. The New York Bight is also home to the Hudson Canyon, an offshore submarine formation the size of the Grand Canyon, whose walls rise three-quarters of a mile from the ocean floor. We hope to work with all stakeholders from science, government, and industry on the nomination of a National Marine Sanctuary offshore from New York that will protect deep sea corals and the unique ecosystems found in this marvelous place. 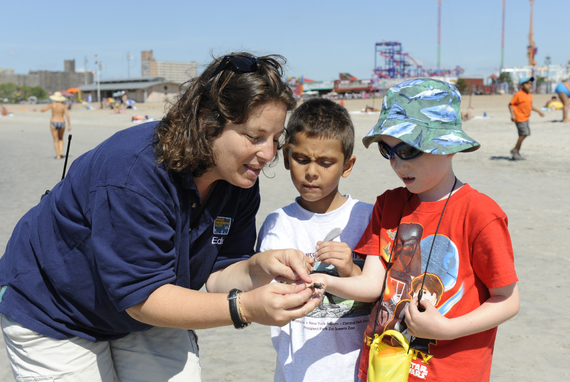 At the New York Aquarium's summer camp, educators offer age-appropriate experiences, including explorations of marine life on the beach and interactions with animals. Photo by Julie Larsen Maher ©WCS.

Here in New York WCS has five facilities to connect people to our work to save wildlife and wild places, but our reach is amplified and extended through our partnerships with other accredited zoos and aquariums because around the country they are leaders in saving species from extinction.

The Association of Zoos and Aquariums (AZA), of which WCS is a member, is observing Endangered Species Day by launching its SAFE (Saving Animals From Extinction) initiative. Through this program, the entire AZA-accredited zoo and aquarium community will focus their conservation science and wildlife expertise toward the goal of engaging 180 million visitors in saving species in the wild.

Across the 229 AZA-accredited zoos and aquariums, there are more wildlife care experts, more animals, and a greater opportunity to engage the public than any other entity. AZA-accredited facilities have three-quarters of a million animals representing 6,000 species, with close to 1,000 of them endangered in the wild. AZA institutions are already investing over $160 million annually towards field conservation to help save animals in the wild. With the new SAFE initiative, AZA has now identified 10 priority species and is developing conservation action plans for each.

AZA SAFE: Saving Animals From Extinction will join together the 180 million annual zoo and aquarium visitors with the resources and collective expertise of AZA members and partners to save the most vulnerable wildlife species from extinction.

We know that efforts to explore and educate the public about our local waterways can engage New Yorkers in their protection. For 120 years, WCS has harnessed the expertise in its zoos and aquarium with its global conservation programs in the name of saving wildlife. Now, in partnership with AZA and the SAFE initiative, we know our collective efforts will make an even bigger difference for endangered species around the world.

Endangered Species Day serves as a great opportunity to observe that we are stewards of this Earth and we should do all we can to protect our magnificent wildlife - both in our lands and our seas.